Boxing: Tyson Fury opens the door to fight Oleksandr Usyk for ‘honour’… and for big money! 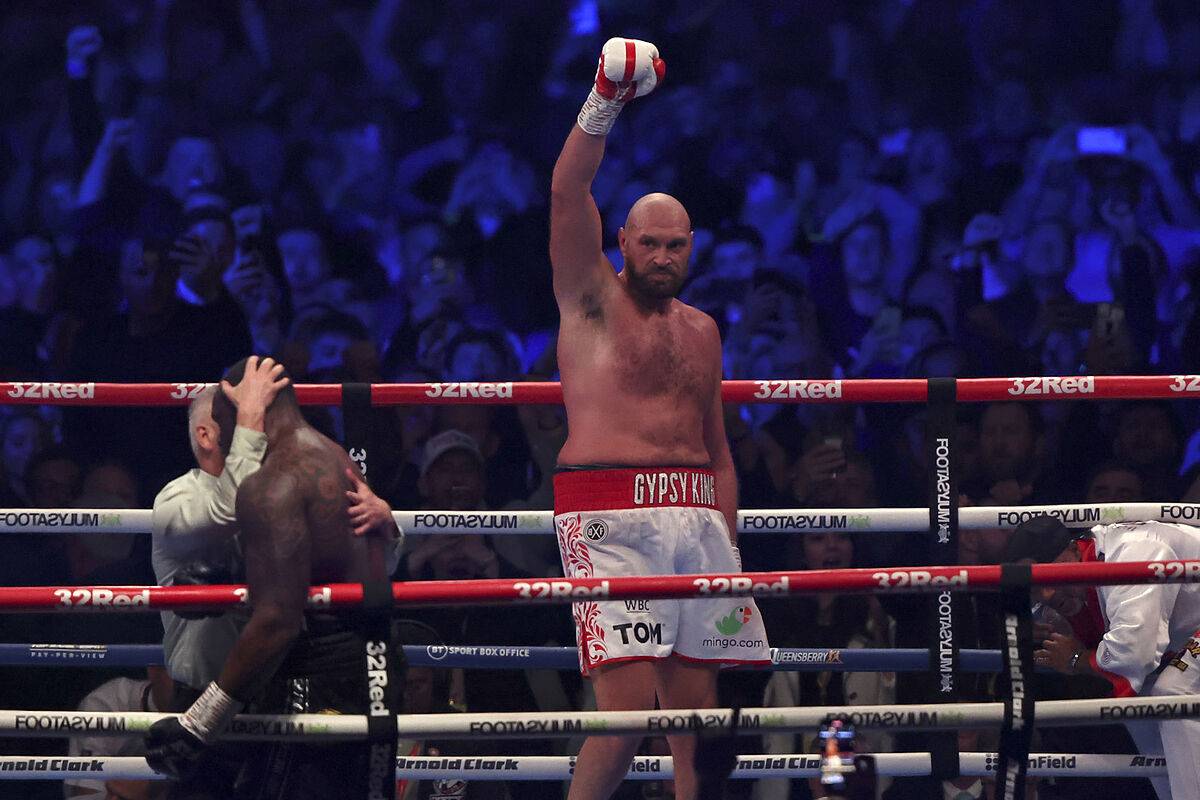 Tafter the fight they held in Saudi Arabia this Saturday Oleksandr Usyk and anthony Joshuafor the WBA, WBO and IBF heavyweight titles, the possibil

Tafter the fight they held in Saudi Arabia this Saturday Oleksandr Usyk and anthony Joshuafor the WBA, WBO and IBF heavyweight titles, the possibility of a meeting between the winner, Usyk, and Tyson began to float in the atmosphere furytheoretically retired but holder of the WBC belt.

As soon as the fight was over, the Ukrainian Usyk said he ‘knows’ that Fury, in reality, “is not retired. It would be magnificent fight him and I am convinced that wants fight me.” In fact, Usyk has gone so far as to say that he might retire if he can’t box Fury: “I want to fight him, and if I don’t fight with Fury, I won’t fight anymore.”

And Fury has picked up the gauntlet of defiance. In his social networks he has declared himself open to confrontation to, in some way, save the ‘honor‘ British: “I just watched Joshua lose for the second time to Usyk. I was out of reach. England have lost their belts [de campeón del mundo] but there is a remedy: Send the barbarian gypsy”. That is, himself. “Send me and I will ‘relieve’ the Ukrainian of their belts, as I did with the last Ukrainian”. Fury made these statements in a video that has since disappeared from the networks, according to The Mirror. He added the boast of qualifying both Usyk and Vladimir Klitschkothe ‘other’ Ukrainian that he cites -he beat him by decision in 2015-, as ‘dosser’, which comes to mean ‘vague‘or disastrous’.

However. Fury, now 34, stressed that this duel is possible but “it will not be cheap. It will be very expensive. Take out your checkbook,” he said, alluding to possible promoters. At the theoretical closing time of his career, his balance was 32 wins (23 by KO) and one null fight (against Deontay Wilder, in 2018).

Tags: Claro-mx/other-sports/boxing
Boxing: The trilogy of Canelo lvarez and Gennady Golovkin will be at the T-Mobile Arena in Las Vegas
Canelo vs. Bivol: Canelo Alvarez trains with former light heavyweight champion Alex Gvozdyk for his fight against Bivol
Boxing: Eddie Hearn: “Jake Paul lives deceived believing that he can beat Canelo”
BOXING 4244