Boxing: Tyson Fury reassures about his daughter’s condition and her father questions the fight with Wilder 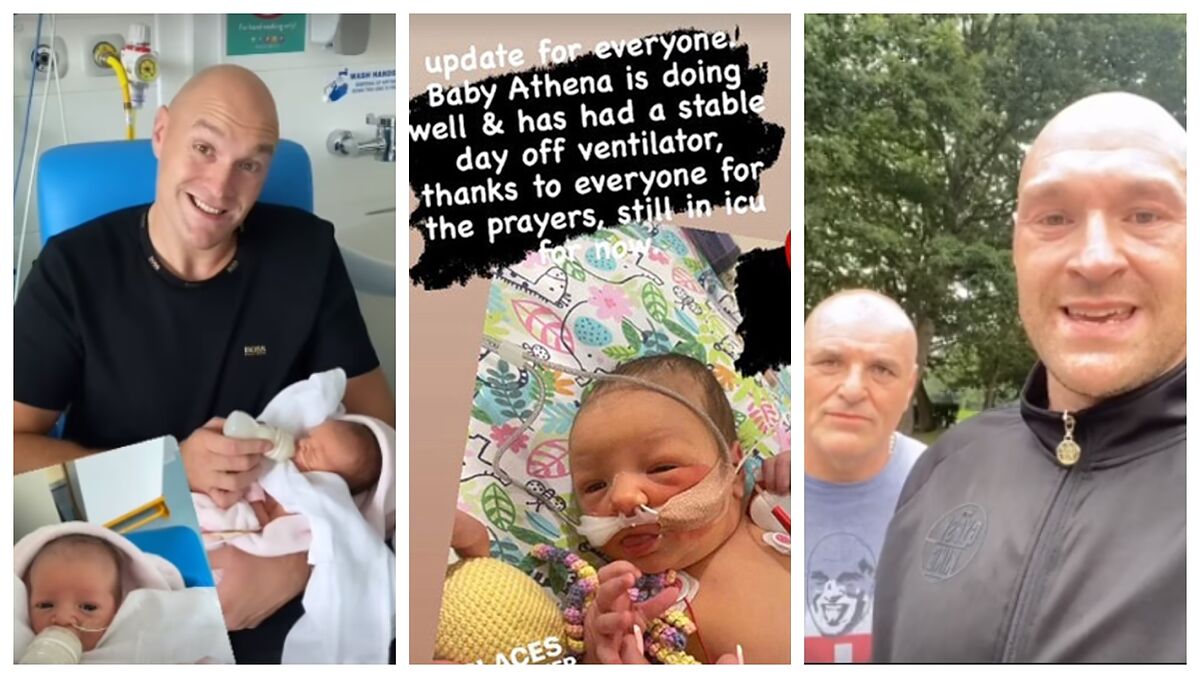 Tyson fury has revealed that his newborn daughter, Athena, has been released from the intensive care unit and "is on the mend." The wife of 'Gyps


Tyson fury has revealed that his newborn daughter, Athena, has been released from the intensive care unit and “is on the mend.” The wife of ‘Gypsy King’, Paris, gave birth to the girl last Sunday, August 8 and the little girl had to be admitted to the intensive care unit, where she required assisted ventilation.

The couple have already offered enough details about their daughter’s health, although it is unknown with what external problems Athena came into the world. The Manchester pgil, however, expressed his gratitude to all who cared for his daughter: “Thank God, thank you to all the doctors and nurses who helped her”.

Nevertheless, John Fury, Tyson’s father He has spoken of some very delicate moments that have diverted his son from everything sports. The next October 9 will take place the third fight between Wilder and the ‘Gypsy King’, and the truth is that the patriarch of the Fury is not clear that Tyson will be fit for combat, although today he published a video on social networks in which he goes for a run and says that he has already started training.

“Athena was dead for three minutes after birth and had to be resuscitated before going to intensive care”, has counted John Fury to BT Sports. “No one can expect a boxing match to take place at times like this. Family is family, business is business, and sport is sport, but family is first and foremost. If you are a family man who is happy and knows that everything is fine at home, then you can fight that night. &#8220;added the leader of the Fury clan.

The patriarch, even assured that the fight is in danger: &#8220;I am his father and he is in this situation and if the problems persist, we will cancel the fight, cancel the fight. But we want to fight Wilder, so hopefully Tyson will be able to bring his daughter home soon.. If all goes well, hopefully we start the camp on the 14th or 15th (of August). But if not, it&#8217;s just a boxing match and you can wait, &#8220;he clarified.

Tags: boxing, sports Center
The winner of the Usyk vs. Joshua will have to face official challenger Robert Helenius
Amateur Boxing Will Offer Money Prizes | sports
They supervise the level of Puebla boxers to form a state selection
BOXING 955