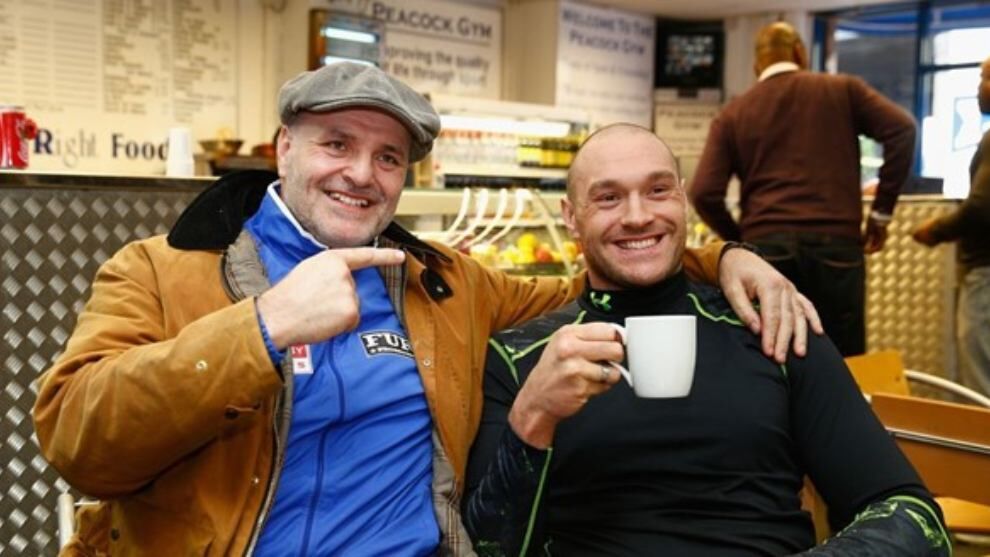 ANDTyson Fury's father, John Fury, believes that Anthony Joshua should not be judged critically despite the fact that last Saturday lost all of his

ANDTyson Fury’s father, John Fury, believes that Anthony Joshua should not be judged critically despite the fact that last Saturday lost all of his world heavyweight champion titles to Oleksandr Usyk.

Usyk defeated Joshua by unanimous decision (117-112, 116-112 and 115-113) to take the WBA, IBF and WBO belts. But John Fury believes that Joshua’s team developed an incorrect strategy that allowed Usyk to feel relaxed inside the ring despite not being the favorite.

“I think if he had used his weight a little more and put a little more evil in his punching, he could have done better,” said Fury’s father. “I was surprised because he is a big guy. He may have lost too much weight, but what I had to do was master it and put it under pressure, not let it calm down.”

YOU CAN SEE THE BEST BOXING, MMA, KICKBOXING, MARTIAL ARTS AND MUCH MORE COVERAGE IN ‘FIGHT SPORTS MAX’. Download the application now

In fact, John chided the boxer’s team for not changing their strategy after seeing Usyk overwhelm Joshua in the opening rounds. “When your plan is not working you have to change and his team did not. They kept saying in the eighth round: ‘Be smart behind your jab,'” he continued. Now Usyk and Joshua are expected to meet in the first quarter of next year.

Tyson Fury has a similar stance. He’s been criticizing Joshua in every interview for months, but decided not to “criticize” him after the defeat.

“I like to mess with someone who is doing well, successful, at the top of the game,” he said. “I don’t like to criticize people who are depressed and probably at their lowest ebb, mentally unstable or ill, when they have lost after such a long reign.”

DO NOT MISS THE FURY / WILDER III FIGHT, THE WORLD HEAVY WEIGHT CHAMPIONSHIP, ON OCTOBER 10. THE FIRST TWO FIGHTS OF HIS LEGENDARY TRILOGA, IN ‘FIGHT SPORTS MAX’. Download the application now.

Loading...
Newer Post
Basketball legend asks the NBA to force all players to get vaccinated against covid-19 or to expel them
Older Post
The negative balance of Barcelona SC in the semifinals of the Copa Libertadores | Football | sports