Boxing: Tyson Fury’s return is closer: “Show me the money and I’ll be back” 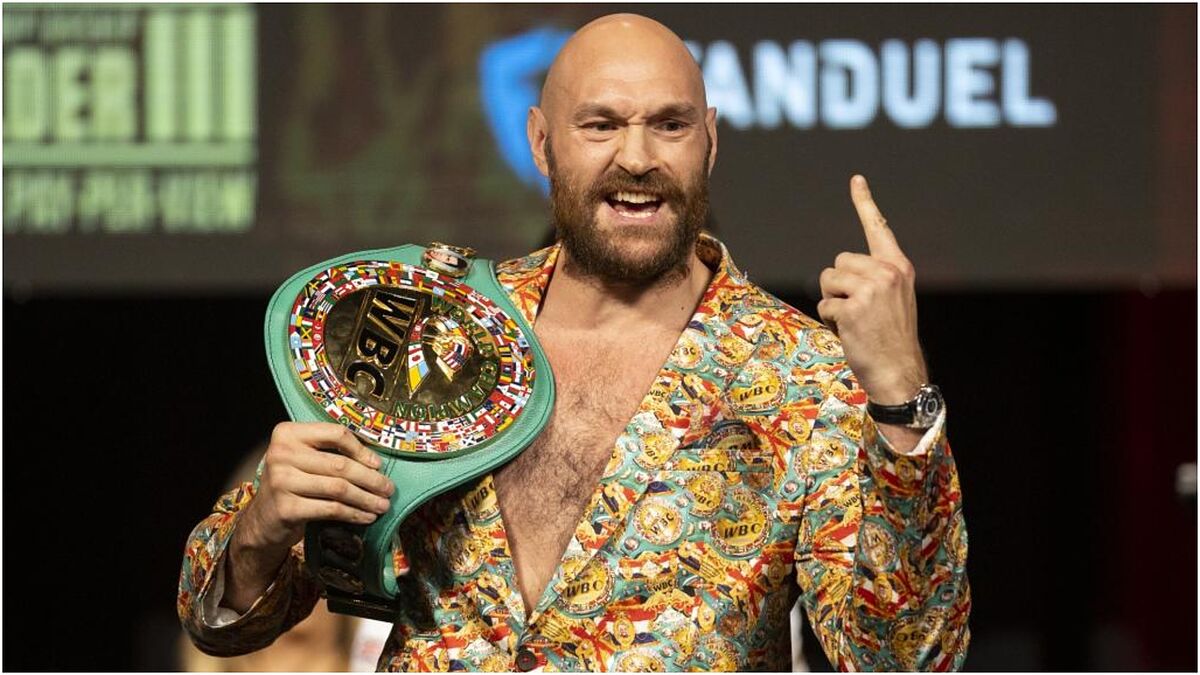 Tyson Fury will come out of retirement. The British boxer intends to step foot in a ring again. "Back in the ring 100%, like in the movie when Je

Tyson Fury will come out of retirement. The British boxer intends to step foot in a ring again. “Back in the ring 100%, like in the movie when Jerry Maguire yelled ‘Show me the money!“Announced Fury. A bag close to 200 million pounds (almost 230 million euros) will make him put on his gloves again with the idea of ​​a new fight and the unification of the world heavyweight belts as a possible objective.

Fury announced his retirement in April after KOing Dillian Whyte in a fight that took place at Wembley. he had agreed to resign in April after his KO of Dillian Whyte at Wembley Stadium. With a right hook in the sixth round, he defeated Whyte by technical KO. In this way, the ‘Gypsy King’ managed to retain his World Boxing Council heavyweight crown.

“We ran through a couple of hypothetical situations, I talked to Tyson again and we hope we have found something that Tyson wants to do. We were talking about various situations, maybe an exhibition fight, we don’t know, but something will come out of it. It goes without saying that the public will want to see Tyson back in the ring, where he is king. I want to see that,” says Warren.

fury fighting the winner of the rematch between Anthony Joshua and Oleksandr Usyk is not a priorityBut he didn’t rule out the possibility entirely. “What I will say to the people who want this fight to happen is that they better have a big checkbook because they take out the great GK [Gipsy King] his retirement to redeem this country once again is going to cost.”

The possible duel with Joshua, if he wins against Usyk, could take place in Saudi Arabia. An option that Fury has taken advantage of to pull irony at the time of their demands to accept said combat. “If Frank makes a deal with the Saudis, I hope he can get me free fuel for life because I’m spending a fortune on gasoline and diesel,” he said.

Among his possible rivals, the name of UFC heavyweight champion Francis Ngannou for a future exhibition fight.

Tags: sports Center, boxing
Boxing: Motobox returns this Friday to the Student Club
Puebla boxing trusts to fulfill its competition calendar in 2022
Chubut presence in the Ranking of the Argentine Boxing Federation
BOXING 3166

Loading...
Newer Post
German GP MotoGP 2022: Crivill: “The riders will give everything in these two races to find a place”
Older Post
Floyd Mayweather Jr responds to criticism; he remembers that, when he was almost 40 years old, he fought with a young 23-year-old Canelo