Boxing: Usyk and the Russian invasion of Ukraine: “Please, God, don’t let anyone shoot me” 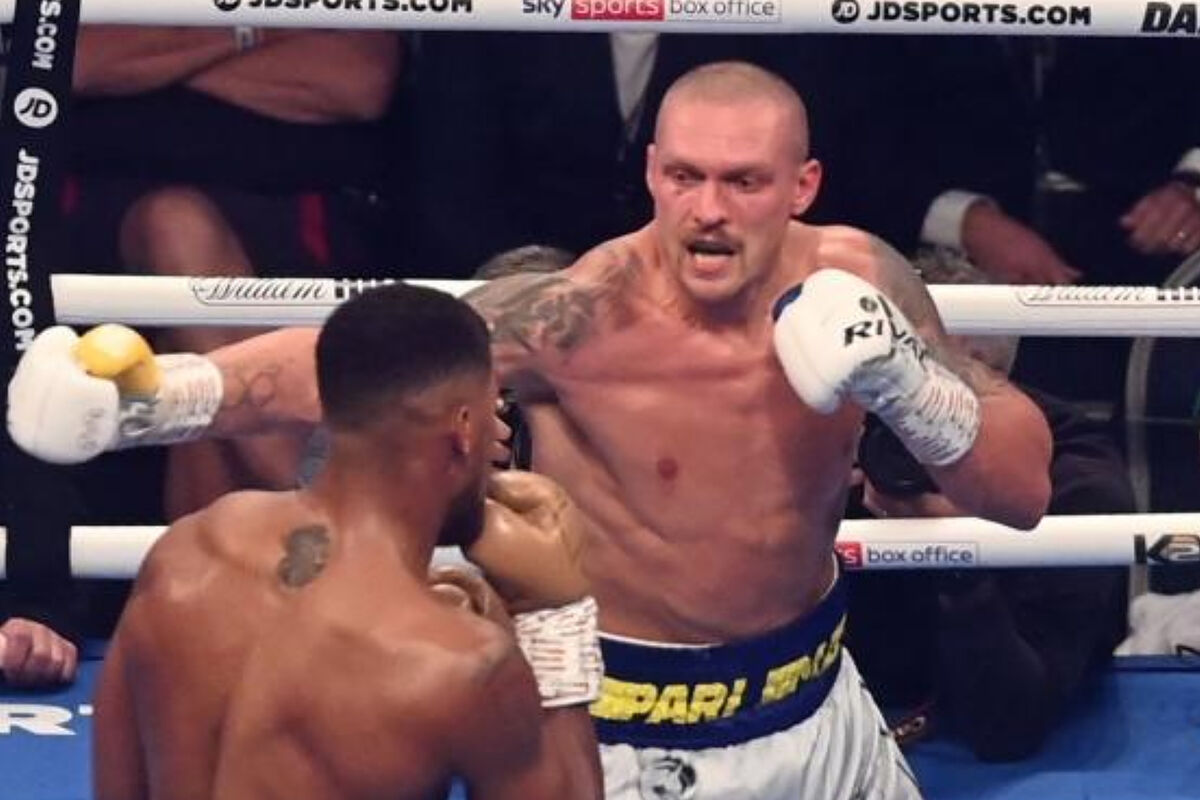 “Every day that I was there, I prayed and asked: ‘Please, God, don’t let anyone try to kill me. Please don’t let anyone shoot me. And please, don’t make me shoot someone else‘” says Oleksandr Usyk in an interview published Guardian. The Ukrainian boxer last days before his fight with Anthony Joshua this August 20 in Jeddah (Saudi Arabia), a rematch that was delayed after the Russian invasion of Ukraine, which forced the heavyweight champion to return to his country.

Usyk remembers how it was the day the Russian invasion of his country became a reality. “It was February 24, the day my daughter Yelizaveta turned 12 and, of course, she cried a little. My wife talked to her and explained what had happened, and soon my daughter understood very well what we are all dealing with in Ukraine,” recalls the WBA, IBF and WBO heavyweight champion.

Usyk left London to go to the front. Those days his children asked him “why do they want to kill us?”. Now, months later, the question is repeated, but the page has an answer: “I explain to my children that the Russians are trying to kill us because they are weak people. I also tell them that this is the same reason they are not going to win the war. We are stronger than them.”

The time at the front took its toll on him psychologically and physically. He admits that in the first month he lost almost 5 kilos. The The hardest moment was at the beginning of the invasion because he was not with his family. “I got through this because I prayed to God and felt confident again.”

His family home in Vorzel was raided by Russian soldiers who used it as a base for a short time. She does not hide when she is asked if she believes that the passage of time has normalized the conflict: “Some people are not doing enough to help Ukraine. A lot of people are trying to hide and just wait until the war is over and hope it doesn’t touch them, but it’s not possible, it will end up touching them one way or another.” Guardian.

the champion of the world just launched a collection of digital art. He wants to raise $2 million for the Usyk Foundation, which will support humanitarian aid for Ukrainians in need of medical care, shelter and food.

Now he only thinks about the fight with Joshua. In April received special permission to leave her countryand start preparing for the rematch against Anthony Joshua. “I’m going to box like it’s a normal fight, so I don’t know anything about Joshua. But won’t be as good as any other time I’ve fought. I’ll be better“. Then he plans to return to Ukraine.

Tags: sports Center, boxing
“Macho” Camacho, the lord and master of extravagant costumes
Canelo finally puts away his golf clubs and puts on his gloves to fight Golovkin
Boxing: Kiko Martnez wants to unify the crowns with Navarrete or rematch with Warrington
BOXING 4168

Loading...
Newer Post
Austria, the next stage for the Repsol Honda Team
Older Post
Nacho Monreal announces his retirement from professional football: “I can’t do anything else!”