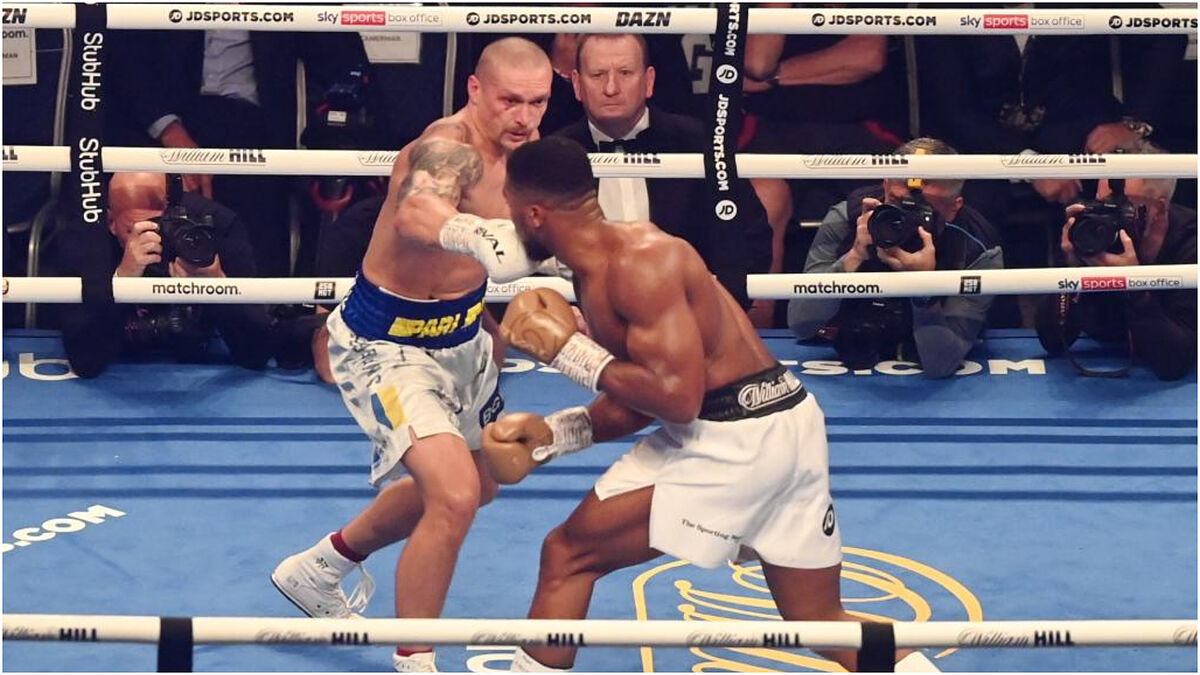 ORLeksandr Usyk is aware that Anthony Joshua can change his way of fighting in the rematch he will face after the first fight the Ukrainian pgil won.

Both boxers have planned to set their new fight for April 2022. JOshua suffered the second defeat of his career against Usyk when they faced off with the WBA, IBF and WBO heavyweight belts at stake. The battle fell on the side of the Ukrainian pgil, who won by unanimous decision (117-112, 116-112 and 115-113). Little did they bet on him as the winner in that fight.

In a recent interview, Usyk talked about what could happen in 2022 if, after winning Joshue again, he did the same with him. Reigning WBC Champion Tyson Fury. “If I get those four belts it will be a very strong statement from me,” Usyk said.

Joshua has hired a new coach and is reportedly training for a more aggressive approach to the rematch. He wants to regain his belts with a KO win, but Usyk doesn’t seem concerned at all.

“I don’t care if Joshua is ready to fight. Oleksandr is ready for any kind of fight,” Usyk said. “Of course, everything will change. All being new “Usyk continued, talking about how Joshua is likely to change his fighting style.

Tags: boxing, sports Center
Zlatan Ibrahimovic and boxing, a sport that could keep him away from football
Boxing: Tyson Fury could make the leap to MMA
Colombian team that will contest the World Boxing Championship
BOXING 1372

Loading...
Newer Post
A Formula 1, a Formula E and a WRC contested an unprecedented acceleration duel
Older Post
Kiss prepares its own museum: “You can also play golf and get married” – Up to date