Boxing: Usyk, greeted like a Jedi in Ukraine, talks about Joshua’s power 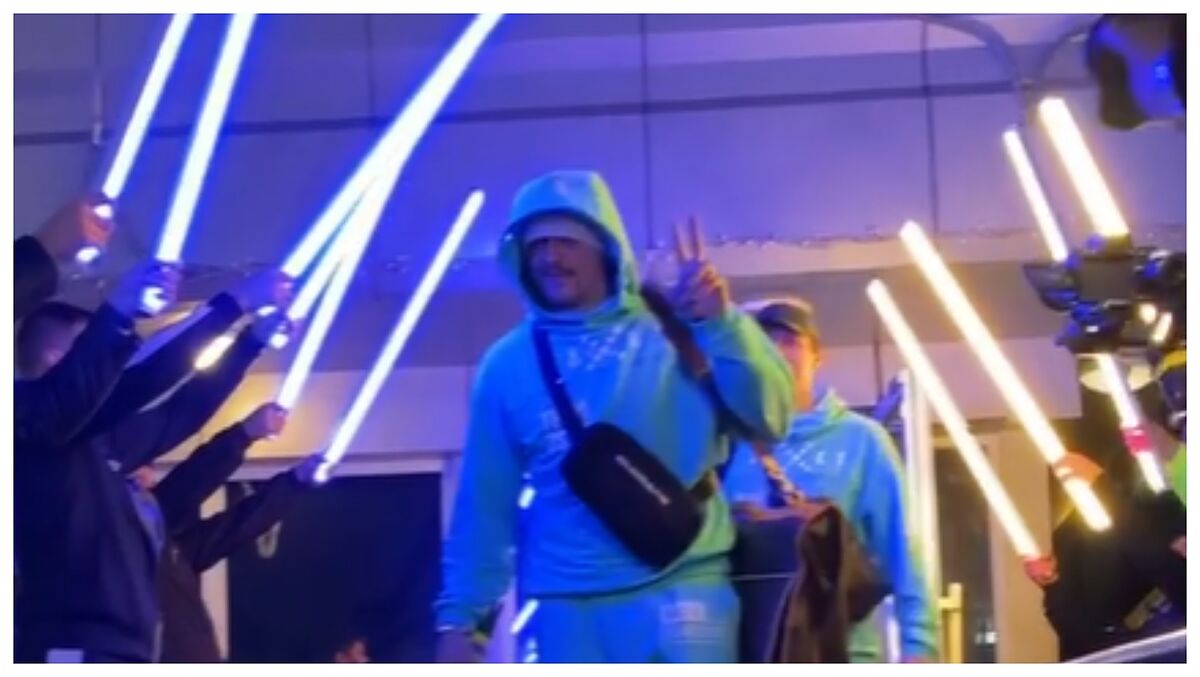 Oleksandr Usyk received a great welcome from his fans at Boryspil International Airport on his return to Ukraine after defeating Anthony Joshua Saturday night in London. The 34-year-old was greeted by a lightsaber honor guard, and ‘The Cat’, despite his obvious weariness, took time to sign some autographs.

The Ukrainian star defeated the British by unanimous decision at Tottenham Hotspur Stadium to AJ to be crowned as WBA, WBO and IBF heavyweight champion. He is now undefeated as a professional after 19 fights.

In a brief interview at the airport, the heavyweight champion said that he is now looking forward to spending time with his family. “I just want to be home. I want to take my children to school, plant trees and water them, and see my wife more.. I spent three months in training camp, I want to spend more time with her, “Usyk said.

Today we have heard new statements from the Ukrainian, who has counted: “When I entered the ring, I admired the stadium, the people, the lights. I had seen it in my dreams when I was 18 or 19, preparing for the Amateur Cup. One day I imagined a big stadium with many lights”.

Oleksandr also spoke of the power of Anthony Joshua: “I’m not going to hide that there were blows I felt on my chin, on my stomach, that sent me to Elon Musk (the moon) for a while, but it came back quickly”. Usyk, moreover, was received at the Kiev City Hall by his mayor, his friend Vitali Klitschko.