Boxing: Vasyl Lomachenko plays it this Saturday against Richard Commey 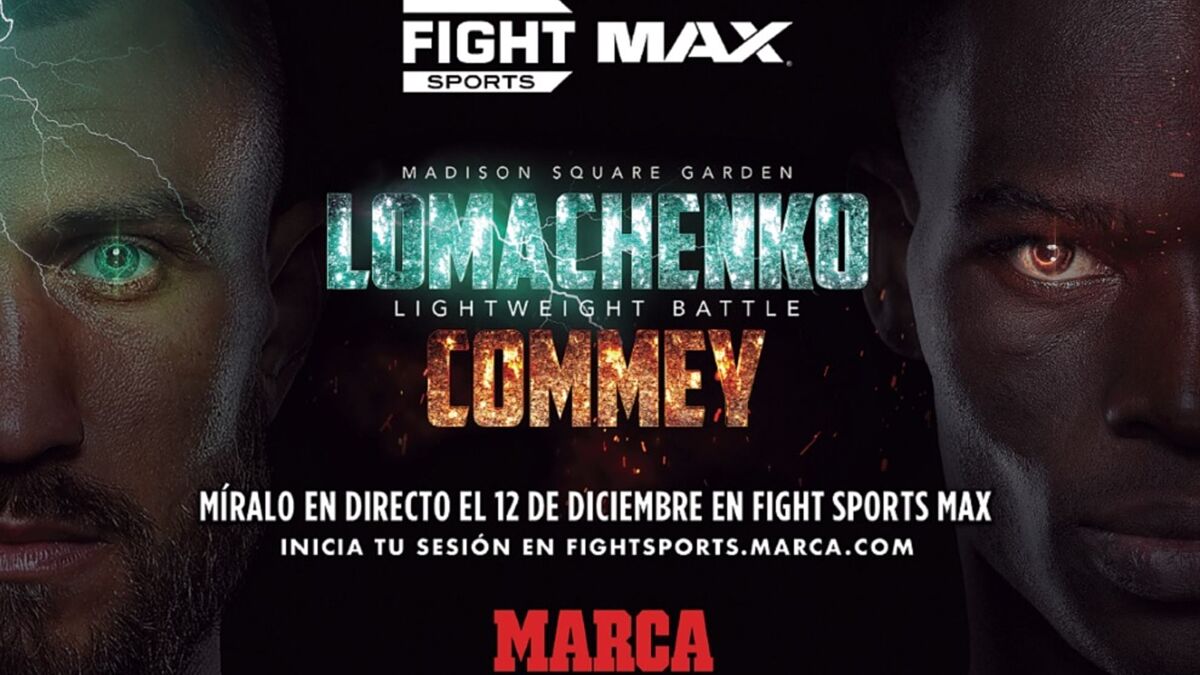 ANDThis Saturday at Madison Square Garden in New York, we will attend an excellent match. One of the great pgiles of recent years, the Ukrainian V

ANDThis Saturday at Madison Square Garden in New York, we will attend an excellent match. One of the great pgiles of recent years, the Ukrainian Vasyl Lomachenko (15-2, 11 KO), who after his surprising defeat against Tefimo Lpez losing his world belts, has remained active by defeating the Japanese Masayoshi Nakatani last June, facing none other than the former world champion, the ghans Richard Commey (30-3, 27 KO).

And we will be lucky to live it exclusively on Fight Sports Max, the Marca channel, at dawn from Saturday to Sunday.

A great fight, like the best boxing matches and the best finery of all combat sports, on Fights Sports Max, the Marca channel. Continuous programming of boxing and other multiple combat sports 24 hours a day. Get it for only 4.99 euros / month.

And now your promoter Bob arum, who is confident in the victory of the Ukrainian favorite, thinks of a great fight against the WBO world champion feather and super feather, the stylist, the fantastic American Shakur stevenson. The least of it will be the weight in which they will face, since it will be a delight for the fans to see two of the fighters who best teach boxing today on the ring.

The veteran promoter has declared that tomorrow turns 90 (many congratulations!), than to speak with the managers of both pgiles, with Egis Klimas, of the European, and with James Prince, of Stevenson, to reach an agreement.

Stevenson will want to fight at super featherweight (59 kg), although Lomachenko will not want to drop down from lightweight (61,250 kg). It is something that could be solved, although Lomachenko also has his sights set on the winner of a probable match between Devin haney (WBC world champion) and George Kambosos (WBA-IBF-WBO) for the unification of the four lightweight crowns.

For the moment, counting the days for that exciting Lomachenko vs. Commey next Saturday.

Tags: boxing, sports Center
Boxing: Fury: “I have prepared the fight with Wilder training like Rocky in his movies”
This Saturday new mixed boxing and K1 evening in Larraintzar
Dmitry Bivol net worth: How much will the boxer earn for his fight with Canelo?
BOXING 3158