Boxing: Vitali Klitschko, Putin’s scourge in the conflict between Ukraine and Russia 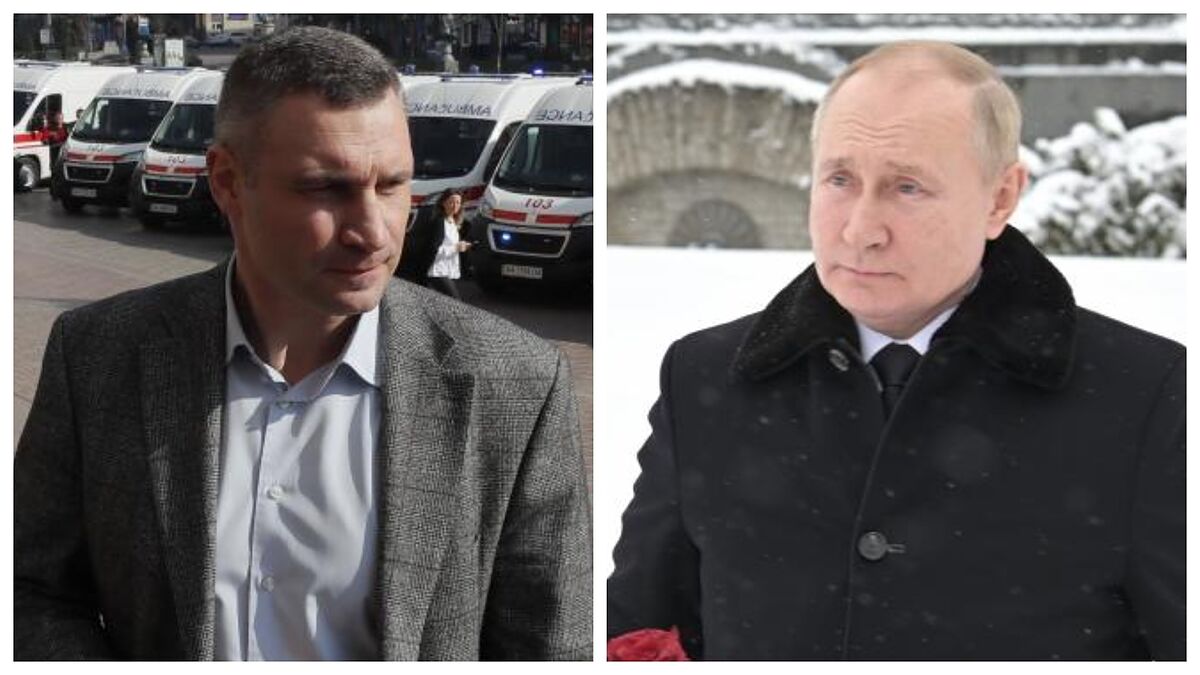 Updated 01/27/2022 - 21:29 yesand something is not missing Vitaly Klitschko during his boxing career was the determination, the same one he shows

Boxing: Vitali Klitschko, Putin’s scourge in the conflict between Ukraine and Russia

yesand something is not missing Vitaly Klitschko during his boxing career was the determination, the same one he shows now when he sends a message to his compatriots regarding the conflict between Ukraine and Russia. As the nation’s sports hero and current mayor of Kiev, ‘Doctor Iron Fist’ has established himself as a respected leader and speaker to the world.

The eldest of the Klitschko brothers has already said that he is ready to defend Ukraine from the front and has even charged against Germany, a NATO member country that in theory defends the same interests. Earlier this month, Vitali already signaled that Ukraine was at war by observing Russian moves and insulted Russian President Vladimir Putin, describing it as “gangrene.”

Klistcko, from boxing to politics

Before going to his statements, let us remember that Vitali proclaimed himself for the first time world heavyweight champion in 1999 and who came to reign in three different decades. He closed his boxing stage definitively in 2012, although he previously recast his political party (the one he launched during a previous withdrawal) as UDAR (Ukrainian Democratic Alliance for Reform) and opted for mayor of Kiev in full Euromaidnthe movement that ended up overthrowing President Victor Yanukovych, protected by Russia. In 2014 I assumed the mayorship of the Ukrainian capitalafter forming an alliance with today’s former president Petro Poroshenko, who was also not in line with Moscow.

The conflict between Ukraine and Russia

These days we are witnessing an escalation of tension, which could lead to the Russian invasion of Ukraine. After the Euromaidn protests in 2014 and the consequent fall of President Vktor Yanukovych, Putin maneuvered to promote in record time – including the referendum – the creation of the Republic of Crimea, recognized only by Russia, which he annexed to its territory.

Fight a war with Russia? be in the front

In his speech, he showed that he is prepared for everything: “As a former officer, I spent a lot of time in the army. As a former soldier, I am ready to defend my country.”to defend the independence and territorial integrity of Ukraine. Fight in the war against Russia? Yes, of course. fight on the front”said the mayor of Kiev.

During these days, various NATO countries, to a greater or lesser extent, help to arm Ukraine in the event of a war, and the expgil has had harsh words for germany, the country in which, curiously enough, he fought so much during his career. The Ukrainian government requested military material from Foreign Minister Olaf Scholz, and the Ukrainian Defense Minister, Christine Lambrecht, announced: “We will supply Ukraine with 5,000 helmets, as a clear signal: we are by your side”. As he said, the helmets were among the requests.

However, Klitschko thus analyzed in the Bild newspaper the ambiguous position that he believes the Teutonic country is having. “The behavior of the German government leaves me speechless. Apparently, the German Ministry of Defense has not realized that we are facing perfectly equipped russian forces that they can start another invasion of the Ukraine at any time. What kind of support will Germany send next? Pillows?”.

Vitali continued in this way: “There is great disappointment in the Ukraine because the federal government sticks to Nord Stream 2 and does not want to supply defense weapons. This is lack of assistance and betrayal of friends in a dramatic situation in which our country is threatened by Russian troops from various borders.

Klitschko refers in his message to Nord Stream 2 gas pipeline, which links Russia with Germany and passes through Ukraine, and which is close to being launched. In this sense, the US State Department has made it clear today that the conflict is likely to affect this project. Joe Biden intends this to be a favorable and not an unfavorable negotiation weaponand for this “they are working with Germany”.

Tags: sports Center, boxing
Boxing: ‘Money Kicks’ finalizes a fight with Mayweather: “I grew up with lions, I’m not afraid of him”
“I am sure that Mayweather and McGregor have contacted each other for the rematch”
Unprecedented boxing match: a policeman knocked out a prisoner in one round and then charged him
BOXING 3119