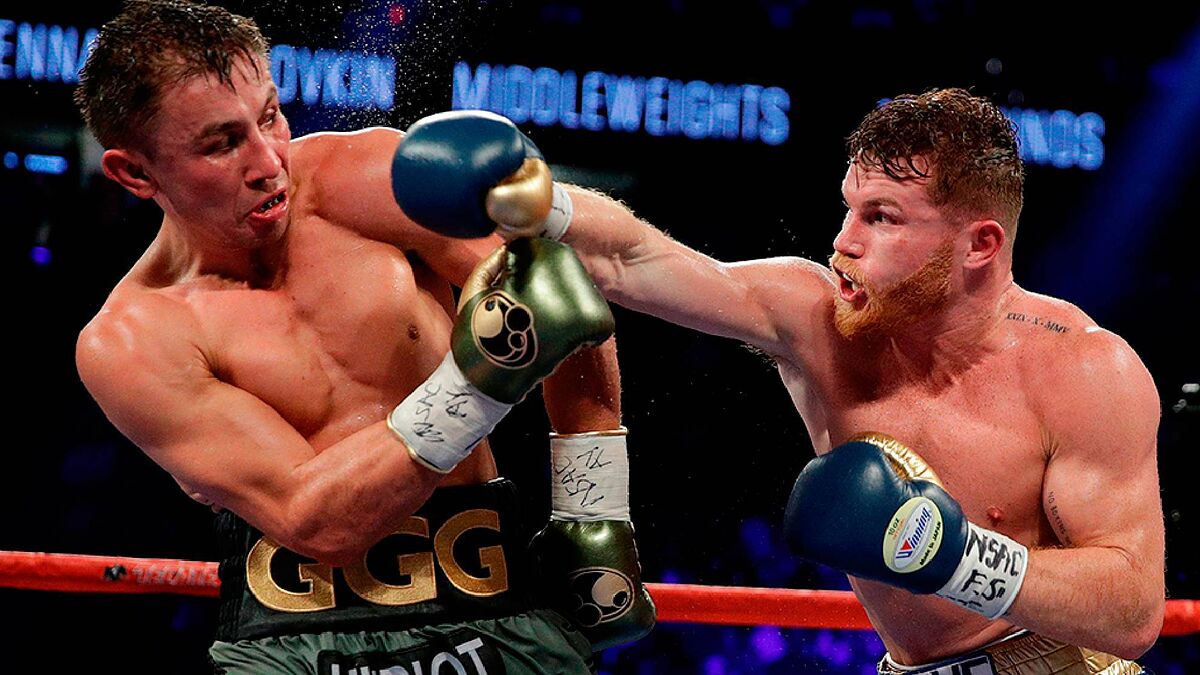 Saul 'Canelo' Alvarez and Gennady Golovkin They already have a date to complete the trilogy of their rivalry. The next September 17 Mexican and Ka

Saul ‘Canelo’ Alvarez and Gennady Golovkin They already have a date to complete the trilogy of their rivalry. The next September 17 Mexican and Kazakh will put on the gloves to continue what they left pending in September 2018.

So far the balance of their rivalry has left a victory for Canelo and a draw, were the results fair? Here we review the story.

Was the September 16, 2017 that Canelo and Golovkin collided for the first time at the T-Mobile Arena in Las Vegas, Nevada. After 12 rounds the judges declared a tie, opening the door to a second episode.

In the first fight ‘GGG’ threw more punches, but it was Saúl who landed the most. As for power shots, the figure favored Guadalajara, by 114 to 110.

The controversy in equality came at the time of reviewing the cards, since Adelaide Byrd gave Canelo a 118-110, a marked difference compared to those given by Dave Moretti (113-115 for Golovkin) and Don Trella 114-114.

Looking at the Compubox stats, the trend repeated itself: Golovkin shot more, but Canelo was more effective (34% of his attempts were landed).

will be the next On September 17, ‘GGG’ seeks to equalize the balance against a Canelo Álvarez eager for victory, after suffering the second defeat of his career.

Tags: Claro-mx/other-sports/boxing
Boxing: King Kong Ortiz explodes against Andy Ruiz and accuses him of running away: “He’s a coward”
Boxing: Nacho Beristin and Canelo’s fight against Bivol: “It was very strange, it has more quality than it showed”
Boxing: Tyson Fury kicks a taxi that refused to take him for being drunk
BOXING 3166