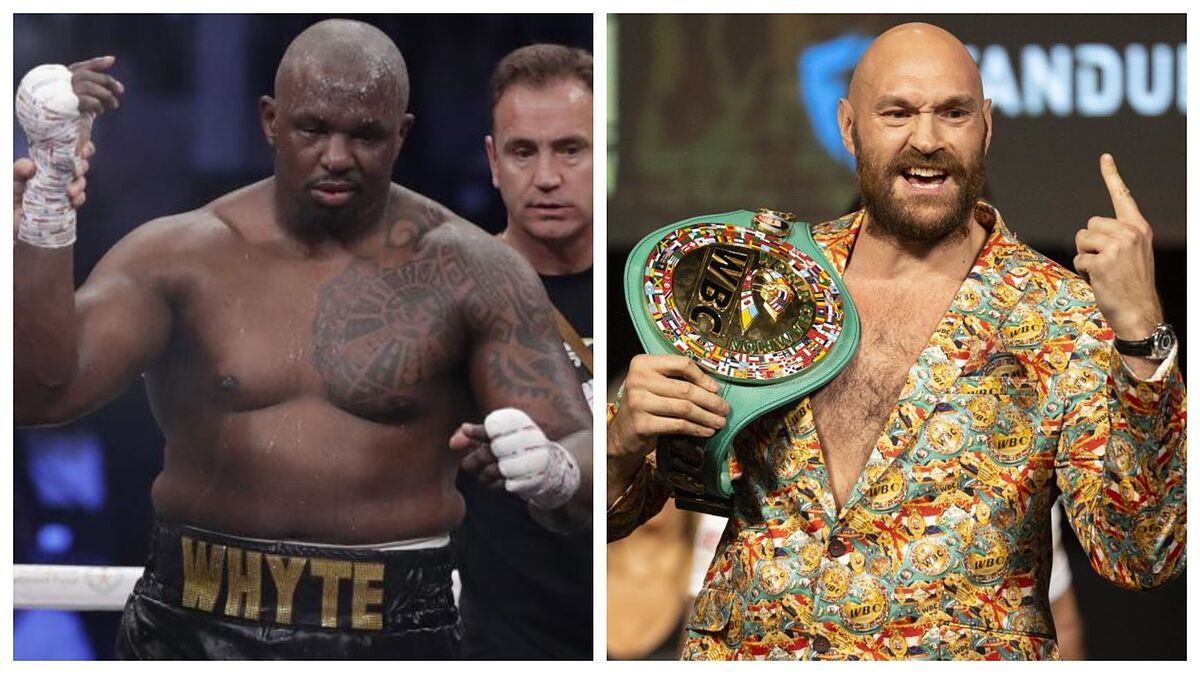 CA decisive week begins for the future of the heavyweight. Tyson Fury puts the World Boxing Council title at stake against the 'eternal' contender

CA decisive week begins for the future of the heavyweight. Tyson Fury puts the World Boxing Council title at stake against the ‘eternal’ contender for the WBC belt, his compatriot Dillian Whyte. It is a British duel in which many would have preferred Joshua as a rival of ‘Gypsy King’ instead of Whyte, but that will be without a doubt very interesting. Not surprisingly, they are going to fill Wembley Stadium.

‘The Body Snatcher’ arrives eager for glory, after assimilating and then returning the setback that was the tremendous knockout that Povetkin gave him. Since that loss, Whyte has practically not stopped training and focusing on his career to achieve his goals.

The Port Antonio-born boxer unloaded against Fury and made it clear that he can’t wait to get in the ring at Wembley Stadium: Right now I just want violence to be honest. I just want the violence to start. I’m calm, I’m fine, but inside there is rage and violence,” he told BT Sport.

Perhaps Whyte is still upset about everything Fury has ‘pushed’ him, especially before the fight was announced. Both boxers, friends in another time, will fight for British supremacy. According to Whyte, his rival respects him much more than fans might think: “Everything he says contradicts himself. Why do a 12-week ‘Spartan boot camp’ for me? Then he says that I am a nobody and that he is the best of all time, the new 2.06 Ali, Tyson, Frazier and Foreman all in one. So why do you train so hard for me?” the wannabe wondered.

Tags: sports Center, boxing
KSI takes aim at Conor McGregor and Floyd Mayweather: “After beating Jake Paul, why not?”
His feat of undisputed champion is matched by two other boxers
Mike Tyson would rather make millions than be a coach
BOXING 3637