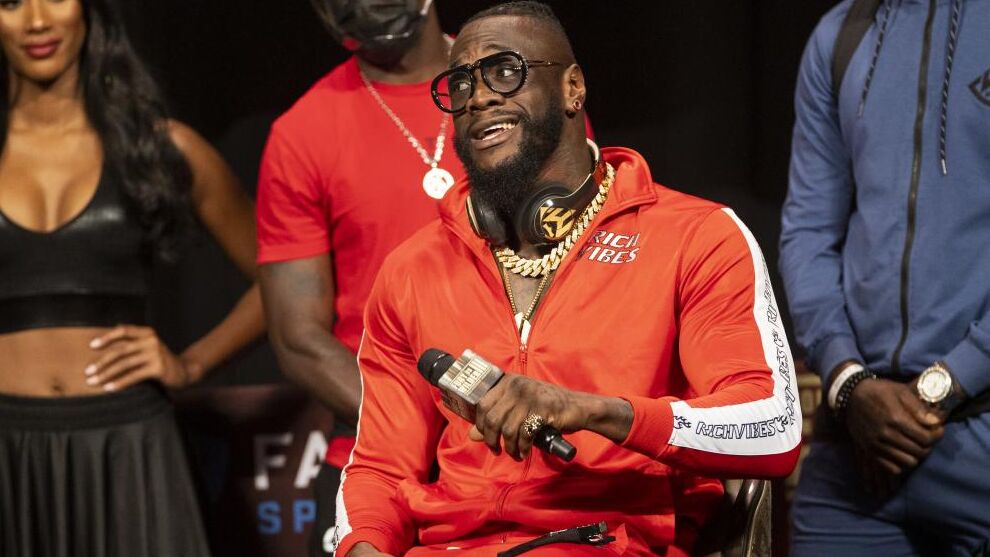 Deontay Wilder wants revenge. The American boxer (42-1-1) reaches the expected closure of the trilogueagainst Tyson Fury (30-1-0) with a single go

Deontay Wilder wants revenge. The American boxer (42-1-1) reaches the expected closure of the trilogueagainst Tyson Fury (30-1-0) with a single goal in mind: to win, at last, by ‘Gypsy King’ and prove that he is the king of heavyweights. After two unsuccessful fights it is his task and for that he has worked.

It should be remembered that Deontay Wilder had it in his hand to defeat Tyson Fury in his first fight. Finally, the natural boxer’s reaction to Manchester made the jury decide for a tie, somewhat controversial, as is always the case with such decisions. Subsequently, their second duel was favorable to the British, although Wilder He has not stopped stating that there were traps.

His accusations have not succeeded, and reach the end of the trilogue without having defeated Fury and with alarming tactical problems. Despite this, he says he is more than prepared. “You are before a rejuvenated and reinvented Deontay Wilder. Old Deontay be no more. I can not show it, you will see it in combat “, explained the Alabama.

It can be based on a change of coach, since Malik Scott replaced Mark Breland. “He is a wonderful person. We have formed a real brotherhood during training. I needed the change to not have distractions and be mentally well,” he commented Wilder.

‘The Bronze Bomber’, as it is known Wilder, search in Las Vegas the title of champion of World Boxing Council against a Tyson Fury who knows very well the dangers of the American. &#8220;It is &#8216;an atomic bomb&#8216;. The most dangerous of the heavyweights that exist &#8220;, sentenced in the hours before the confrontation.

Loading...
Newer Post
US GP F1 2021 – Results of Free Practice 2 of the Formula 1 United States Grand Prix
Older Post
Junior dos Santos on his last stage in the UFC: “They were unprofessional”