Boxing: Yordenis Ugs: “Pacquiao’s is the most important fight of my life” 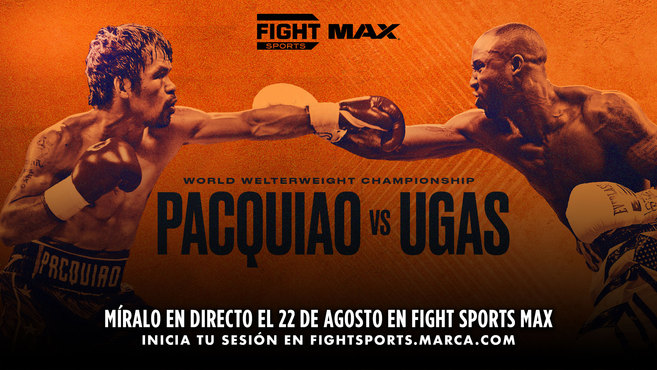 Updated 08/13/2021 - 13:10 Eight days from one of the great bouts of the summer, Cuban Yordenis Ugs, substitute for Errol Spence due to the probl

Eight days from one of the great bouts of the summer, Cuban Yordenis Ugs, substitute for Errol Spence due to the problems in one of his eyes, becomes aware of the importance of the fight that will make him go up on August 21 in Las Vegas against the Filipino Manny Pacquiao. He had planned to box that night against Argentine Fabin Maidana, but the mishap made the two fights merge into one.

It is no longer just defending the WBA welterweight title, a belt that he achieved after declaring himself the vacant throne because of Pacquiao, 42, reluctance to fight, but because he will surely face the most mediatic fight of his career, which can be followed in Spain through the Fight Sports channel.

“I am fighting for my legacy, for my country”, said the pgile when it was known that he would be the chosen one. “It’s the most important fight of my life. Pacquiao is the favorite, but I am the champion. And fighting a figure like him motivates me even more.”

Pacman, meanwhile, remembered that it was the Cuban who inherited his belt. “He has it because of my resignation, but that doesn’t mean I’m going to underestimate him. I think it will be a good fight between the two and that the public is going to have fun.” Pacquiao has not stepped into a ring since July 20, 2019, when he won a split decision over American Keith Thurman. When he gets into the ring on Saturday, it will be a 26-year career.

Bronze at the Beijing Games

Ugs, 2005 lightweight amateur world champion and bronze at the 2008 Beijing Olympics, he jumped to the pros in 2009. 35-year-old and a Miami resident, Yordenis started out playing baseball, but quickly switched to boxing. He participated in the World Boxing Championship for cadets (under 17 years) based in Bucharest, Romania, in the immediate superior division, 60 kilograms (light), and returned to his country with the gold medal, by defeating in the final fight against Russian Artem Subotim. Then came his consecration in the amateur field with that World Cup in Myanmar.

Nicknamed the 54 miracles, His professional career has been discreet until last year he had a chance to win the WBA welterweight world crown against Abel Ramos. That he has only fought once before in Las Vegas out of 30 bouts (26-4) – and as the opening act for Pacquiao precisely in the Filipino’s last fight – says it all. Their time has come.

Tags: Manny pacquiao, Fight Sports, boxing
Boxing: Fury: “Anxiety is one of the worst things anyone could have”
Muhammad Ali’s grandson inherits his ‘gift’ for boxing: KO in the last fight and undefeated
Boxing: Official: Manny Pacquiao, the only eighth-time champion in history, hangs up his gloves: “Thanks boxing”
BOXING 2573