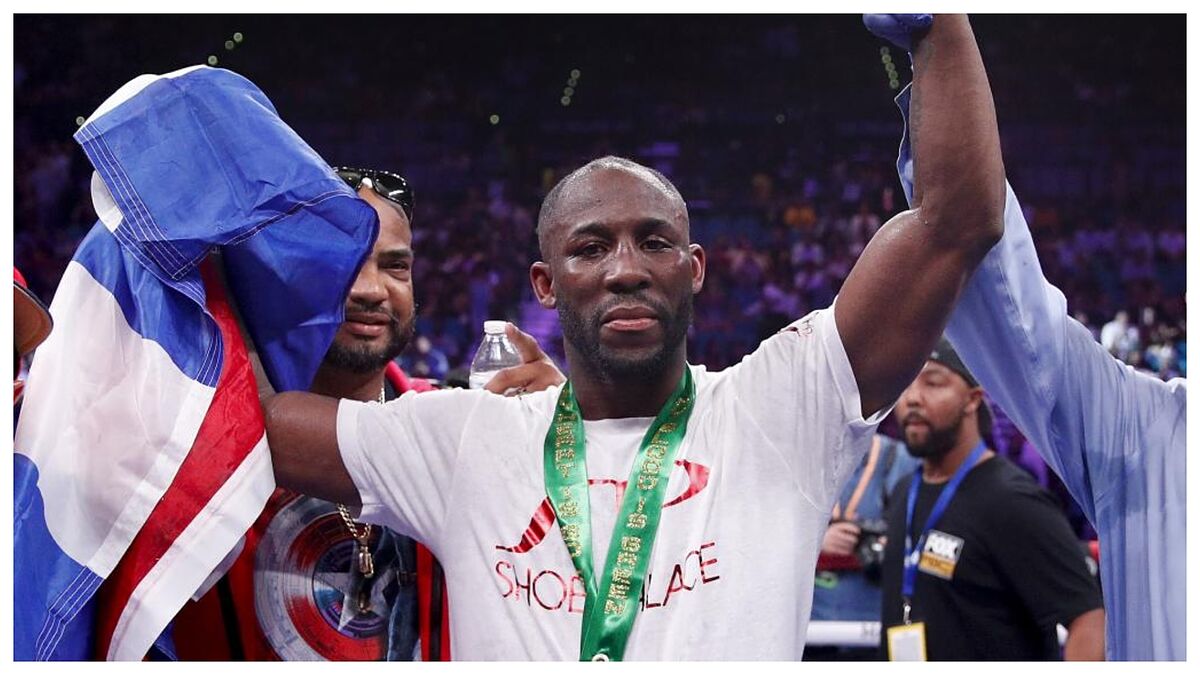 Yordenis Ugs (26-4-0, 12 KOs) was already part of the card that had as its main event the fight between Manny pacquiao and Errol Spence. Curiously

Yordenis Ugs (26-4-0, 12 KOs) was already part of the card that had as its main event the fight between Manny pacquiao and Errol Spence. Curiously, the Cuban must defend the world title (super) of the WBA wlterweight against Fabin Maidana, that is, the belt that fell into his hands after the inactivity of Pac-Man. The same evening with two World Cup bouts in the same category, and perhaps everything was predisposed to announce a unification after the big fight of the night. But Spence’s injury gave rise to another great duel a few days ago, which will also allow the champion in eight divisions to regain “his” title.

But Manny knows that he cannot be trusted in front of a school boxer like the Cuban, who managed to be world lightweight champion as an amateur in 2005 and that in 2008 the bronze medal at the Beijing Olympic Games. Ugs has 35 years today and many top-level battles behind him.

In his last fight he won the WBA world title (not the so-called ‘super’, the maximum belt of this body) to Abel Ramos, and became the second monarch of the 147 pounds that Cuba has had, succeeding the historic Jos ‘Mantequilla’ Npoles (1975). In any case, Ugs later proclaimed himself ‘super’ champion without actually fighting for this title, and before Pacquiao, his previous owner, he has the option of showing that he is worthy of it.

The one from Santiago de Cuba has important victories over Abel Ramos, Ray Robinson, Thomas Dulorme or Omar Figueroa. In his only fight against one of the best wlters, Shawn Porter, with the WBC title at stake, fell by split decision. The latter was a great duel that was awarded to an indefatigable Porter, but it could have fallen perfectly on the side of ’54 Milagros ‘(Milagros’ is for his mother and 54 for the number of his baseball player friends Aroldis Chapman). “I know I won,” the Cuban always remembers. He is a very skilled pgil at the time of taking advantage of the cons and with a great defense.

Outside the ring, like Pacquiao, Yordenis also knows what it’s like to suffer. Ugs tried to escape by sea from Cuba on six occasions and all six of them caught him and took him to a prison.. To Seventh got out from the island, bound for Mexico. “Trying to escape is the story of many Cubans who want a better life,” said Ugas. “Not to forget when I arrived in Mexico and then my landing in Texas. When the boat reached the shore, I did not kneel or kiss the ground, but it was an emotional moment for me.”

Tags: boxing, sports Center, Manny pacquiao
Boxing: Damin Biacho maintains the title of Spain with a remarkable performance
Boxing: The situation of the Spanish champions of Europe
“There is Canelo for everyone” | BRAND Usa
BOXING 2636

Loading...
Newer Post
Boxing: Pacquiao equals one of Mayweather’s great records if he beats Ugs
Older Post
Valentina Shevchenko has no interest in a boxing crossover: “It’s a bit degraded for me”