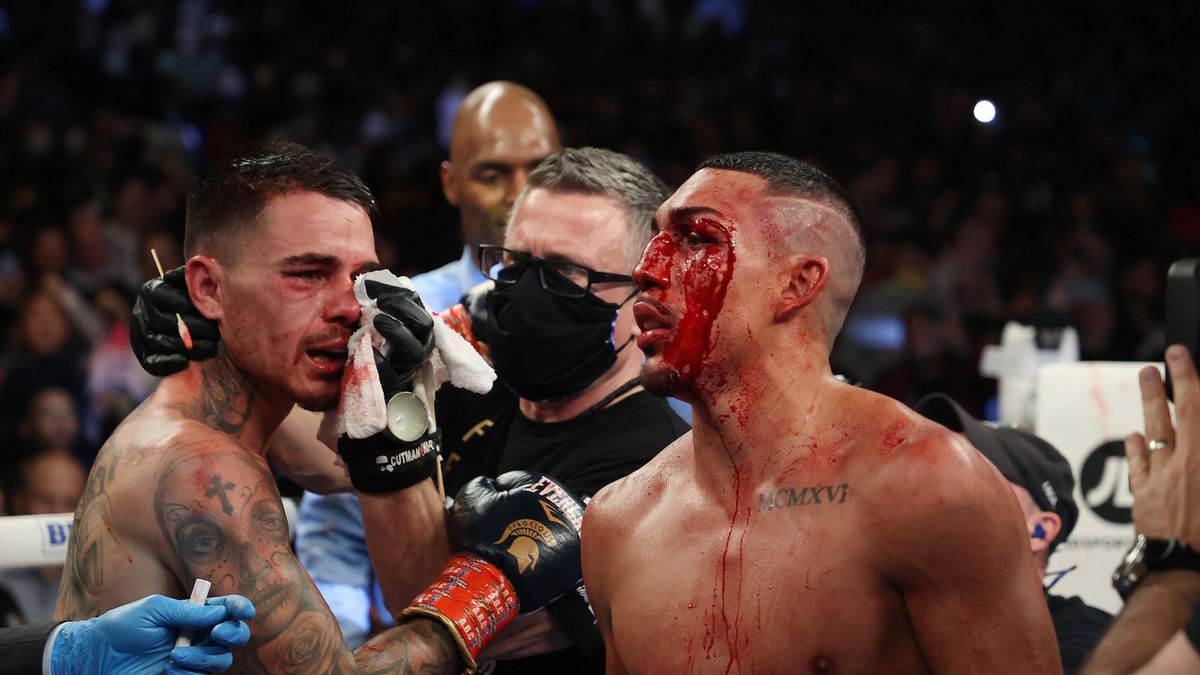 The year 2021 saw great fights in each of the divisions of world boxing, where some boxers who were very low in the bets were crowned


The year 2021 saw great fights in each of the divisions of world boxing, where some boxers who were very low in the bets were crowned as champions. A great year, with big boxing surprises.

The best pound for pound in boxing continued their path of victories, as well as great world champions they snatched the crown above the ring.

The biggest boxing surprises of the year

George Kambosos Jr vs Teófimo López, is for many the biggest surprise in 2021. Undefeated 135-pound champion Teofimo López was defeated by decision by 28-year-old Australian George Kambosos, who took the WBA, IBF and WBO belts in a fight that Madison Square Garden was developed.

The Australian was solidly behind in the bets and the boxing world thought that Kambosos would be just another boxer in the record of victories of the American of Honduran origin.

It was a war from the first opening bell when Kambosos brought down Lopez in the first round, surprising him with his quick combinations.

The Philippine boxing icon took on the World Boxing Association (WBA) champion at the T-Mobile Arena in Las Vegas in a fight that was assembled after starting rival Errol Spence Jr. suffered an eye injury.

A veteran Pacquiao could not with the good boxing of the Cuban, who carried him to the end with his classic fighting style.

A Mexican war long awaited by the world of boxing, where one of the most solid champions at the time fell by KO in a surprise ending.

Oscar Valdez defeated Miguel Berchelt with a surprising KO, off a gargantuan left hook in round 10 of the fight. Miguel Berchelt passed all his opponents at 130 pounds, becoming one of the most feared champions.

The scale was towards the side of “Alacrán”, who had predicted to win by Knockout to Valdez.

Oleksandr Usyk taught boxing in England, before the fans who came to see his prodigal son Anthony Joshua defend the heavyweight belts. The Ukrainian defeated Anthony Joshua in a clear unanimous decision.

“It would have been brutal to put ‘Czech’ in boxing and take him off the podium”
“The flame of boxing is still burning”
Boxing: Sandor Martn, before the fight of his life
BOXING 1345