Brady made history and Mahomes got beaten; Week 7 results in NFL 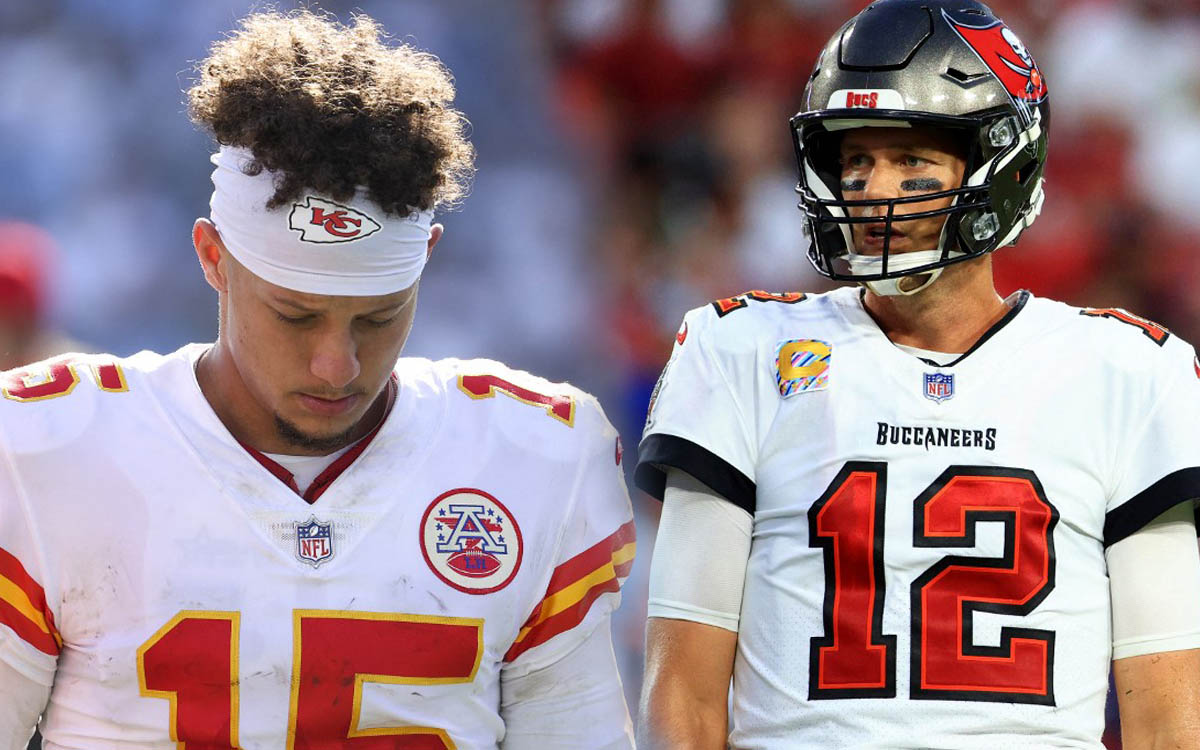 The action on the field does not stop and this NFL Sunday there have been many surprising results, as Patrick Mahomes received one of the

Brady made history and Mahomes got beaten; Week 7 results in NFL

The action on the field does not stop and this NFL Sunday there have been many surprising results, as Patrick Mahomes received one of the worst losses of his career, Tom Brady reached a new record, the Cardinals are unstoppable and more results of Week 7 .

Despite the fact that the season is just approaching the middle of the season, the teams do not miss an opportunity to get closer to the next round, where there have been a couple who are &#8216;disappointing&#8217; for the moment but there is time to correct.

The Buccaneers not only defeated the Bears 38-3, but Tom Brady reached a milestone that no one had ever been able to achieve, as the Tampa Bay Quarterback passed 600 touchdown passes, something unthinkable in the NFL.

With this victory they reach a 6-1 mark, while the Bears have lagged 3-4.

Defeat and injury for Mahomes

The Kansas City Chiefs fell alarmingly to the Titans 27-3, a score that will forever remain on Patrick Mahomes&#8217; record as it is one of the worst losses he has suffered in the NFL.

As if this were not enough, the Kansas player suffered a chilling injury, as he received a very hard impact on the neck that left him lying, so the alarms went off in this Week 7 with one of the most important players.

It is not something that common to see in a franchise like the Arizona Cardinals but the start to the season they are having is monumental.

After beat the Texans 31-5, from the hand of Kyler murray, the Cardinals are the only undefeated team this season, a fact that has placed them as virtual favorites to attend the Super Bowl. Houston has a terrible 1-6 mark.

The Patriots returned to their old glories

After going through a lengthy readjustment process, following the departure of Tom Brady a few months ago, the Patriots went back to playing &#8216;old school&#8217; and gave the Jets a brutal beating.

With a nearly perfect team game and a score of 54-13, New England reached a 3-4 mark this Week 7, while New York has a 1-5 that helps them very little.

There is no one worse than the Lions

The Los Angeles Rams had a difficult night due to lapses but they were quickly able to defeat the Detroit team, because with a comfortable score of 28-19 they took a victory that helps them take their course in the NFL.

It is important to note that the Lions team is the only one of the season that has not won a single game, so we will have to pay attention to its negative mark.

The rest of the results of Week 7 in the NFL