Bragarnik tightens the fence and meets with the candidates 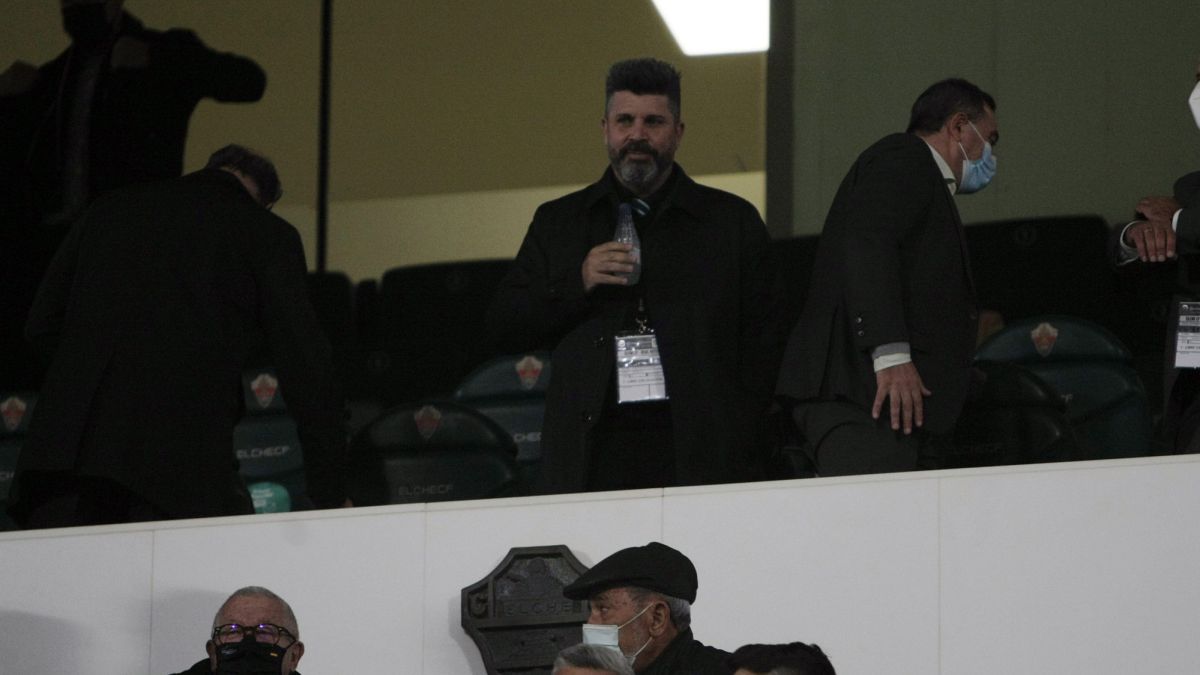 After a first day of multiple calls and countless offers, Christian Bragarnik has tightened the fence and you have selected the group of candidate

After a first day of multiple calls and countless offers, Christian Bragarnik has tightened the fence and you have selected the group of candidates With whom this Tuesday he is going to interview to make a decision about the new Elche coach. Throughout the day you will interview different candidates before taking a final stance.

The circle has narrowed and Bragarnik’s intention is to go back to betting on a coach who knows Spanish football. It does not have to be national, but the fence has been closed. From the conversations you have with them, the chosen one will come out to occupy the bench of Elche. The options of the Argentine technicians have been ruled out. Hernán Crespo was by the option of coming to live near his family and his daughters, who reside in Italy, but it has not been considered the best alternative.

Sebastian Beccacece was another of the names that had been shuffling for weeks, but Bragarnik has encountered two obstacles in this candidate. The first is that it would be a bet, without preseason, to adapt to Spanish football, being a young coach who has not been a professional footballer and who has never worked in Europe. The other is that he is directing in Defense and Justice, so his signing would affect another of the teams that the Argentine businessman controls and has a special affection for.

From the national market, coaches such as Javi Gracia and Francisco, mainly. They are the two that have been playing for a long time in the Martínez Valero environment. Especially the first, who has been related to Elche for weeks. In summer he ruled out the Granada option, after his bad experience with the Chinese ownership of Valencia, and now Bragarnik has the mission of trying to convince him. He is a technician who works well the exit of the ball, with intense teams and usually bet on two forwards or 4-2-3-1.

Francisco is a professional who has left a good memory in all the teams he has been on. Yesterday he met with his representative in Madrid, assessing the options that have been put in the way. In Granada he is also sounding as a possible replacement for Robert Moreno, that he could be the next coach to be fired in the First Division. Javi Gracia also appears as a candidate for the Nasrid bench.

Other coaches who have been loved have been Juan Antonio Pizzi, Sergio González or Paco Jémez, with fewer options. The names of Eduardo Berizzo and Diego Martínez are very desirable, but unattainable for Elche. Diego has rejected the offers of Getafe or Levante because he is determined to make his way in the Premier; and Berizzo is not clear about it after his bad experience in Paraguay. The casting continues and the idea is that tomorrow the new coach will take charge of the squad.

WOMEN’S FOOTBALL Wednesday, a key day for the clubs to reach an agreement
Gary Stempel: “Panama is a team with beautiful football”
Machday: The day of the great European football competitions
FOOTBALL 657