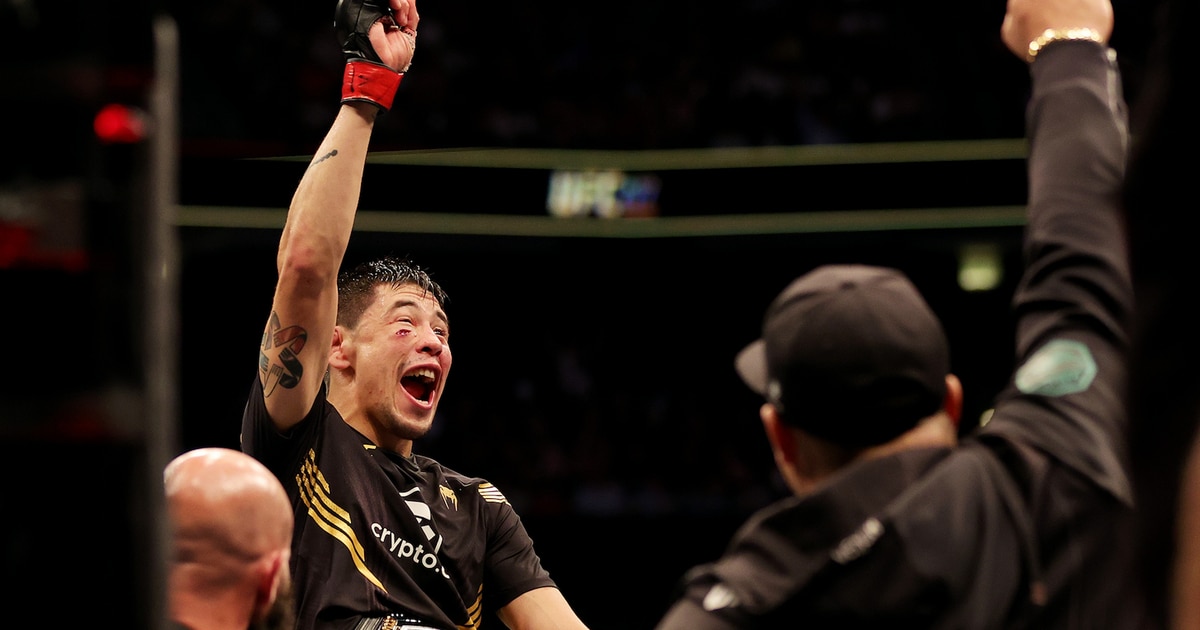 Mexican sport is partying, after Brandon Moreno's victory at UFC 277, by defeating Kai Kara-France again, a result with which he recovers -interiml

Mexican sport is partying, after Brandon Moreno’s victory at UFC 277, by defeating Kai Kara-France again, a result with which he recovers -interimly- the flyweight belt.

It may interest you: Travel, have fun, meet and save at the TAX FREE WEEKEND in Laredo Texas

The Aztec fighter finished off his rival in the third round, by way of knockout, a result with which he again obtained the title that he lost last January against Deiveson Figueiredo, whom he was unable to face for the third time, after an injury he suffered. the brazilian

Brandon Moreno continues to write his name in the history of national sports, after becoming the first fighter born in Mexico to be a champion in the UFC, a label that he recovered this Saturday.

The native of Tijuana, Baja California, arrived at UFC 277 as a favorite, seeking to emulate the victory achieved in 2019 against Kai Kara-France, so Moreno fulfilled his role and with the words he said days before the fight, where he assured that he would be champion again.

The most read in Publimetro: Cristiano Ronaldo already trains with Manchester United

“I am ready and this Saturday I will be champion again,” said Brandon Moreno in an interview with Publisport.

For being old, they abandon a puppy in a taxi in Bogotá