Brazil gets a ticket to Qatar – Football 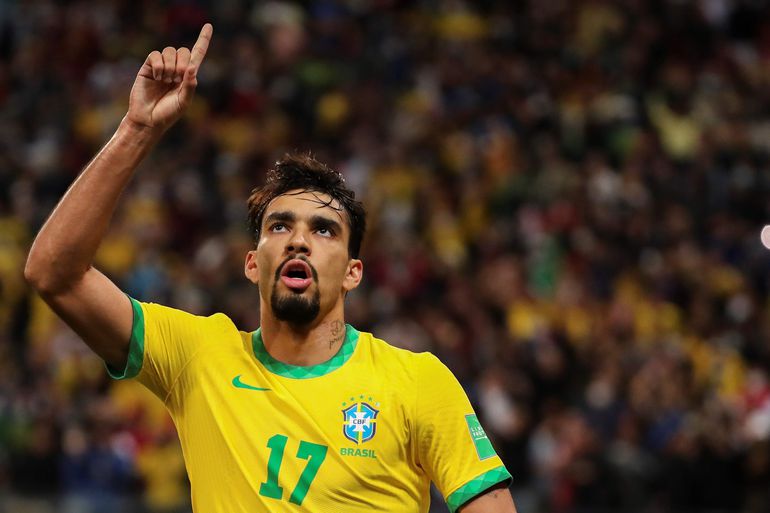 Brazil gets a ticket to Qatar – Football

Brazil defeated Colombia 1-0 with a goal from Lucas Paquetá and confirms its presence to play the 2022 World Cup in Qatar by adding 34 points and remaining 18 points behind the sixth placed in the standings. Those led by Tite got another victory playing at home in São Paulo and leads the playoffs with great comfort. The tradition continues, Brazil never missed a World Cup.

The only five-time champion and the only team to participate in the 21 editions of the World Cup, Tite’s ‘Seleção’ obtained the pass with five dates remaining for the end of the South American qualifier with a score by Lucas Paquetá in the 72nd minute.

With the anticipated classification of the ‘scratch’, undefeated leader of the tie with 34 points, nine South American squads will fight for the remaining three direct spots reserved for the region.

Colombia, for its part, fell to fifth place (16 points), the playoff spot with a team from another confederation.

The coffee growers can go back to the sixth box if Uruguay (16 units) adds against Argentina (second, 25) on Friday in Montevideo.

Tite’s compliments to Colombia have been common and have transcended his admiration for the legend of Francisco Maturana. And the coffee growers, on the cold night at the Neo Química Arena stadium, responded to the respect that a DT with enviable numbers has shown them but who finds it difficult to fall in love.

Thus, the tricolor bothered the Brazilian departure and clouded Neymar’s talent, although he paid a high price: he will lose Wilmar Barrios, lung of midfield, and winger Johan Mojica for the game against Paraguay on Tuesday in Barranquilla. .

The ‘Canarinha’ suffered to break the double line of four – at times a 4-5-1 – that Rueda raised. In the first half, he barely disturbed David Ospina’s goal twice, once in a ball that Danilo crashed into the post after a deflection by William Tesillo (36) and another in a header from Marquinhos (45 + 2) who threatened to open bill.

With key casualties in defense and without the injured Falcao García, Colombia, based on quick starts, mortified Alisson in three shots from Barrios (7), Duván Zapata (20) and Luis Díaz (39) from outside the area.

The shots passed close, but they showed that the Colombians have a recurring problem to score: there are already four consecutive games without scoring in the tie.

Paquetá to the rescue

Aware that he lost the battle for midfield in the first half, Tite replaced Fred with the shifting Vinicius Jr.

The risky bet released the ‘scratch’, as the Real Madrid winger stood on Juan Guillermo Cuadrado’s band, preventing him from joining the attack at will.

With the ball at the foot and forcing the visitors to take shelter closer to Ospina’s goal, the five-time champions seemed more pulsing, but far from the solvent image they left when they beat Uruguay 4-1 on the previous date.

Brilliant against the Uruguayans, Neymar signed an earthly level. His main contribution was limited to a free kick that Ospina (58) sent to the corner, until, in a ball raffled by Tesillo, he subtly enabled Paquetá, his new partner.

The Olympique de Lyon midfielder shot first with his right, although he is left-handed, and broke the Colombian spell, which a month ago showed its worth by breaking the Brazilian streak of nine consecutive victories with a 0-0 draw in Barranquilla.

With the tranquility of victory, Tite slowed down, while Rueda, who adjusted his first defeat in the World Cup, bet on everything by lining up three forwards and James, absent last year due to recurring injuries and a technical decision.

The offensive battery changed the face of Colombia little in the second half, in which it did not test Alisson. The goalkeeper had a position that could perfectly be that of the five-time champions in the tie now that they are already qualified for Qatar: that of a spectator.

The classic against the Argentines, on Tuesday in San Juan, will shed light on the Brazilian position.

Mallorca – Getafe, live
10 technicians left in 15 dates in the Professional League
“Soccer is a powerful vehicle for diplomacy between countries”
FOOTBALL 658