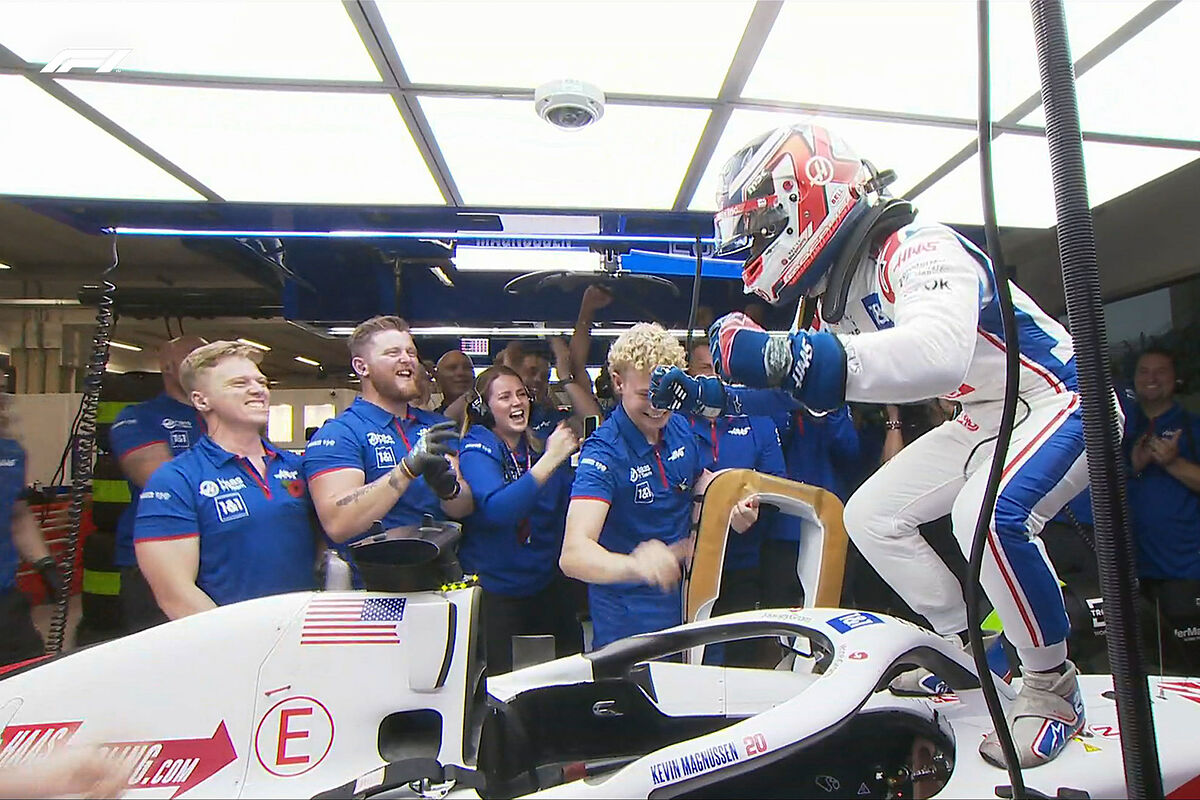 Lor that no one expected. The rain, an error by Russell and another by Ferrari set the conditions for Kevin Magnussen to keep the best time in Q3 a

Lor that no one expected. The rain, an error by Russell and another by Ferrari set the conditions for Kevin Magnussen to keep the best time in Q3 and start first in the sprint race this Saturday in Brazil.

Checo Pérez will have to start from ninth place after Charles Leclerc did not let him pass despite being on slower tires and with a blue light to allow overtaking.

The one that does go with more tranquility is Max Verstappen, who was able to set a best lap that will allow him to start on the front row and with a rival that would not withstand the attacks of the Dutchman’s RB18.

When it looked like everyone would get a second chance to improve on their first fastest lap, the British George Russel suffered an oversight and was trapped in the gravel, causing a red flag which caused the conditions on the track to worsen with the rain.

With just over 20 laps to go, now the Mexican must go out and seek to attack from the start to maintain second place in the championship World Cup on Leclerc.

No one could believe it, not the mechanics, not Magnussen, not Netflix star Guenther Steiner. The Danish driver got out of the car and was the protagonist of one of the most effusive celebrations of this campaign.

Magnussen didn’t even have a seat a few days before this campaign started and Mazepin’s dismissal led him to take that place as a pinch hitter and now he can boast of having a pole position in his account.

Tags: Claro-MX/Engine/Formula-1
Azerbaijan GP F1 2022: Former Mercedes engineer talks about a problem with Hamilton that prevents him from competing in 2022
Australian GP F1 2022: Ferrari’s message with which he warms up the next battle with Red Bull at Albert Park
F1 2022: Helmut Marko does not hinder Checo Prez: “If he wants to be champion he must beat Max”
FORMULA 1 2990