Bridges, arrested for “a serious case of domestic violence” 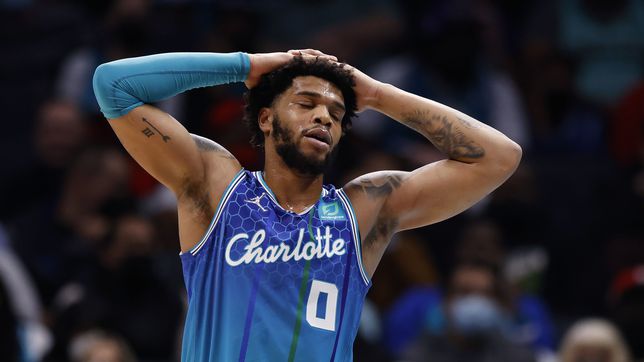 Miles Bridges (24 years old) has been arrested, according to information that TMZ Sports has advanced, in Los Angeles. The forward has been accuse

Miles Bridges (24 years old) has been arrested, according to information that TMZ Sports has advanced, in Los Angeles. The forward has been accused of a serious crime of domestic violence and he turned himself in at a police station in the Californian city 24 hours after the events that allegedly happened on Tuesday night. A woman, who reportedly later needed medical attention, says an argument led to physical violence by Bridges, who was no longer at the scene when police arrived.

Bridges left the police station after posting bail of $130,000. If the facts are finally proven and the player is convicted, surely there will also be an intervention by the NBA. The 2.01 forward was called to be one of the great actors of free agency that starts tonight, just 24 hours after his arrest. His team, the Charlotte Hornets, made him a restricted free agent with a $7.4 million qualifying offer. He is looking for a maximum contract, which could reach 173 million for five years, or one in conditions not too far away. The Carolina franchise, in principle, did not intend to commit so much money to the operation.

Number 12 in the 2018 draft, Bridges (2.01) grew a lot last season, in which he jumped to averages of 20.2 points, 7 rebounds and 3.8 assists. Last fall he turned down a four-year, $60 million extension, and now he’s on the market. The Hornets say they have him and, in principle, they thought to match any offer that was not around those maximum amounts cited. Even so, it wasn’t clear that Charlotte would give up one of his most valuable players. Now, the legal situation can cause a drastic change in events for a player who is not having a happy summer from the point of view of his behavior and his public image. He has already been seen on Instagram stories of him drinking alcohol and apparently smoking marijuana. Now there are some events that are obviously much more serious and it will be necessary to see how they finally end up.

The highest paid players in the NBA
Kyrie Irving seals record after adding 60 points in the NBA
Kevin Durant was fined $15,000 by the NBA
NBA 3175