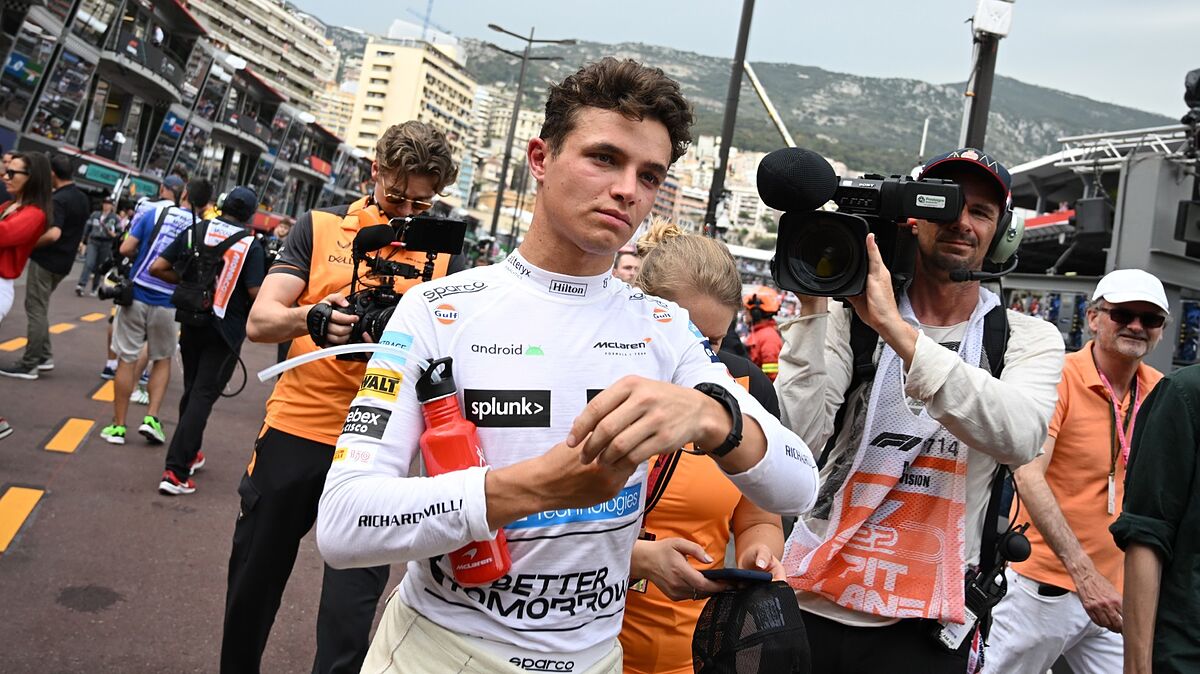 Lthe messages of hatred more and more flood social networks. It is common to see anonymous accounts insult or threaten famous people who are alwa

Lthe messages of hatred more and more flood social networks. It is common to see anonymous accounts insult or threaten famous people who are always in the spotlight for them. lando norris He doesn’t shy away from talking about it and admits that he has even received death threats.

He currently has almost five and a half million followers on Instagram. In a conversation with ‘SunSport’ he confesses that “of course” He has received hate messages.

Also his sentimental partner, the model Luisinha Oliveira. “It’s pretty scary” points the pilot. It is for her that he suffers the most because, he admits, he has gone from having a normal life to having an almost full public life.

“Those things vary a lot, whether it’s my personal life or me and my girlfriend. Especially the amount of hate pages directed at Luisinha right now, it’s pretty horrible,” recognize.

“They’re on Twitter and Instagram, those are the worst. It’s not easy if you come from a completely different life than Formula 1, that’s a great contrast,” he adds. What’s more, the young woman practically does not appear on the pilot’s social networks.

He knows that his girlfriend, who is 22 years old, has had a harder time making that transition. Maybe because It has been much more direct.

“You go from a normal life all of a sudden to a lot of followers, She now has to be more careful with what she says and what she does, in the races you slow down a bit and learn to adapt between F4, F3 and F2,” he explains.

“The Formula 1 is a big step for her, I had never seen a race. It’s very hard for someone to suddenly be in the spotlight and the reactions she gets… I want to protect her from that.”

Loading...
Newer Post
NBA: Earthquake in the NBA: Kevin Durant asks for the transfer to the Nets
Older Post
Marc Anthony added a new date in Argentina: how to buy tickets and how much they cost | They are sold through Entrance One