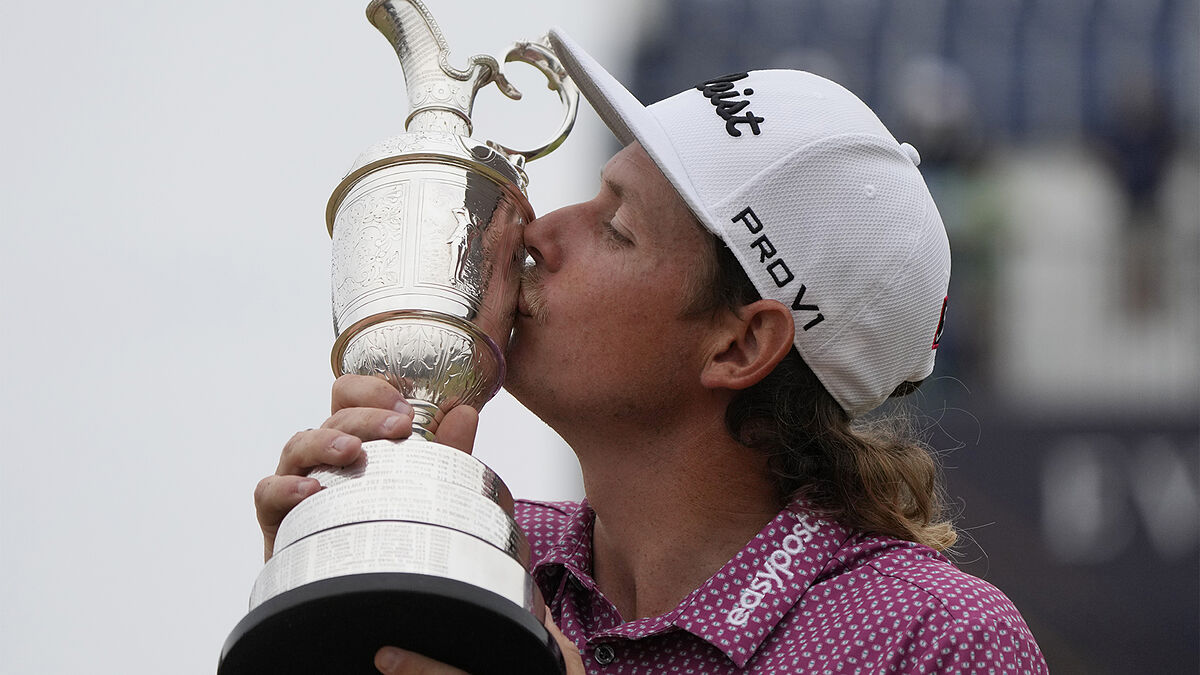 Cameron Smith made history on Sunday at the Old Course at St. Andrews, with the australian proclaiming himself champion for the first time of a maj

Cameron Smith made history on Sunday at the Old Course at St. Andrews, with the australian proclaiming himself champion for the first time of a major by leaving Rory McIlroy behind to win the British Open.

The stage seemed set for McIlroy to end his big date drought and complete a week of celebrations in the cradle of golf by hosting the 150th edition of the tournament.

Instead, Smith stole the limelight by pocketing five birdies in a row opening the back nine and showing tremendous poise at the end.

His card of 64 shots, 8 under field par, was the lowest score of a champion on all 30 occasions the world’s oldest golf tournament has been held at St. Andrews.

Smith overcomes by a blow to Cameron Youngwho holed an eagle from 15 feet on the last hole to tie for the lead for a brief moment.

It didn’t hit him, and neither did everything McIlroy tried.

McIlroy was fuzzy with his putt early on. He couldn’t get close enough on the last few holes. His best chance came when he attempted birdie from 15 feet on the 17th, narrowly missing it by going wide to the left.

Smith, who saved par on the 17th with a 10-foot putt, was in front on the 18th green to hit the punt. From 80 feet, he left the ball in an unbeatable position and got the birdie that left him with a cumulative 268 strokes, 20 under par.

Smith emulated the major par record, most recently achieved by Dustin Johnson at the 2020 edition of the Masters, staged in November.

McIlroy needed an eagle to match him and his chip fell short. He failed to attempt the birdie and ended up with a 70 that left him third.

Smith is the first Australian to crown at St. Andrews since Kel Nagle in 1960, when he defeated American Arnold Palmer.

Tags: Claro-mx/other-sports/golf
Shaken in professional golf: Dustin Johnson, Mickelson and Sergio Garcia resign from the PGA Tour
Abraham Ancer and the golfers who have joined the LIV Golf Series will be able to play at the British Open
GP Miami F1 2022: Tom Brady ‘advises’ Lewis Hamilton to come back in the season prior to the Miami GP
GOLF 1253