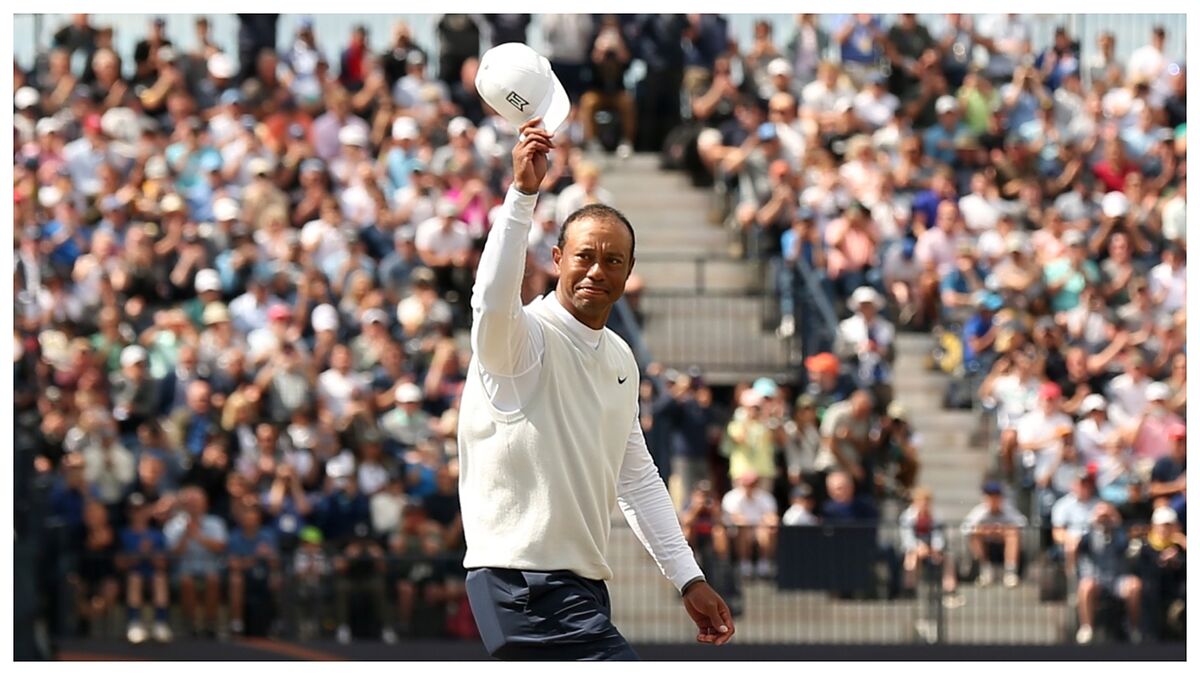 Hthere are moments that are really exciting and Tiger Woods starred in one of them 18th hole from the Old Course at St Andrews. walking to the gree

Hthere are moments that are really exciting and Tiger Woods starred in one of them 18th hole from the Old Course at St Andrews. walking to the greenn, with the stands of the same 18 and 1 already full of fans, the tiger has begun to cry.

He still cannot give a concise answer as to whether he will one day play again in the cathedral of golf, but he made every effort to be at this 150th edition of the Open, “in case I don’t come back any more”. Unlike Jack Nicklaus in 2005, he didn’t want to close the door all the way and didn’t stop at the iconic Swilcan Bridge to look back and say goodbye to the golf course they’ve both won twice on.

Woods has suffered greatly in recent years due to constant back injuries that prevented him from walking and, when it seemed that he could resume his career and even won the Augusta Masters in 2019, a car accident left him bedridden again and he was on the verge of losing a leg. In Scotland he has been seen to walk much better than any of the previous tournaments he played, but his physique and his golf continue to suffer.

Today he signed 75 hits, although he was much less erratic than the first day and he has to go home before the weekend. Success is that he has come this far. “That standing ovation was very emotional for me. I’ve been coming here since 1995 and I think the next one will come in 2030 and I don’t know if I’ll be physically able to play by then.”the Tiger pointed out.

The Californian, who will have 54 years old in 2030, he extended his answer: “I felt like this could have been my last British Open here in St Andrews. And the fans, the cheering and the heat, it was an amazing feeling.”. understand what Jack [Nicklaus] and Arnold [Palmer] they had lived in the past. I felt this way because of the warmth and understanding of the people. They understand what golf is like and what it takes to be an Open champion.”

“Saint Andrews will always be my favorite golf course”I sentenced

Loading...
Newer Post
NBA: Luka Doncic takes the stage in a session of DJ Shaquille O’Neal
Older Post
What happened to Muhammad Ali? At what age did he die, what…