British Open: The cradle of golf receives the 150th edition 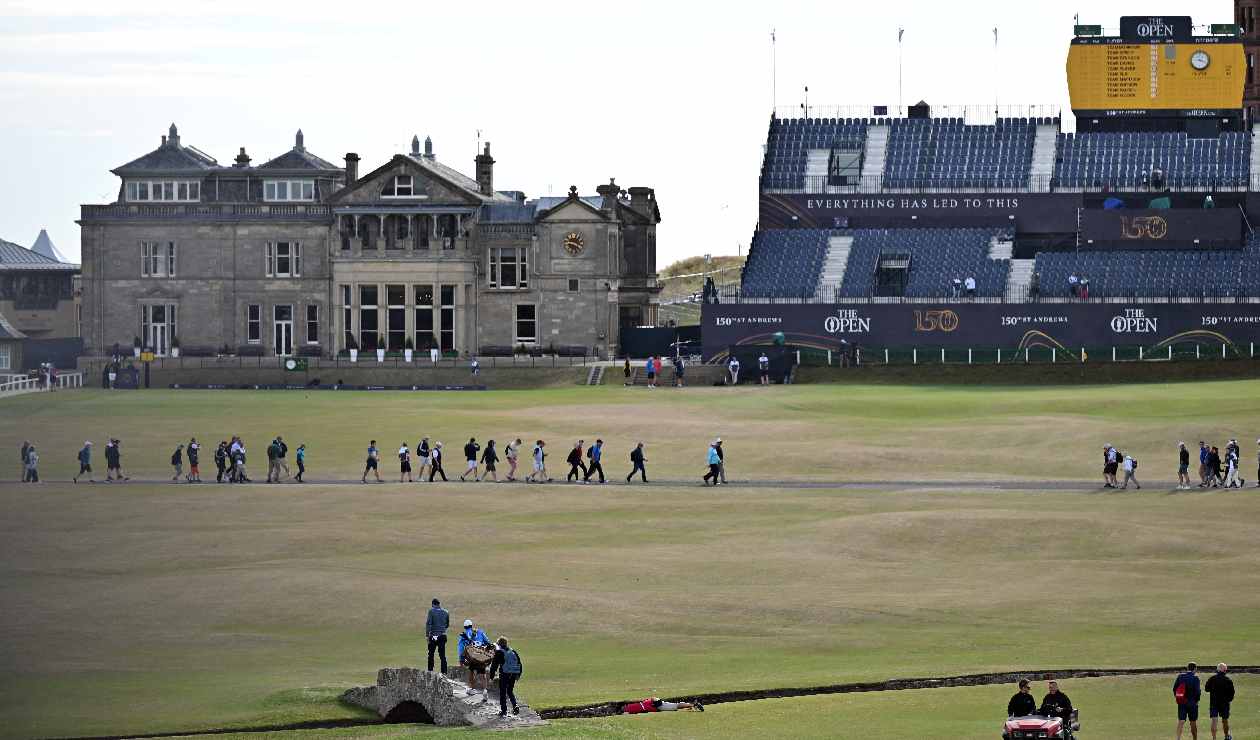 Saint Andrewsthe Scottish town considered the cradle of golf, will host from Thursday the 150th edition of the British Openin which the Northern Ir

Saint Andrewsthe Scottish town considered the cradle of golf, will host from Thursday the 150th edition of the British Openin which the Northern Irish Rory McIlroy part as one of the main favorites to win the Claret Jug, considered the “Holy Grail” of this sport.

The attendance of 290,000 people is expected in the four days of competitionwhich would be a record for the oldest golf tournament in the world and which will be played in this town on the Scottish coast for the 30th time.

The good weather that is expected throughout the week in St Andrews could bring a historic edition of the British Open, at a time when golf is experiencing one of its most hectic moments due to the creation of a parallel circuit, the LIV Series, financed by Saudi Arabian petrodollars.

Also read: Millionaires and the statistic that worries their fans

The players who have joined this project have been authorized by the organizers to participate in the British Open, just as those responsible for the US Open did a month ago, despite the fact that the two major existing circuits, the North American (PGA Tour) and the European (DP World Tour) reacted to sanction the ‘rebellious’ players.

This means that some of the sport’s biggest stars, like Spain’s Sergio Garcia and the Americans Brooks Koepka, Bryson DeChambeau, Dustin Johnson, and Phil Mickelson They will all be on the ‘tee’ of hole 1 next Thursday.

Another of the great attractions of the tournament and the favorite to win for bettors will be McIlroy, the former number 1 World Cup that wants to end an eight-year drought without winning any of the four major tournaments of the year.

“I think it’s the ‘Holy Grail’ of our sport. Not many people get a chance to win the British at St Andrews,” said the 33-year-old Northern Irishman, who won the tournament in 2014 at Hoylake (near Liverpool) on Tuesday. and that he was unable to defend his crown a year later in the birthplace of golf when he injured his ankle while playing football.

“I can’t go in thinking it must be my time. Just go out there and play a really good tournament.” assured.

McIlroy will share the first round on Thursday with Collin Morikawa, winner of the British last year at Royal St George’s in Sandwich (South East England) and Xander Schauffele, winner of the Scottish Open last weekend.

But the list of title contenders is long, especially among the sizable group of North American stars, starting with World No. 1 Scottie Scheffler and 2017 British Open winner Jordan Spieth.

“If you don’t feel like playing this Open, I’m not sure this is the right sport for you,” Spieth said in the build-up to Tuesday, as the stiff breeze blowing through St Andrews reminded players of one of the great challenges this course can present to golfers.

Lately it’s been said that the course at St Andrews has become too easy for golfers, but ‘The Old Course’ continues to captivate golf professionals.

The main complication will continue to be the 17th hole, a Par 4 known as ‘The Road Hole’, one of the most difficult in this sport as the player must hit his ball from the ‘tee’ above the Old Course Hotel.

Jack Nicklaus, who won two of his three British Opens at St Andrews, was this week named an “honorary citizen” of a town the American legend called “a magical place”.

Among the group of American stars will also be Tiger Woods, winner of the tournament in St Andrews in 2000 and 2005, but at 46 years old and one after suffering a serious car accident, he does not appear a priori among the applicants.

“For most of my rehabilitation, I just hoped that I would be able to walk again,” admitted Woods, who took part in the US Open a month ago in preparation for the ‘British’.

“I don’t know how many ‘Open Championships’ I have left in St Andrews, but I wanted to come to this one”, added a Woods who admitted that “I will never play a whole season again, my body would not allow it”.

It may interest you: Federer would end his career: “I don’t need tennis, it’s better to stop”

On the other hand, Woods openly criticized the players who have gone over to the LIV Series side. “I disagree. I think what they’ve done is turn their backs on what got them to the position they’re in.”

While the LIV Series offer prizes of 25 million dollars in each of their tournaments (three days, that is, 54 holes for the usual 72), the ‘British Open’ will distribute 14 million dollars.

McIlroy also hopes that the check for the winner of the tournament does not end up in the hands of one of the ‘rebels’, who in the future could be excluded from the ‘majors’.

On the course where Severiano Ballesteros achieved one of his greatest triumphs (the ‘British Open’ in 1984), the main hopes of Spanish golf will fall on Jon Rahm, third last year, four strokes behind Morikawa.

Loading...
Newer Post
NBA: The Jazz open the door to Donovan Mitchell: a superstar is on the market
Older Post
Mike Tyson’s most beastly car collection