brothers in Mexican soccer who were rivals and teammates 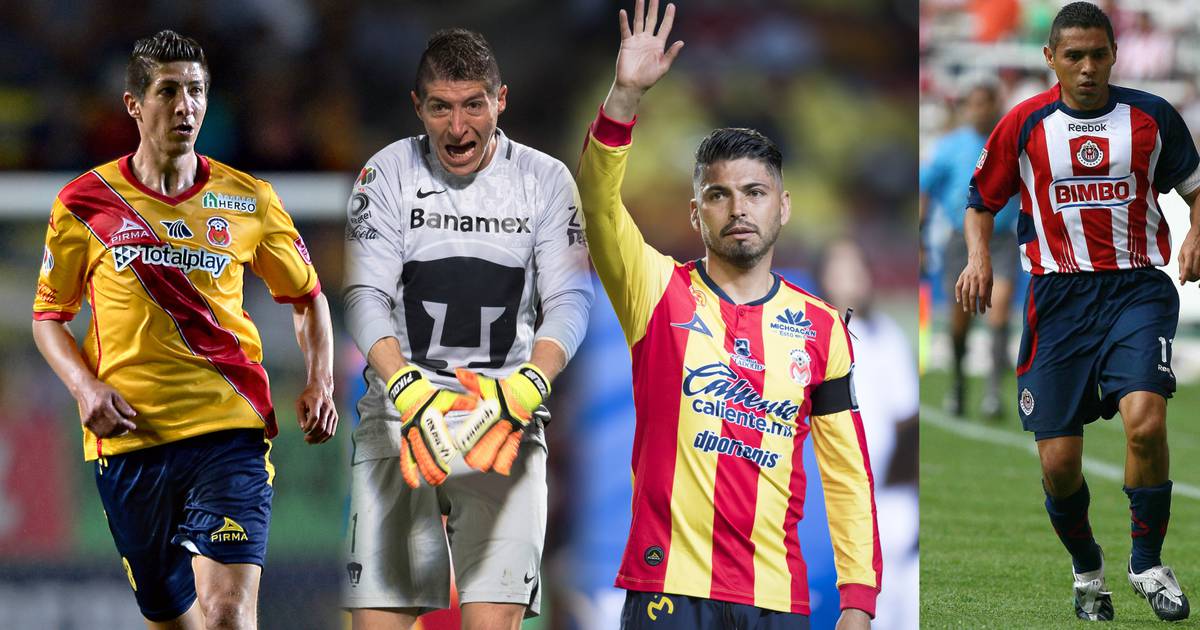 Few are the opportunities in life to play with your brother or sister a sport that they like. Normally they are different tastes and since in socc

Few are the opportunities in life to play with your brother or sister a sport that they like. Normally they are different tastes and since in soccer nothing escapes, here we leave you some brothers who coincided in Mexican soccer, some as teammates from the same club and others as archrivals.

Xiaomi Redmi 10A and Redmi 10C are already in Mexico!

Children of the former coach of the very champion Chivas, Javier; The De la Torre brothers followed in the footsteps of their father who debuted with Guadalajara, but unlike him, José Manuel and Nestor finished their careers as soccer players in different teams. Both debuted in the first division with Chivas in the 1980s.

Impossible to leave out of this list the best known Mexican twins of our soccer. The “Pikolines” debuted with the Pumas in 2003 and as good brothers they complemented each other. Defender and goalkeeper became nationally famous for playing with Club Universidad, most of the time, at the same time.

Perhaps from this list of the few brotherhoods that the fans remember the least. Duilio passed through clubs like América and Monterrey while his brother paraded through León and Cruz Azul. Both debutants with the extinct Tecos of the UAG, the first in 93 and two years later in the same team, Flavio caught up with him.

Duilio and Flavio with the shirt of their last teams

Case of brothers and rivals in football. The “Flaco” with a rojiblanco and azulgrana past contrasted with one of the players most identified with Club América. Luis developed in the basic forces of Atlético Español and his brother made his debut with the club he loves.

Four years apart in age, the Morales Higuera brothers debuted in the mid-90s at La Piedad, Ramón in 94 and Adrián in 97. The career of “Ramoncito” is best remembered for his time at Chivas del Guadalajara. while that of his brother for being a soldier in two stages, with the disappeared Monarcas Morelia. The trajectory of both in the National Team was very different because that of the older brother managed to be runner-up twice, Carlos Adría only played one game with the eldest and reached the quarterfinals in the 2005 Gold Cup.

Several times the Morales brothers faced each other in Mexican soccer

The now defender of America has had an outstanding career in Mexican soccer. While his brother, also a Cruz Azul youth squad, did not have a good time. Félix, also a central defender, went through Toluca, La Piedad, Lobos BUAP, San Luis, Leones Negros, Cafetaleros and Jaguares de Chiapas, where he added the most games in his career.

Néstor has been summoned to play with the Mexican National Team, contrary to his brother

Allan and Juan Carlos played for the Atlantean Iron Foals, the former as a goalkeeper and Juan as a “field player”. Carlos still plays in MLS and his time with Pumas and Chivas is better known than his brother’s.

As America’s current striker, Henry has managed to establish himself in the First Division, while his older brother went through Venados, Dorados and Alebrijes de Oaxaca without much success. The last thing that was known is that he was in the Mexican Football League with Faisanes FC. Both defended the Yucatan team shirt in its beginnings (2013 and 2014).

The America player has had a better projection than his brother

The 1997 Cruz Azul champion left memories of a strong, lackadaisical and even surprising Mexican soccer. Shortly after that celestial feat, a pair of twin brothers made their debut with the club that passed without pain or glory. Johan played two years for the institution and his brother, Omar, defended the blue shirt until 2001.

Oscar Pérez poses for the photo between the Rodríguez brothers

Tags: brothers who were team rivals, Martin brothers, Pikolins
One of the temples of English football will be renovated
France Two ‘low cost’ candidates to the PSG bench
Manchester United seeks to snatch a star from Barcelona
FOOTBALL 3194

Loading...
Newer Post
Lorena Ochoa asks for respect for the change of Ortiz and Ancer to LIV Golf
Older Post
Eleven players filed a complaint against the PGA Tour