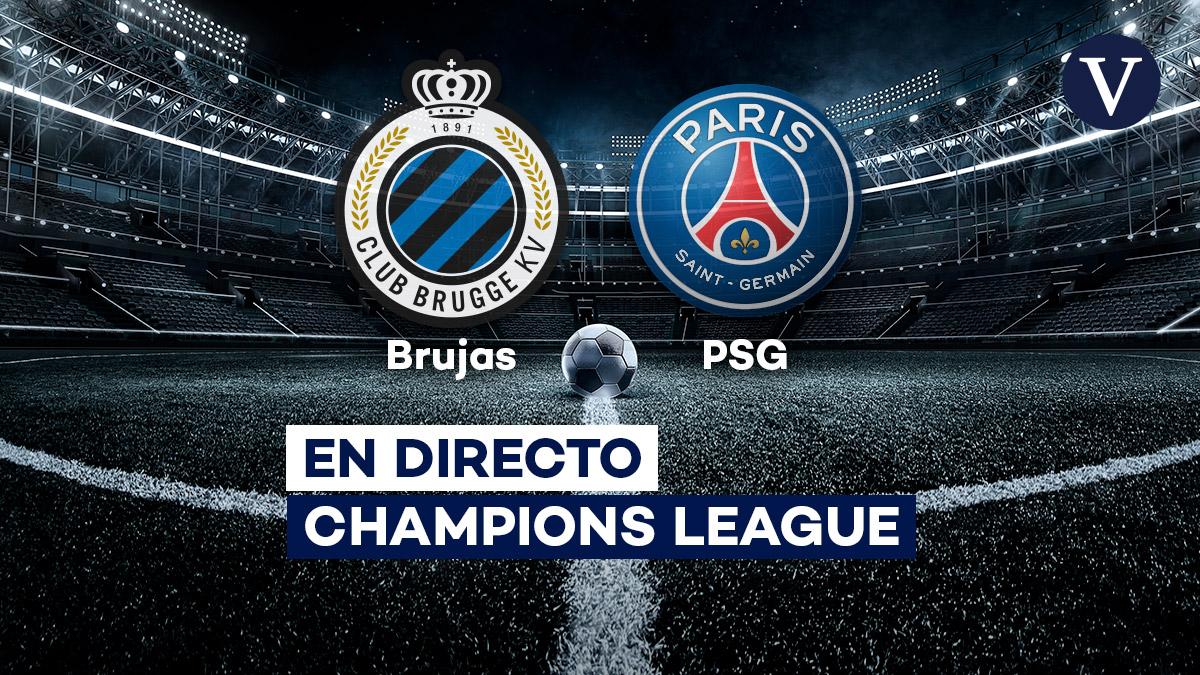 Bad start for the Parisian team in the Champions League, reaping a 1-1 draw in Belgium. Pochettino's team will be ob

Bad start for the Parisian team in the Champions League, reaping a 1-1 draw in Belgium.

Pochettino’s team will be obliged to win against Manchester City on the next day, if they do not want to start to complicate their qualification for the round of 16.

Disappointing debut for PSG in the Champions League, giving up a draw against Bruges who have competed very well.

The Belgian team player arrived very tired at the end of the play.

Again, a great center by Nuno Mendes, but also again, a bad shot from the PSG forwards, in this case the one who has failed is Icardi.

Great play by Nuno Mendes on the left, but Leo Messi does not connect well with the ball after an excellent center behind the young side. The ball has gone high.

Pumped center De Ketelaere … And the Chilean attempt by Noa Lang who leaves near the left post of the PSG goal.

Lang’s poisoned center that Kimpembe acrobatically clears from the ground.

The skilled Brujas striker has committed a hard foul on Ander Herrera.

Great pass filtered by Neymar Jr., but the Brujas defender prevents the shot from within the Argentine forward’s area.

The French dragged annoyances from the first half.

Brugge’s scriber play, a great center behind Vanaken and Hendry’s shot that hits a Diallo that ends up saving the Belgian team’s goal.

De Ketelaere’s poisoned center, which Diallo clears for a corner when Vanaken already smelled the goal.

Brujas’ new counterattack that striker De Ketelaere ends with a shot that Navas clears in an acrobatic way.

Vanaken’s placed shot, which the PSG goalkeeper rejects. The Belgian midfielder was looking for the goalkeeper’s stick.

Brugge is going to try from the set piece.

Shot with the left from the peak of the area … but the Argentine thread hits the post of the goal of Mignolet.

The Belgian team tied the game after a great play from the left that allowed Sobol to put a delicious ball to the penalty spot for captain Vanaken to shoot Keylor Navas with his right leg.

Messi prodigious assistance with the left that leaves Mbappé alone in front of the goalkeeper … But Mignolet avoids the goal with a great intervention.

The assist was given by Mbappé after a good personal move down the left.

Mbappé’s personal move down the left, center behind the Frenchman, and Ander Herrera finished the play with a left-footed shot from the penalty spot.

Serious mistake by the midfielder who loses a ball in a dangerous area and is forced to commit a foul to avoid a very dangerous scoring chance.

Bruges have asked for a red card, but they will be booked.

Very close corner, Keylor Navas and Marquinho do not understand each other … But central defender Hendry fails to shoot correctly and the ball ends up in the hands of the Costa Rican goalkeeper.

And yes, he does it with Neymar Jr. and Mbappé

In the VAR will be the Italian Massimiliano Irrati.

Buenas tardes! And welcome to the live broadcast of the duel between Bruges and Paris Saint-Germain, corresponding to the first day of the Champions League.

Leo Messi makes his debut in the top continental competition with his new team, in search of what would be his fifth title in the best club tournament in the world.

10 technicians left in 15 dates in the Professional League
Former president of the Brazilian Football Confederation is suspended for life for bribery cases
Robert Enke, too human for the world of football
FOOTBALL 369