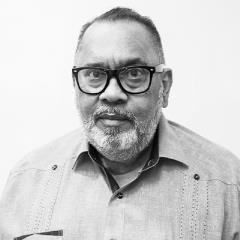 Golf and baseball are more closely related than many sports fans may think. Although they are very different in several points, the player feels a special affection for this discipline. Many play it in their spare time, and another important number make it their main distraction in their retirement years.

I take this opportunity, first, to remind you that the Clásico Federico’s Birthday, returns on September 10 at the Dientes de Perro golf course, in Casa de Campo, Romana, will be played in three categories A, B, and C, and will have a special dedication to Héctor Acosta and Héctor Then. It will be version 12 and it will be played under the “Stroke Play” modality and second, to recognize the convening power of our friend Federico Fèlix since more than 100 golf lovers have confirmed.

Why the passion of baseball players for golf?

The writer John Updike (1932-2009) was passionate about golf. Nobody like him to explain the mysterious charm of a sport “that needs, to be appreciated, to be played”. And he said it, that he only saw the “majors” on television.

“While going through the adventures of a game of golf, the human body, like that of Alice in Wonderland, experiences an intoxicating relativity, huge in relation to the ball, small in relation to the course, exactly proportionate to that of the others. players,” Updike wrote.

Golf is one of the great “solitary” sports, a refuge for the person who measures himself in the middle of nature, without using an opponent’s meter.

Another solitary sport, albeit a team sport and before a crowd, is baseball, “with its intermittent activity, its vast and calm field, dotted with expectant men in white, its dispassionate mathematics,” said Updike.

Congratulations to Federico Fèlix for this classic that is guaranteed success, but always keep in mind that “golf is like life….you fight and strive all the way, to finish inside the hole…”

I leave you with these phrases about golf from great sports stars:

Hank Aaron: “It took me 17 years to get 3000 Hits in Major League Baseball. I do that in an afternoon playing golf”.

Michael Jordan: “I play because it keeps my need for competitiveness and at the same time it drives me crazy.”

Lloyd Mangrum: “Golf is the only sport I know of where a player pays for every mistake. A man can serve out in tennis, miss a strike in baseball, or throw an incomplete pass in football and still have another chance to square up. In golf, every swing counts against you.”

1960, Guayubín Olivo, Pittsburgh, debuts in the Major Leagues at the age of 42.

1983, Santiago García is signed by Epy Guerrero for Toronto.