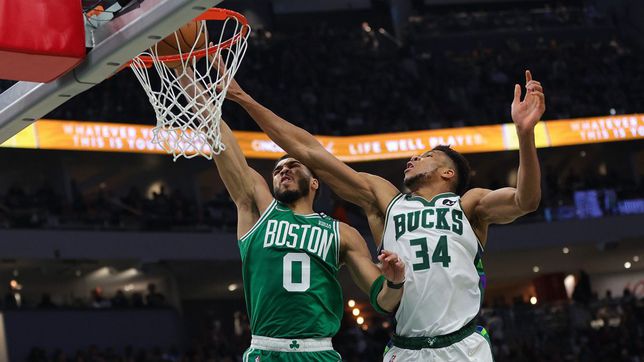 Not three weeks have passed since the Warriors were crowned for the seventh time in their history by beating the Celtics and bookmakers are already anticipating the next NBA champion.

According to BetMGM, with the start of free agency, the Celtics and Bucks are the favorites to hoist the Larry O’Brien Trophy in 2023. Both have an odds of +550.

At the end of the postseason, the Warriors were projected to achieve a two-time championship and had an odd of +550. With five days in the player market, Golden State is already third on the list (+650).

Boston and Milwaukee’s rise up the list is a result of the Celtics acquiring Malcolm Brogdon in a trade with the Pacers; the Bucks signed Joe Ingles. For their part, the Warriors made Donte DiVincenzo.

YOU MAY BE INTERESTED: Juan Toscano, the most illustrious Mexican in the NBA

It should be noted that the signing of Wall by the Clippers and the possible arrival of Durant to the Suns, has both organizations as wide favorites for the title. The Lakers remain in the top ten and the Nets, surrounded by uncertainty, are no longer seen as contenders and are in thirteenth position.