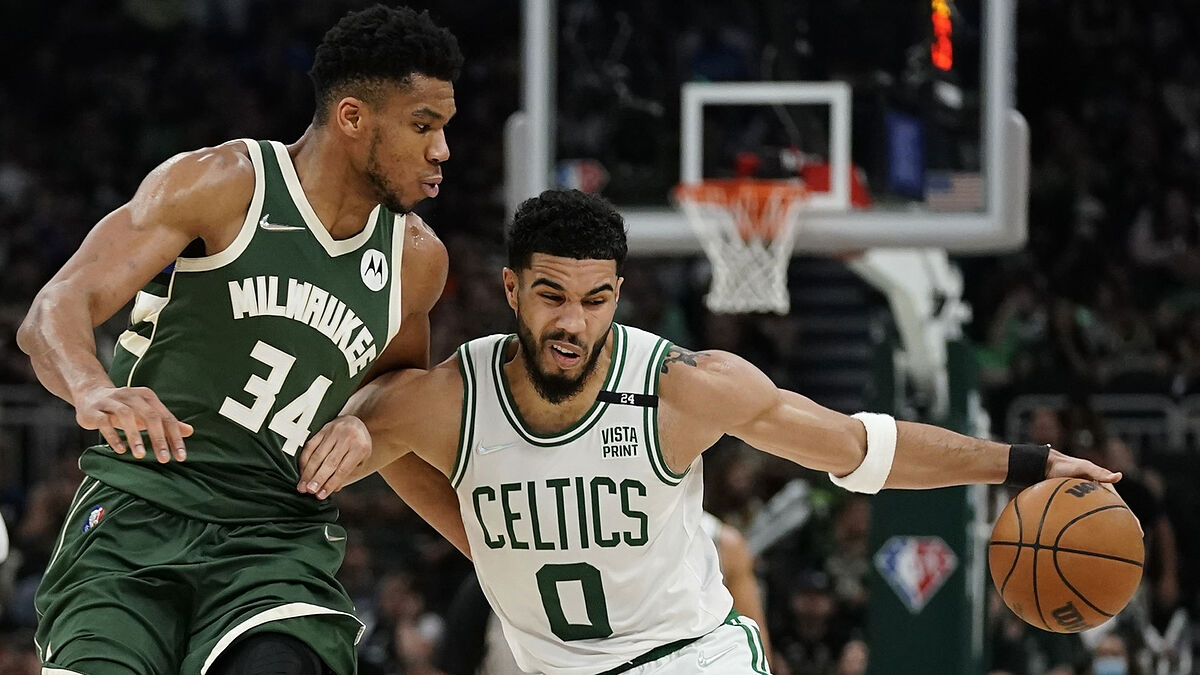 JAyson Tatum shined with 46 points this Friday to beat Giannis Antetokounmpo and make sure the Bucks didn’t pull off another comeback in the fourth quarter.

The Boston Celtics beat defending NBA champion Milwaukee 108-95 on Friday to force a seventh and final meeting in their Eastern Conference semifinal series.

The third win in a row for the away team in the series set the scene for the final match, Sunday in Boston. Winner heads to Miami to kick off the East finals on Tuesday against the Heat, which was the best team in the conference in the regular season.

Boston showed grit, reacting two nights after it squandered a 14-point fourth-quarter lead to fall 110-107 at home in the fifth duel. The Bucks tried to come back again, after being in that same disadvantage in the last quarter.

This time, Tatum kept Boston up and saved the season.

Antetokounmpo had 44 points, 20 rebounds and six assists. His 20 balls captured before the board were one of the highest statistics in his career.

Tags: Claro-MX/Basketball/Nba
NBA Playoffs 2022: NBA Playoffs, at the moment: these are the positions and crosses for the postseason and the Play In tournament
Grizzlies vs. Warriors Game 3 | NBA Playoffs 2022: Golden State has the greatest offensive explosion of the Curry Era to take advantage against Memphis
NBA Playoffs 2022: The Bucks eliminate Chicago and meet Boston in the Eastern semifinals
NBA 2536

Loading...
Newer Post
Liga MX: The 8 European players who presented Clausura 2022
Older Post
Formula 1: This is how the F1 Drivers’ Championship goes towards the Spanish GP