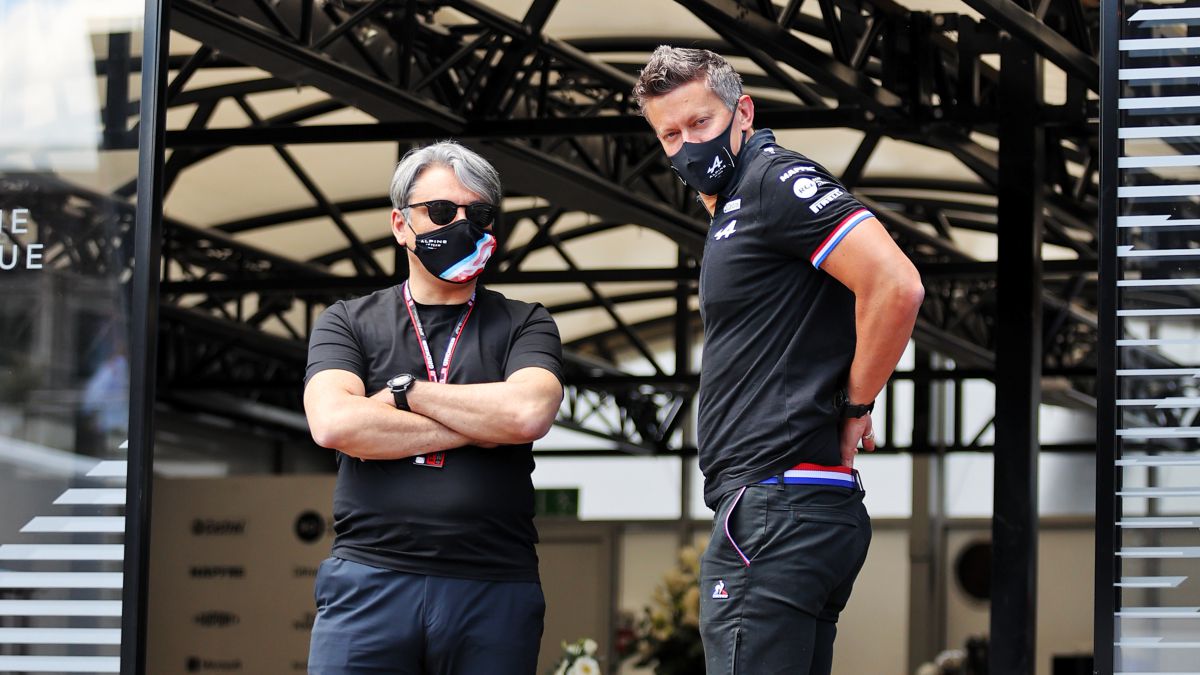 "Where are you going, Marcin?" And Budkowski, dressed in a tuxedo at the FIA ​​gala, replied with a smile: "To bed!" The question had several me

“Where are you going, Marcin?” And Budkowski, dressed in a tuxedo at the FIA ​​gala, replied with a smile: “To bed!” The question had several meanings, it was a fact that the future of the Alpine F1 Team boss was in doubt once Luca de Meo’s interest in hiring Otmar Szafnauer, head of Aston Martin, became known until a few weeks ago. AS reported these movements in December and now, the pieces fit: after Szafnauer parted ways with the English team at the beginning of the year, this Thursday Alpine has confirmed through a brief statement the departure of Budkowski with no known destination.

Marcin, 44, a French engineer of Polish origin, He came to Renault in 2018 from the FIA ​​and at the time it was one of the most notorious moves in the paddock, because his technical position allowed him to learn the secrets of all the single-seaters before arriving at Enstone. But there are changes, De Meo and Lauren Rossi, CEO of Alpine, want to go another round after dispensing with Cyril Abiteboul a year ago. Alpine’s numbers were not bad in 2021, fifth car in the constructors’ championship plus a historic victory for Ocon in the Hungarian GP and a podium, no less historic, for Alonso in Qatar. The first in seven years for him. But It is not enough, and De Meo continues to try in search of the starting eleven.

It is a matter of time before the substitute is appointed, who will be Otmar Szafnauer. 57 years old, American of Romanian origin, his pedigree in F1 is given by Force India, which was then Racing Point and now is Aston Martin, because with a reduced budget he managed to achieve a team capable of getting on the podium. But in the paddock there are also doubts about what Alpine is going to be in 2022, because so many changes are never a good sign. At some point, it has been rumored that several members of the ‘staff’ have left, such as Brivio or Permane, who are still there.

“I thank Marcin Budkowski for his commitment and contribution over the past four years. The team is focused on getting the car ready for the first race in BahrainRossi says. The 2022 Alpine will have to complete its first start-up in the next few days, without incident, while they continue to fine-tune the details in the wind tunnel ahead of the tests in Barcelona (February 23-25) and Bahrain (before the grand prix) . These are important weeks for the car that Alonso and Ocon will drive. And they are full of changes, many changes.

Loading...
Newer Post
Boxing: Joe Smith Jr. retained his crown in the first world championship of 2022
Older Post
Nets 120-105 Pelicans | NBA: James Harden, the most failed in the history of the NBA