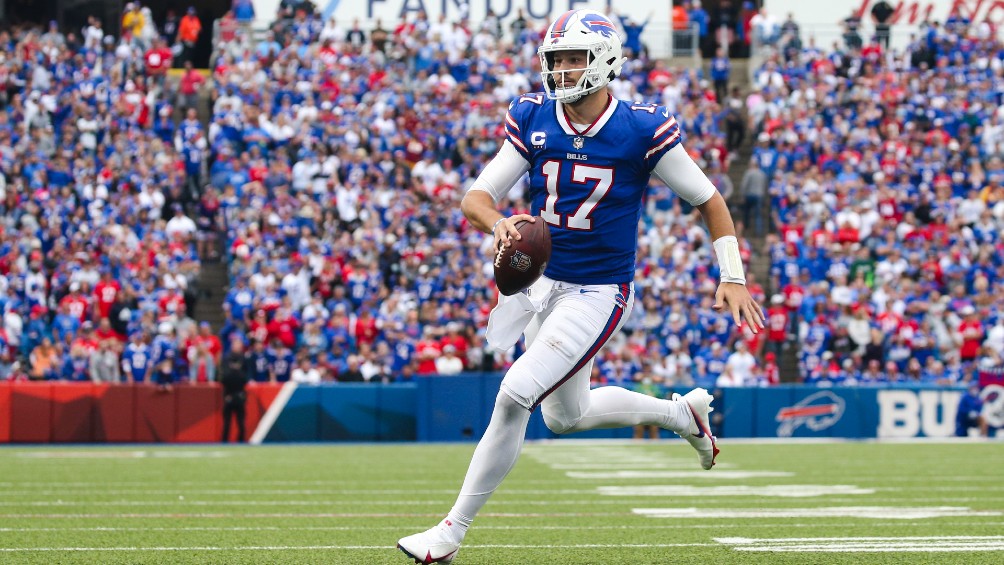 Allen, who was unhappy about his inconsistencies and his 56% completion percentage after two games, finished with 32 completions of 43 passes for 358 yards, in addition to surpassing 100 touchdowns (including rushing and one-way receiving) on ​​his 47th game as a starter.

It was the fifth game in the career of Allen with four touchdown passes and 300 yards per pass, one more than the franchise record, which corresponded to Jim Kelly, member of the Hall of Fame. The two-yard touchdown run in the fourth quarter was the 26th of his career, surpassing the franchise record for a quarterback, held by Jack Kemp.

The 101 annotations of Allen place him in fourth place among the quarterbacks of the Bills, one behind Kemp.

Emmanuel sanders scored twice, beginning with a 28-yard reception to cap off the Los Angeles&#8217; first offensive drive. Bills. Zack moss and the tight end Dawson knox they also scored for the Bills (2-1) on receptions of seven and 14 yards.

YOU MAY ALSO BE INTERESTED: NFL: BUFFALO GOT THE FIRST WIN OF THE SEASON BY CRUSHING MIAMI