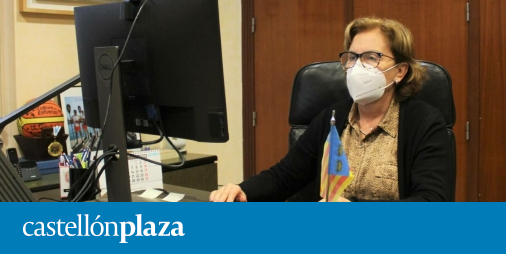 BURRIANA. The mayor of Burriana, Maria Josep Safont, has confirmed the hiring of a second archaeologist by the promoter company of Golf Sant Grego

BURRIANA. The mayor of Burriana, Maria Josep Safont, has confirmed the hiring of a second archaeologist by the promoter company of Golf Sant Gregori to speed up the work in all open sites.

In the area of ​​the Marjalet path the old Molí de l&#8217;Arròs was discovered. This hydraulic infrastructure dates from the seventeenth century and was operational until the beginning of the twentieth. At the moment the mill yard has been recovered. Work is also being done on the Roman villa that emerged months ago about 100 meters from the coast. &#8220;The works are not progressing at the expected rate, there were problems in the presentation of the documentation, and more delays due to the rains and the expansion of the archaeological tasting area, that is why another archaeologist has been hired, because we are facing one one of the most important remains of the entire Valencian Community ”, Safont has remarked.

The mayor also congratulated herself on the definitive filing of the criminal complaint filed by several owners affected by the Golf Sant Gregori against her and the rest of the government team in May 2019. “The appeal has been rejected, therefore the Court does not see evidence of criminality. We are very satisfied with the work done since we always act for the general interest. I hope that now that the judicial panorama is clear, the works will be expedited ”, he added.

On the other hand, Safont has announced the start of the works to remodel the accesses to the industrial area of ​​the Nules road, as well as the opening of the Social Security offices in the building of the old ambulatory.

Regarding the recent patron saint festivities, she has ensured that they developed with fewer incidents and has been convinced that the cases of covid-19 will not rebound upward after the start of the school year for the more than 5,500 enrolled students.

The mayor has refused to offer more details about the next Fallas, which will be held on the bridge of October 9. At the moment, only the accession of the Burriana Fallas Museum to the Valencian network has transpired.

Tags: Burriana, archaeologist, Golf San Gregori
The Australian Golf Open is canceled for the second year in a row due to Covid-19
Golf at the Olympic Games had a good debut for Sebastián Muñoz
I’m already fighting to be in Paris 2024
GOLF 126