CaixaBank, with the best amateur golf 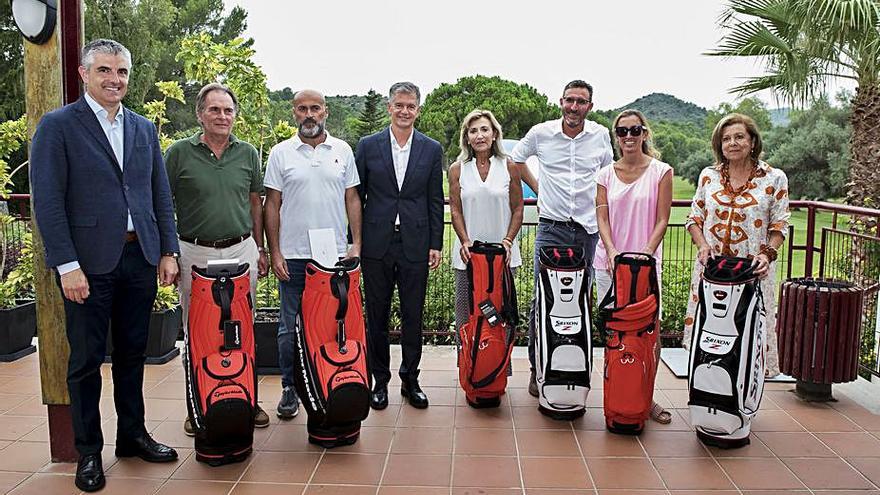 Xicu Costa and Gustavo López, with the winners. | SD

Xicu Costa and Gustavo López, with the winners. | SD

The territorial management of CaixaBank in the Valencian Community has promoted the ‘CaixaBank Private Banking Golf Cup 21 Tournament’ which has been held in the Mediterranean Golf, Urbanization of Castellón.

The tournament, which has been played in the individual Stableford modality, with two categories lower and upper handicap and with shooting, has had the participation of 75 players; all of them clients or potentials of the entity in the Valencian Community. The day ended with a lunch at the Restaurante del Mediterráneo Golf in Castellón, where the trophies were presented to the winners of this edition.

The event was attended by the territorial director of CaixaBank in the Valencian Community, Xicu Costa, and the commercial directors of Private Banking and Business Banking, Gustavo López and Felipe Pulido, as well as other directors of the financial institution who have accompanied the clients participating in the tournament. In the lower handicap category, the first classified was Carlos Martínez Gimeno; the second, Emilia Valls Zaballos and the third, María Grifo Nacher. In the superior handicap category, the Ramón Benlloch Fenoll tournament finished first; the second has been José Sancho Sánchez and the third position has corresponded to María Pilar Badenes Franch.