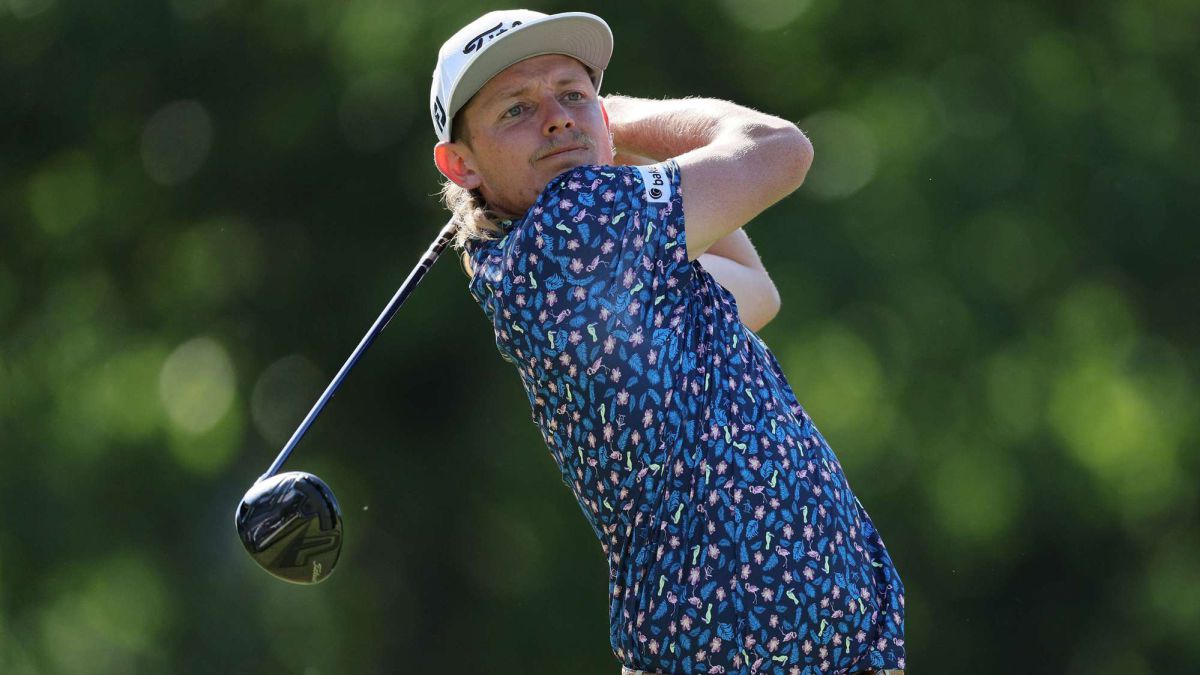 the australian Cameron Smith, champion of 'The Players' tournament this year, closed as the sole leader of the Memorial Tournament with -8 after t

the australian Cameron Smith, champion of ‘The Players’ tournament this year, closed as the sole leader of the Memorial Tournament with -8 after two days. Smith was part of a group of six golfers who were the best in the first round on Thursday, but this Friday he hit the table with a -3 card (four birdies and a bogey) to stay alone in the lead of this tournament. which is played at the Muirfield Village Golf Club in Dublin (Ohio, USA).

The American Denny McCarthy and South Korean KH Lee are still hitting on Smith (-7 in total) and two (-6) are five golfers, including the Venezuelan Jhonattan Vegas, who has signed two consecutive -3 in these first two days.

On the other hand, the Spanish Jon Rahm, number two in the world, has a -2 in total after delivering a -2 card this Friday. The Chilean Joaquín Niemann (-4 in total), the Mexican Abraham Ancer (-3), his compatriot Carlos Ortiz (-1), the Argentine Emiliano Grillo (par), the Chilean Mito Pereira (+1) and the Colombian Camilo Villegas (+1) exceeded the cut of the weekend. Instead, the Spanish Rafa Cabrera Bello was left out with a +4 in total.

Carlota Ciganda makes the cut for the women’s US Open

American Mina Harigae and Australian Minjee Lee share the US Open lead with -9 altogether after two days. Harigae started Friday as the leader after her splendid -7 on Thursday, but her -2 in this second round was not enough to leave behind a Lee who shone with a card of 66 strokes (-5 with six birdies and one bogey).

Two strokes behind the two golfers in the lead is the South Korean Hye-Jin Choi, who this Friday was the best of the US Open with a card of -7. Also two strokes behind Harigae and Lee is Sweden’s Anna Nordqvist.

At the Pine Needles Lodge & Golf Club in Southern Pines (North Carolina, USA), the only Hispanic woman still in the competition after two days it is the Spanish Carlota Ciganda with +1 in total (-2 this Friday). The Mexican Gaby López (+6), her compatriot Ingrid Gutiérrez Núñez (+8) and the Ecuadorian Daniela Darquea (+8) did not make it past the weekend cut.

Driver collides with the guardhouse of the La Loma Golf Club in SLP
Rahm, the tenth Spanish golf cartridge in the history of Arnold Palmer- Ten Golf
Golf and games make up the programming of ‘Summer Camp 2022’
GOLF 983

Loading...
Newer Post
Matsuyama disqualified at the Memorial for using an irregular stick
Older Post
MotoGP: Aleix loops the loop and gets into Q2 with the track record