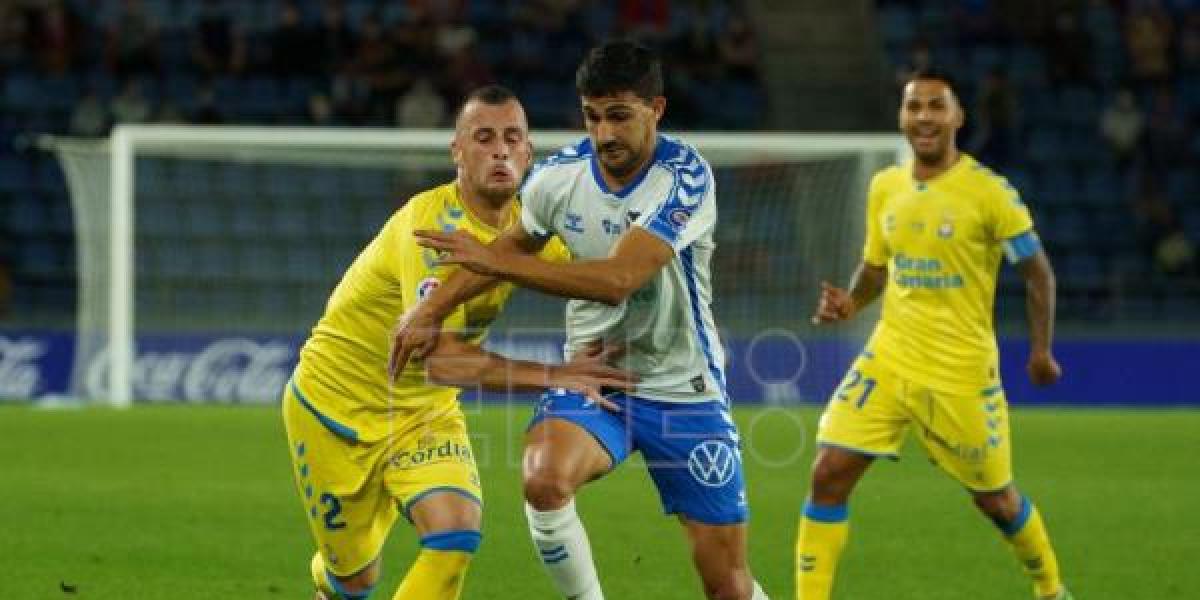 CD Tenerife and UD Las Palmas star this Wednesday at the Heliodoro Rodríguez López the first of the two historic events for Canarian football, with a place in the final for promotion to the First Division at stake. It will be the first leg of the first qualifying round of the promotion, with less than 72 hours for the clubs, the fans and their footballers to digest a decisive double derby in four days.

Blue and Whites face this tie with conflicting dynamics: Tenerife after losing their last three gamesthough they had no trouble qualifying for promotion, while the grancanarios starred in a final stretch with five consecutive victories which boosted him to fourth place.

The coach of CD Tenerife, Luis Miguel Ramis, has been in charge of passing the favorite poster to his rival, who arrives on a better streak and, in addition, won the two derbies of the season in the regular phase.

the people of Tenerife they achieved one of the objectives that were set two weeks ago, when their presence in the promotion was confirmed, which was to reach these playoffs with most of its players available and without an excessive accumulation of minutes in recent days. None of the six players who arrived prepared for the last day saw a yellow card against Cartagena, in a match in which Luis Miguel Ramis dosed efforts.

UD Las Palmas, meanwhile, will try to extend their streak of eleven consecutive games without losing. The yellows won both derbies this season against their eternal rival (2-1 and 0-1) and now they intend to win the third, which would leave them at the gates of the definitive fight against Girona or Eibar in the decisive tie, in the absence of confirming their classification in the second leg against the Blue and Whites, next Saturday.

It would be enough for García Pimienta’s men to tie the two games -the second after an extension-well there would be no penalty shootout and he would access the grand final for his best final position in LaLiga SmartBank, after overtaking Tenerife on the last day with the victory obtained in Gijón (0-1).

5 players who did not do well in Argentine football but succeeded in Europe
Robert Enke, too human for the world of football
Champion of the Champions League
FOOTBALL 2720