“‘Canelo’ beats drunken cigars”, Antonio Margarito and his ruthless comment towards the Mexican 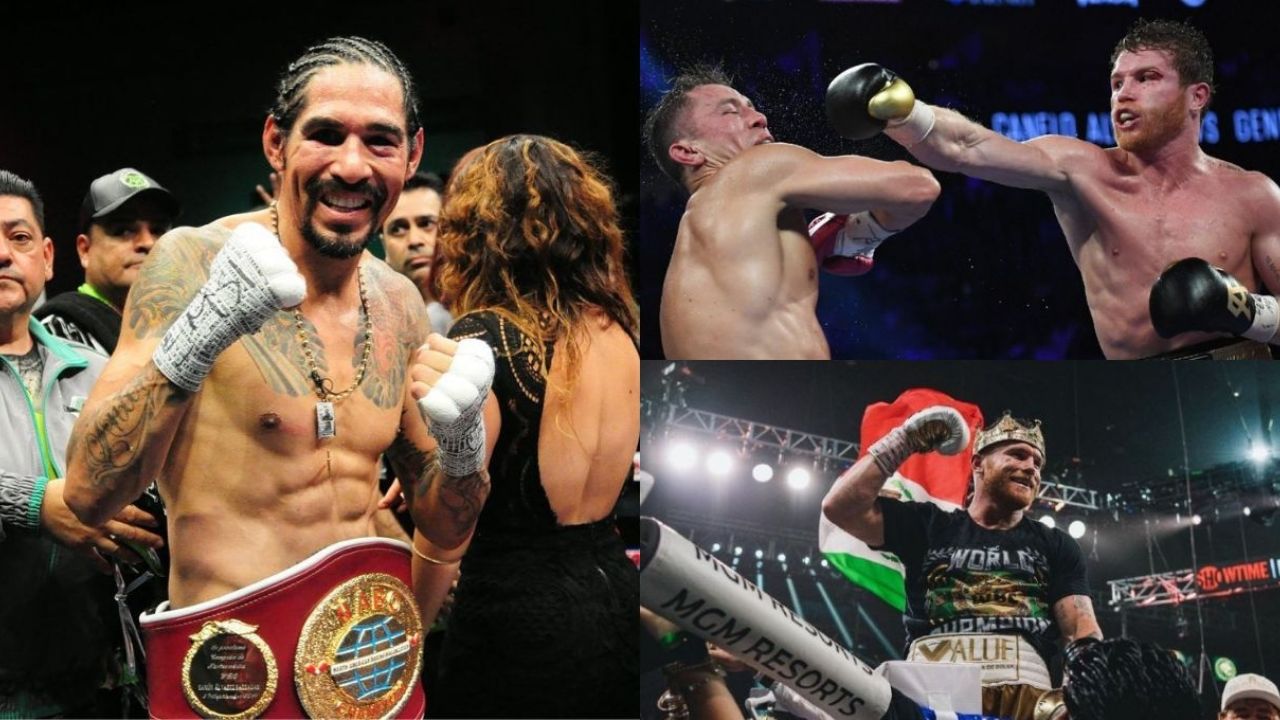 Saul 'Canelo' Alvarez He is constantly criticized by specialists, boxers and fans, since they consider that the man from Guadalajara has won many

Saul ‘Canelo’ Alvarez He is constantly criticized by specialists, boxers and fans, since they consider that the man from Guadalajara has won many titles because his rivals are of low category, as he recently assured Antonio Margarita.

The former champion of the WBO, WBA and IBF welterweight titles in the 2000s, assured that his compatriot has faced pure “indigent”, so only then can he win titles and consider himself the boxer of the moment .

YOU MAY BE INTERESTED: “He could kill me,” says Floyd Mayweather of Antonio Margarito

“’Canelo’ is proving (to be out of series) by knocking out, knocking out who? The drunks on the corner?It’s the truth,” Antonio Margarito told Deplaymaker.

In the same line, the compatriot of the ‘cinnamon’ He stressed that he has not defeated any high-ranking boxer, so that factor prevents the man from Guadalajara from being an elite boxer at the international level.

YOU MAY BE INTERESTED: ‘Canelo’ Álvarez: “I ran out of air”, the boxer’s justification after falling to Bivol

Also ‘The Tijuana Tornado made fun of the triumph he achieved in the past ‘cinnamon’ against Golovkin, since the Kazakh fighter is not a rival that can be considered one of the best in the world.

After the criticisms issued Anthony Margarito, Deplaymaker did not hesitate to defend Saul ‘Canelo’ Alvarezsince he considered that the trajectory that the man from Guadalajara has recorded throughout his career has not been given the value it deserves.

YOU MAY BE INTERESTED: Golovkin mocks the little support that ‘Canelo’ has: “Many Mexicans love me”

“All I’m saying is that you Mexicans are unfair to ‘Canelo,'” commented Deplaymaker.

It should be noted that Anthony Margarito assured that he will recognize the ‘cinnamon’ as a great boxer as long as he manages to defeat a highly prestigious rival, because if he continues to face opponents without much recognition, it will be difficult for him, the public and the specialists to give it to him.

Tags: Anthony Margarito, Gennady Golovkin, Saul Canelo Alvarez
Boxing thanks “GGG” and Murata
“A bee could not explain to a fly that honey is better than shit.”
Trilogies that left their mark on boxing
BOXING 4153

Loading...
Newer Post
LIV Golf Invitational Boston: Schedule, where to watch live and who participates in the circuit
Older Post
The former Institute that changes club in European football September 2022