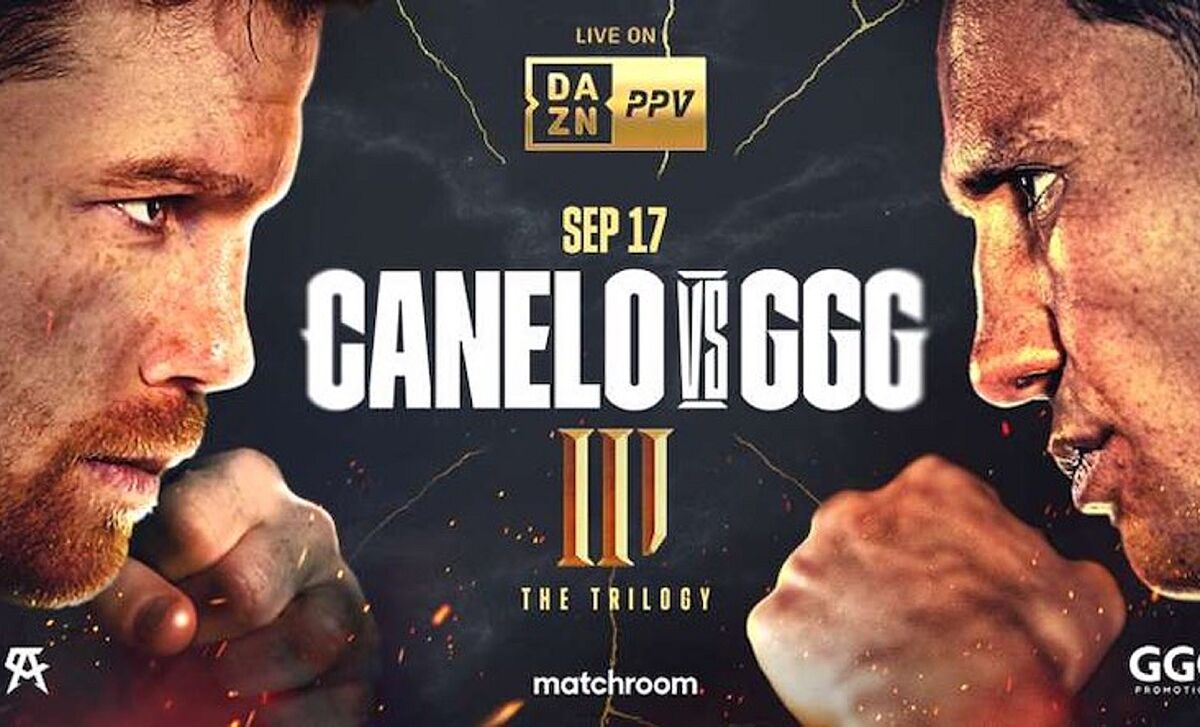 Saul Canelo Alvarez He has received all kinds of criticism at this point in his career: first for his arrogant statements regarding the Russian Dmi

Saul Canelo Alvarez He has received all kinds of criticism at this point in his career: first for his arrogant statements regarding the Russian Dmitry Bivol, before facing him in his most recent fight in May.

Then, the way he got into the ring was questioned, since the semi-complete champion of the WBA He ended up dominating the fight and prevailed with some ease, by unanimous decision.

After losing the lawsuit and recognition as the “best pound for pound in the world”, he was also pointed out for dedicating himself to playing golf for a few days, despite having confirmed the third fight against Gennady Golovkin for next September 17 in Las Vegas.

Despite the comments, the fighter from Guadalajara published a photograph on his account Instagram this Saturday, where he simply wrote: “With head held high” while in the image he appears with bandaged hands and combat shorts, alluding to the fact that he has already begun his physical preparation to face the Kazakh fighter for the third time.

It will be a fight that, unfortunately, has lost interest after Canelo’s loss to Bivol, although he maintains an impressive record of 57 wins, with two losses, two draws and 39 knockouts.

In addition, next week Canelo and Golovkin will make a mini promotional tour in the United States to start heating up the fight, which will be broadcast on PPV through DAZN. The fighters will visit the cities of The Angels and the state of Florida on Friday June 24. While on Monday 27 they will visit New York.

The fight is promoted by Matcroom Boxing, which hopes that it will not be necessary to make a longer tour for the trilogy, which recovers the two controversial results that were in the previous confrontations: draw in the first, held on September 16, 2017 and victory for the Mexican by majority decision on September 15 of the following year. In both, Gennady Golovkin could have been a winner without problems.

However, four years have passed since the last time and the Kazakh is in the final stretch of his career, he is 40 years old and has only fought four times since 2018, although he arrives with an impressive record of 42-1-1, with 37 knockouts.

Under these conditions, people like the former world champion, Tim Bradley they anticipate that Canelo will resolve the fight soon and the fight against Golovkin will be stopped “if they don’t, it will hurt him badly”assured.

It is also possible that the Mexican is more focused on resolving the fight against Golovkin soon, to better focus on a rematch against Dmitry Bivolfor the affront that the defeat in May represented and that it will be a real challenge for his career:

I have to go back to what I used to do. It’s going to be different. This fight with Bivol will make him better, make him stronger mentally and improve his game

Tim Bradley: “I expect a better Canelo when he fights GGG and I say it again, they are going to stop GGG, if they don’t he will hurt him badly

Loading...
Newer Post
Warriors vs Celtics: who will have more home games in the NBA Finals?
Older Post
Boxing: Jake Paul warns to be champion of the light heavyweights and to face Mike Tyson