Canelo vs. Golovkin fight will go on open television 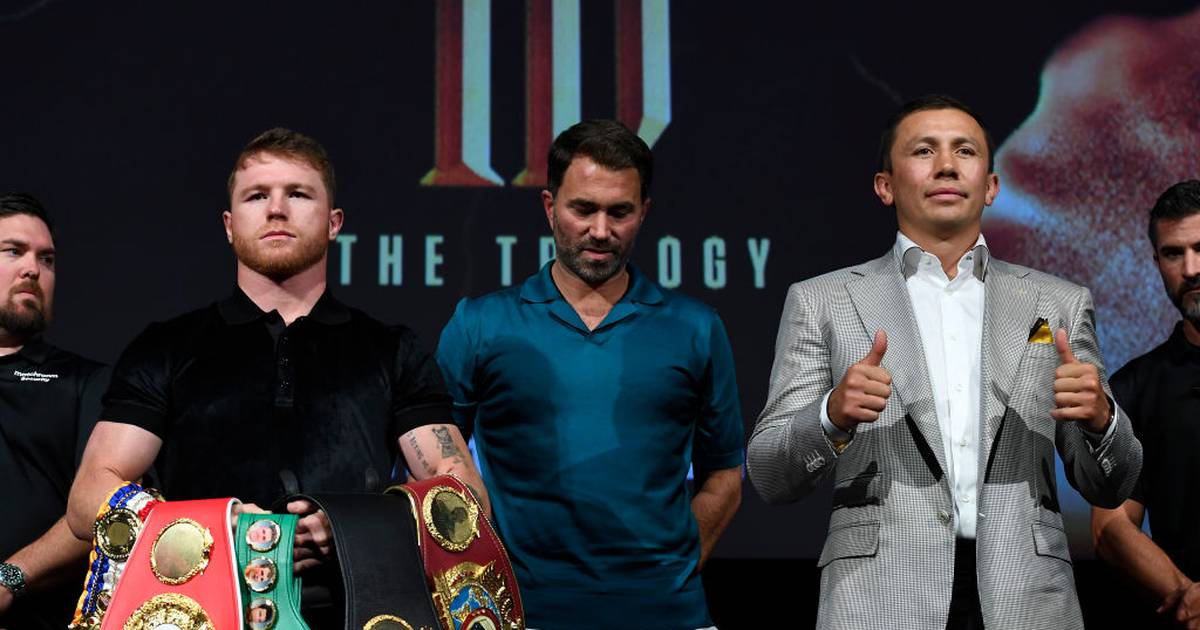 The second half of 2022 is packed with boxing and the great Mexican stars will remain on open television for all fans.This was boasted by Fernando

The second half of 2022 is packed with boxing and the great Mexican stars will remain on open television for all fans.

This was boasted by Fernando Beltrán, president of Zanfer Boxing, during the announcement of the renewal of the alliance with TV Azteca.

“This is a great bet to keep us in the public eye, who, week after week, enjoy the best fights and this semester will be no exception.

Now we will have great world champions and fighters who will please all boxing fans,” he said.

In this event, where the “Box Azteca” presumed that it will feature the trilogy between Saúl Álvarez and Gennady Golovkin, the champions who will be in the functions were also announced.

Pedro Campa against Teófimo López, Andy Ruiz, Jackie Nava, Gallo Estrada, Alan David Picasso, Yamileth Mercado and Omar “Pollo” Aguilar will be some of the boxers who will be on the broadcasts week after week.

“Even though many sports have moved to platforms, boxing is a sport that brings families together. For this reason, we seek to remain leaders and a benchmark in this sport,” said Rodolfo Vargas, TV Azteca commentator.

TV Azteca and its new alliance with Codere

In the event it was also announced that the Box Azteca brand will be allied with the bookmaker Codere.mx

“It’s a great bet, and now we seek to reach more fans through one of the largest bookmakers nationwide, Latin America and Spain,” said Rodolfo Vargas.

With this alliance, now the bookmaker will have greater visibility in the fights broadcast on the “Casa del boxing”, in addition to the fact that users will be able to bet on these functions through the digital platform.

Tags: Canelo Alvarez vs Golovkin, Zanfer Boxing, Rodolfo Vargas
Julio Cesar Chavez turns 60; the boxing world bows down to the legend
The biggest scandals in the boxing world
Gennady Golovkin saw the Caesar of Boxing in the USSR as a child
BOXING 3718