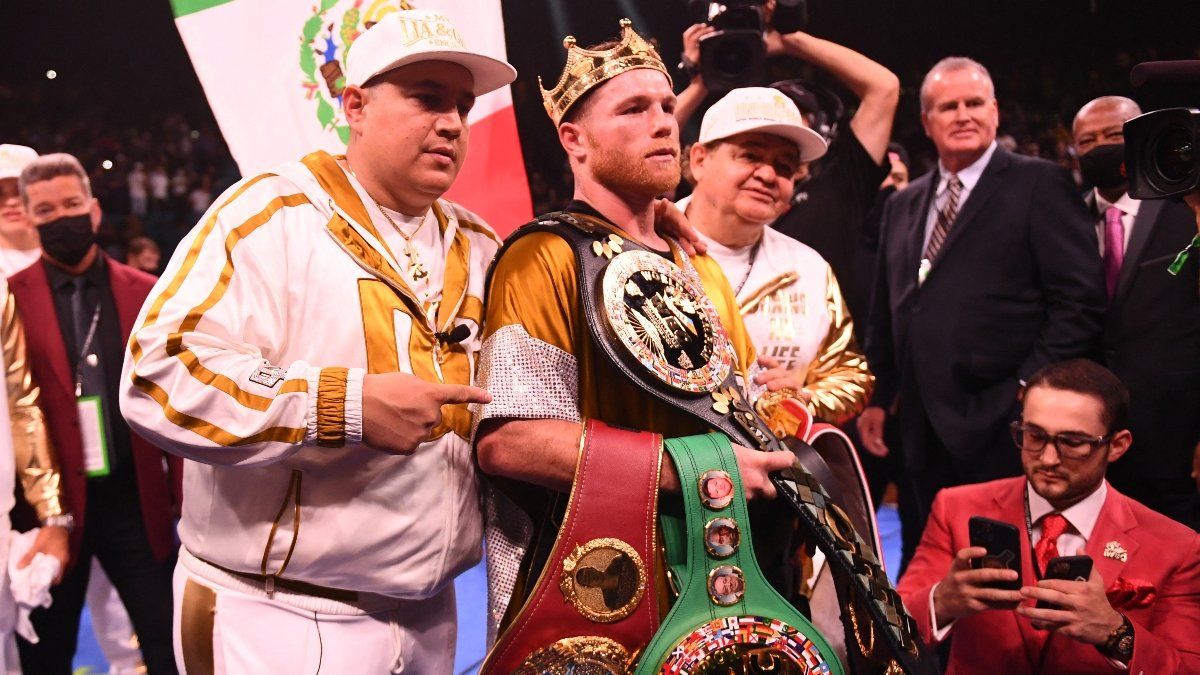 Once Canelo added the 168-pound belt of the FIB to those of WBC, WBA and WBO, which already belonged to him and hung from his arms Saturday night

Once Canelo added the 168-pound belt of the FIB to those of WBC, WBA and WBO, which already belonged to him and hung from his arms Saturday night, the first undisputed super middleweight champion in history was finally able to rest.

“I feel great, but my body needs rest,” declared Canelo with a smile. “I need to recover”.

The victory of Canelo by knockout in 11 rounds versus Caleb Plant It was the culmination of a plan defined by the boxer and his trainer Eddy Reynoso, when they decided that the Mexican he should become the first Latino boxer to simultaneously own all four belts in the same division.

The place of Canelo As the best pound-for-pound fighter in the world he remains confident, but also sets himself apart from the rest of the fighters with this feat. While the four biggest fights against opponents were challenging, negotiating skills and attracting resources were another stumbling block that Alvarez overcame, similar to the challenges he faced in the ring.

Canelo Álvarez of Mexico poses with the belts after defeating Caleb Plant in a super middleweight title unification fight on Saturday, Nov. 6, 2021, in Las Vegas.

The plan of Canelo It began with his estrangement from Golden Boy, his promoter house for many years. Promoter rivalries that frequently prevented the best fighters from facing each other were drastically reduced because Alvarez was able to sign short-term contracts and take advantage of his ability to generate resources to attract champions to face him.

Canelo first won the title AMB and claimed the vacant scepter of the CMB defeating Callum Smith in December of last year, with a one-fight deal with Matchroom Boxing and DAZN. After making a mandatory defense to retain the scepter CMB in February, Canelo broke Billy Joe Saunders’ cheekbone and seized the WBO belt with a contract with promoter Eddie Hearn.

Canelo then he made a deal with promoter Al Haymon’s Premier Boxing Champions. Six months after finishing Saunders, Alvarez struck down Plant and hit the target in front of an enthusiastic crowd in Las Vegas.