Canelo’s coach, Eddy Reynoso assures that the fight against Golovkin will be very different from that against Bivol 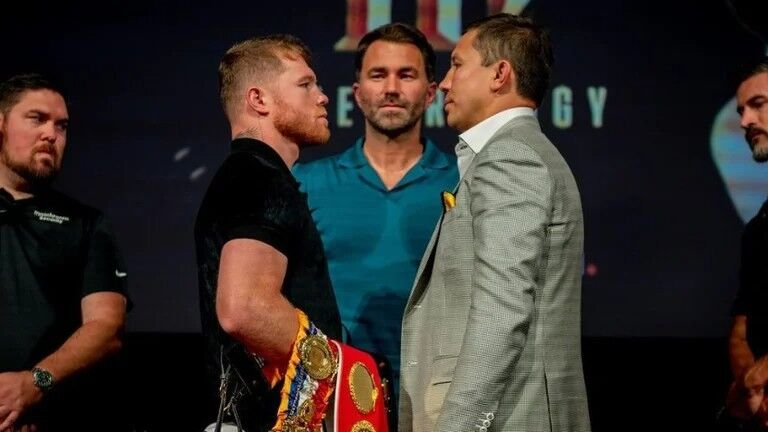 Canelo Alvarez has a huge challenge ahead of him, and that is that a lot of doubts were generated after he lost to bivol in his last boxing appeara

Canelo’s coach, Eddy Reynoso assures that the fight against Golovkin will be very different from that against Bivol

Canelo Alvarez has a huge challenge ahead of him, and that is that a lot of doubts were generated after he lost to bivol in his last boxing appearance, and now he has the tremendous opportunity to redeem himself, sportingly, against Gennady Golovkinbut it will not be an easy fight, and it is that both boxers know each other very well, and thus he analyzed the third battle, Eddy Reynosocoach of the tapato.

For a moment, speculation began that Golovkin already had the key to defeat the Cinnamonand it is that Bivol taught him the way, although that is far from reality, since the boxing qualities of the Kazakh are not adapted to try the same as the Russian, even the fight will be in a different category.

During an interview for the channel YouTube FightHub TVthe son of Chepo Reynoso He denied that Golovkin has the ability to copy Dmitry Bivol’s formula to keep his 175-pound world championship against the Mexican. In addition to highlighting that GGG use the style that he has consolidated over the years, he assured that his physical qualities will prevent him from taking advantage of the Russian’s boxing style.

“I don’t think (I imitate him) because he doesn’t have the same physical qualities. He’s not as long a fighter as bivol, his jab isn’t as long, he doesn’t know how to work as much with his legs. he’s going to do the same thing, to try to win the fight with blows from above and work on the good jab that he already has”, he declared before the microphone.

Golovkin has already mastered a very different style than Bivol.

“He has been maturing. He is a stronger fighter, the punch will never go away. I think the change of coach was good for him because he has shown other things. He has worked more on his defense, he works better on his jab, so I think that is in a good time to fight with Cinnamon“, said Reynoso.

“It could be a close fight, it could be a knockout fight. They both have the same qualities to knock out with one punch, they have stamina. They are strong and brave fighters, so I think it’s going to be a tough fight. can knock out Golovkin), but also Golovkin you have to knock him out. So it’s a competitive fight, partner. Hopefully things go well for us”, assured the coach.

Loading...
Newer Post
There will be no golf in China; PGA and LPGA cancel their tournaments
Older Post
Camavinga changes football for the catwalk and ‘signs’ for Balenciaga