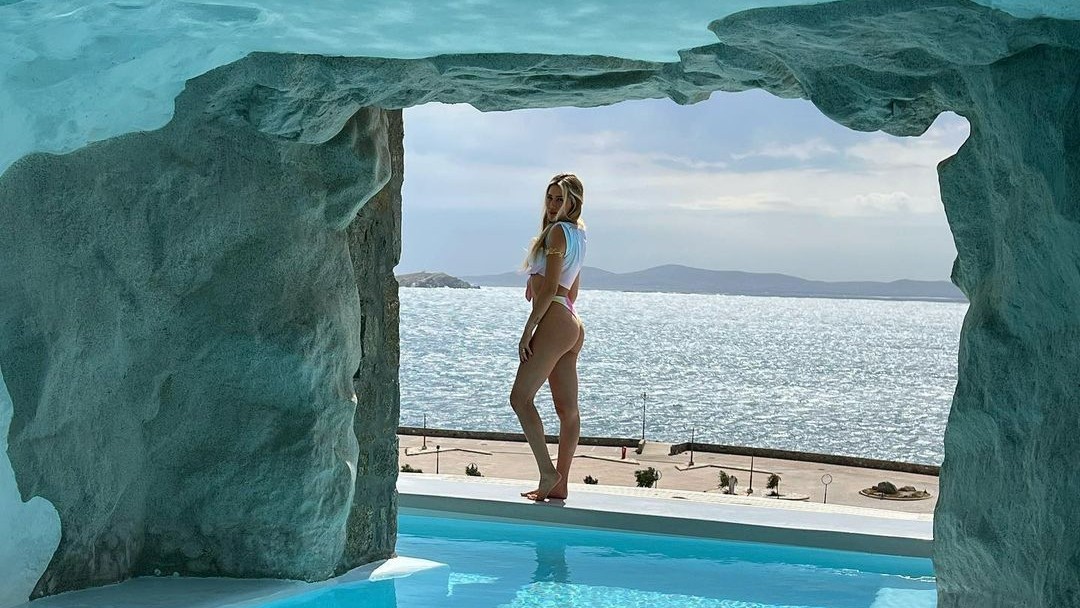 Aothers world champion in four divisions, businessman, golf lover and one of the highest paid athletes today, Sal “Canelo” Álvarez is also a photographer and his wife bragged about it.

On vacation in Greece for a few days, where they celebrate their first year of marriage, Fernanda Gmez has been in charge of showing to his more than 1.2 million followers on Instagram how she enjoys next to her husband.

In an image that he published this Friday, the wife of what was considered the best boxer of the moment was shown in a bikini and with the blue of the sea in the background.

But that was not the only thing that Fernanda presumed, because made it clear that the boxer also knows the photographbecause it was he who captured the image of the model.

“Photo taken by my handsome man,” wrote the model on the social network, in which she also published a video where she appears next to a pool and with the sea in the background, in addition to showing a bit of the wonderful view they have .

Since Monday Fernanda Gmez has published videos and stories where it shows what they do on the island of Mykonos, Greece, celebrating their first year of marriage.

Photos of her, of both, resting, walking the streets of the picturesque city and more Fernanda has shared, while the boxer rests and relaxes after several weeks of intense training for his fight with Dmitry Bivol, which he lost by unanimous decision .

After his rest trip, Canelo is expected to return to work in the gym and decide his immediate future: if he fights with Gennady Golovkin in the trilogy that could be done in September, or if he takes revenge with Bivol.

Tags: Canelo Alvarez - USA Latino
“Canelo vs Golovkin is a boring fight that nobody wants to see”
Mayweather’s physique still holds up compared to Canelo and Joshua
Juan Manuel Marquez: Canelo will knock out Golovkin after eight or nine rounds
BOXING 3221