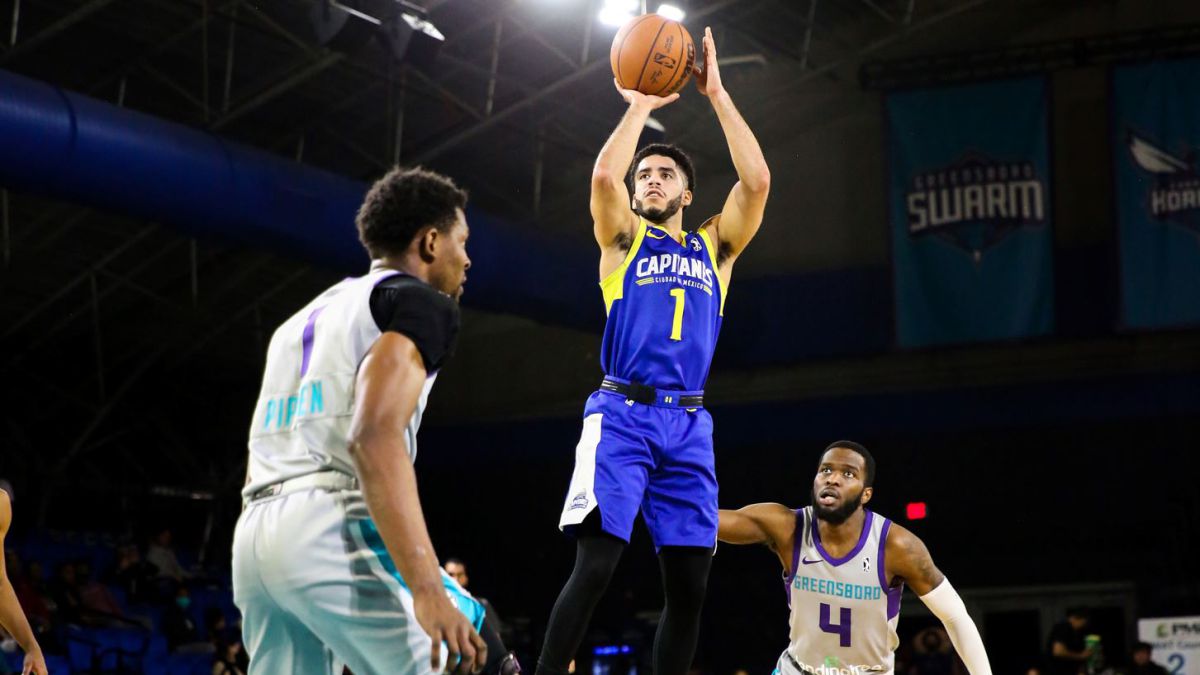 Capitanes de la Ciudad de México lost their first match of the last series they will face in the NBA G League Showcase Cup. As a visitor, the 'chi

Capitanes de la Ciudad de México lost their first match of the last series they will face in the NBA G League Showcase Cup. As a visitor, the ‘chilangos’ stumbled 101-96 against Greensboro Swarm, a subsidiary in the Charlotte Hornets development league, in a game played at the Greensboro Coliseum, in North Carolina. Jordan Howard was Capitanes’ standout player of the night (24 + 4), followed by Justin Reyes, who claimed a triple-double (20 + 11). Cameron McGriff was the top scorer of the game, with 26 points, added to 9 boards.

The capital team dominated the first quarter (20-17) and even enjoyed a double-digit advantage in the second quarter. However, Greensboro began to sharpen its aim (45% from field goals) and adjusted its zone defense to prevent the Rigo Mendoza – Justin Reyes circuit from doing more damage. Half time did not herald the debacle of the third quarter (41-43). McGriff let go of his arm and LiAngelo Ballo, the youngest of the Ball dynasty, showed his imbalance (14 + 3, no losses). Capitanes could not decipher the opposing defense and disconnected: several defense-offense transitions were lost in primary wrong passes.

The maximum difference was 19 points, but the people from the capital did not lose color to the game and almost returned in the last quarter. A 26-41 run set the game red-hot down the stretch, but Capitanes did not take advantage of the opportunities to cut the distance even further and committed unnecessary fouls in the final stretch. clutch. A layup from Rigo Mendoza that would have reduced the game to a deficit of two possessions remained on the glass, and the subsequent foul by Reyes made the comeback impossible. Thus came the eighth defeat in the 2021-2022 season of the G League for a team that will have another opportunity tomorrow to improve their record, which is now 3-8. Greensboro awaits a new account.

The Capitanes coach, Ramón Díaz, was self-critical of his team’s performance: “It was a bad game. We weren’t able to connect. Except for the last quarter, in which we pulled with heart and breed, the first 36 minutes we didn’t play well.. We have not been successful at long distance shooting. His zone defense hasn’t allowed us to find Tyler Davis. We have made up the percentage of shots a bit, because we got to be 14% in triples. This makes it very difficult for us to compete. “ However, the final reaction gave the Spanish coach the feeling that the team can reach high levels of play: “I’ll keep the positive part of the last quarter, with that extra effort to reduce the score. You have to reset your mind. Correct mistakes that we have had, which are many, and tomorrow prepare a game from scratch “.