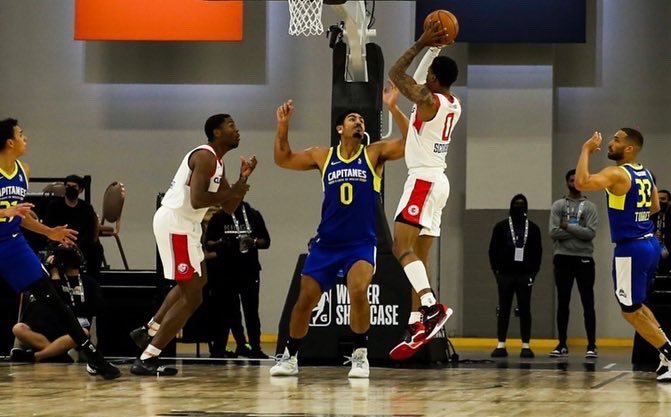 The Mexico City Capitanes stumbled against the Agua Caliente Clippers by a score of 113-90, but they made NBA G League history.

The CdMx team was the first to line up five Latino players on the court. On this occasion, the Capitanes starting quintet was made up of two Dominicans, two Puerto Ricans and a Venezuelan (Rigoberto Mendoza, Mike Torres, Tyler Davis, Jodan Howard and Garly Sojo).

The Mexico City team failed to get the first victory in their participation in the Winter Showcase in Las Vegas. Capitanes closed the first quarter with only four units under the scoreboard (29-25) and went into halftime with a ten point deficit (57-47).

For the second part of the meeting, Agua Caliente did not allow Capitanes turn the scoreboard by securing the third quarter by 89-69 and ending the match with a difference of 23 units.

Tomorrow, Capitanes will play their second Winter Showcase game against the Westchester Knicks.