Cardinals are chosen for the ‘Hard Knocks In Season’ 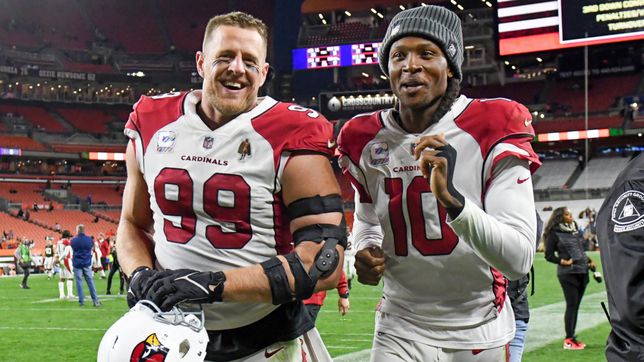 The Arizona Cardinals, a team that will visit Mexico City in November, will be the protagonists of the second season of the docuseries 'Hard Knocks

The Arizona Cardinals, a team that will visit Mexico City in November, will be the protagonists of the second season of the docuseries ‘Hard Knocks In Season’ during the fall.

‘Hard Knocks In Season’, which won 18 Emmy Awards, debuted last year with the Indianapolis Colts featuring one episode a week with its exclusive all-access coverage documenting an NFL franchise during the season and in real time.

The series will be available on HBO and will stream on HBO Max throughout the 2022 NFL season beginning in November.

Your presence in Mexico

The Cardinals will play on November 21 at the Azteca Stadium against the San Francisco 49ers, the second time that both franchises meet in Mexico City in a regular season game.

“Last season, Hard Knocks took an unprecedented leap, documenting an NFL regular season in real time for the first time with the Indianapolis Colts,” said Keith Cossrow, vice president of NFL Films. “It was a vivid and illuminating look at the life of an NFL team. This season, we can’t wait to build on that success and go even further with one of the most exciting teams in the NFL. We can’t wait to get to work in Arizona and thank Michael Bidwill, Steve Keim, Coach (Kliff) Kingsbury and the entire Cardinals organization for this opportunity.”

“We are excited to feature the Arizona Cardinals at Hard Knocks during the NFL regular season in the next installment of Hard Knocks In Season,” said Nancy Abraham and Lisa Heller, co-heads of family programming and documentaries for HBO. “We couldn’t be happier to continue to expand our tremendously successful partnership with the NFL and grow the Hard Knocks experience for our viewers. We are delighted to have the Cardinals join the list of teams that have graciously invited our audience into their world.”

This will be the Cardinals’ first appearance in the Hard Knocks franchise, which originally launched in 2001.

The preseason edition of Hard Knocks will resume with the Detroit Lions, in the five-episode series debuting on Tuesday, August 9.

Antonio Brown mocks Tampa Bay’s elimination
4 teams that will not return to the Playoffs in the 2021 NFL season
Is Dak Prescott one of the top 10 quarterbacks in the NFL?
NFL 312