Carla Esparza is in Ecuador, before defending her title in the UFC 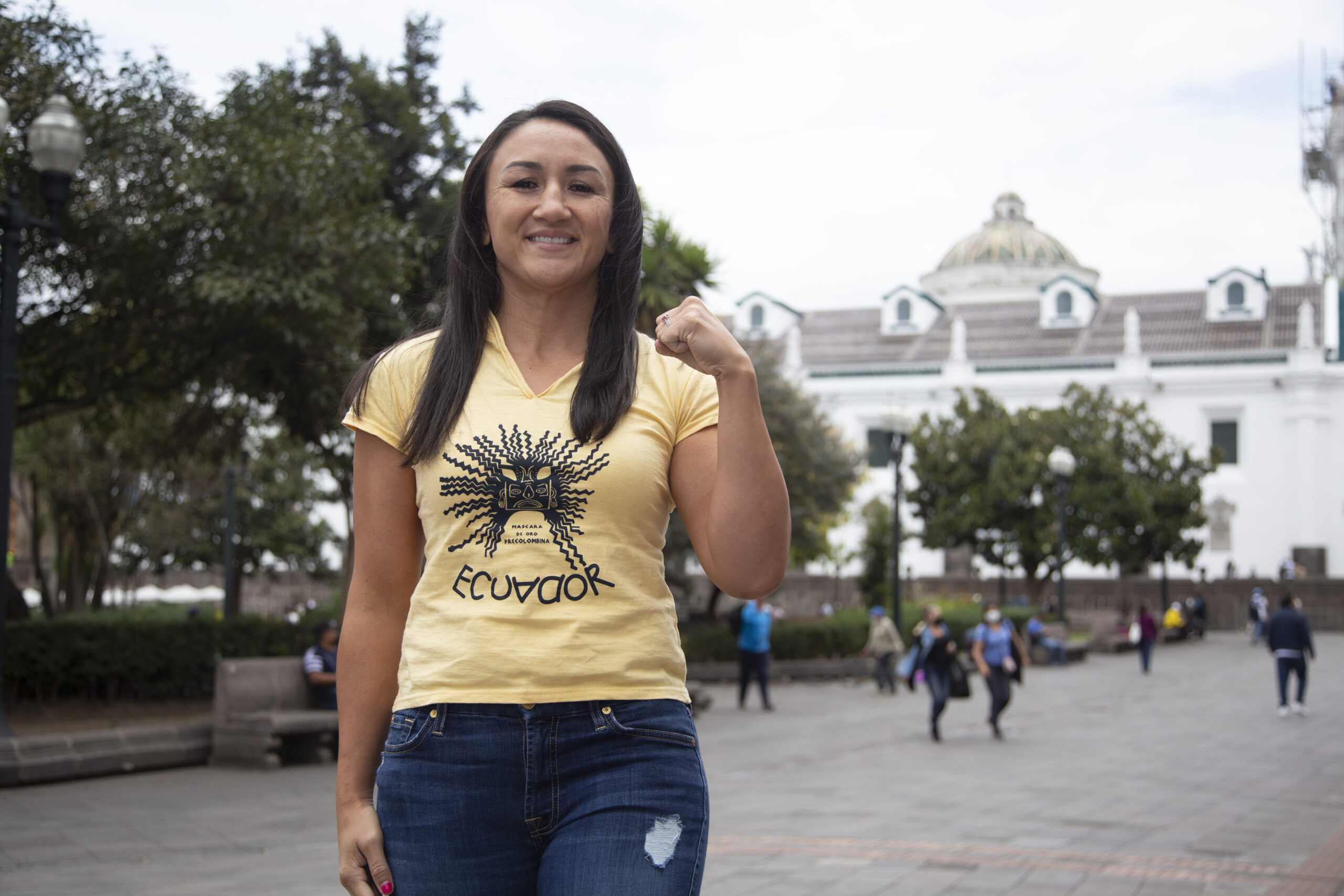 The American of Ecuadorian mother, Carla Esparza and current champion of the UFC visited her relatives in Quito. Photo: Diego Pallero/ El Comercio

Carla Esparza is in Ecuador, before defending her title in the UFC

The American of Ecuadorian mother, Carla Esparza and current champion of the UFC visited her relatives in Quito. Photo: Diego Pallero/ El Comercio

Although he was born in the United StatesCarla Esparza carries Ecuadorian blood in his veins and does not forget his roots. The UFC strawweight champion he has a strong link with the country and is visiting, before defending his title.

In the traditional house of his family, located in the historic center of QuitoEsparza received the team from TRADE and spoke exclusively. In a house with more than 100 years of history, where his grandfather and his mother moved after leave Tosagua, Manabí, the fighter reconnects with her affections and her origins.

Amazing to have an Ecuadorian fighter headline a UFC card!! Let’s get a card in ECUADOR 🇪🇨 🇪🇨❤️🇪🇨 #Ecuador pic.twitter.com/Sqhhlj6Bsc

On repeated occasions, the athlete has shown the close connection she has with Ecuador. on one of his legs has the coat of arms of Ecuador tattooed and, in turn, in his training clothing he has shown the flag and has posed with allusive clothing. Likewise, she has gotten together with colleagues like Marlon ‘Chito’ Vera, Manabi fighter who works in the same organization.

Your stay it will be nine days and will take advantage of it to share with your family. Within the agenda that he has planned go to tourist destinations, as well as moving to Tosagua.

Carla Esparza with her relatives, in the house located in the Historic Center of Quito. Photo: Diego Pallero/El Comercio

“I’m really happy to be here. I have visited places like the Middle of the World, the Carondelet Palace and I have enjoyed traditional foods,” said the athlete. This is the fourth time she has been on tricolor soil and points out that her family connection It has been essential to narrow this bond.

Her time to vacation has not taken her away from the upcoming commitments and challenges that she will have in her career. The UFC confirmed the The next fight that Esparza will play will be against Zhang Weili, to defend his title. The fight is scheduled for Saturday, November 12 at the Madison Square Garden in New York.

Next fight and title defense

The preparation, as for his past fights, will be arduous and will start in the coming days. In turn, the athlete knows that You will have to be careful before your next opponent, Well, his last commitment was won by knockout, against the Polish Joanna Jedrzejczyk, last June.

Regarding the strategy that he will adopt, he pointed out that he must be prepared for anything and highlighted the virtues of his rival. There he mentioned that his adversary mHe improved his way of fighting, so There is no plan yet with certainty.

As the show approaches, the intensity and elements of your training will increase. practice sessions take place two to three times a day. The techniques to take into account will be wrestling, boxing and Jiu-Jitsu.

“There is a lot to learn and little time. For this I will do my best,” said Esparza, who won the title in May 2022, tras defeat Rose Namajunas, by split decision.

The UFC in Ecuador?

As a reason for his affection and with the desire to promote the country in quality of sports ambassador, orOne of its objectives is to celebrate an event of the CFU on tricolor soil. He shares that dream with Marlon Vera and Michael MoralesEcuadorian representatives in the company.

With the recent victory of Vera before Dominick Cruz, the eyes rested on Ecuador again. After the win, Danna White, head of the entity, referred to the possibilities that it meets the ideal. The president maintained that he has the conditions to set a billboard anywhere in the world and that, “if he did, it would be with ‘Chito’.”

Esparza would also like be part of the event if it happens. The fighter talked with ‘Chito’ partner and they agreed to promote the proposal and that it can be realized.