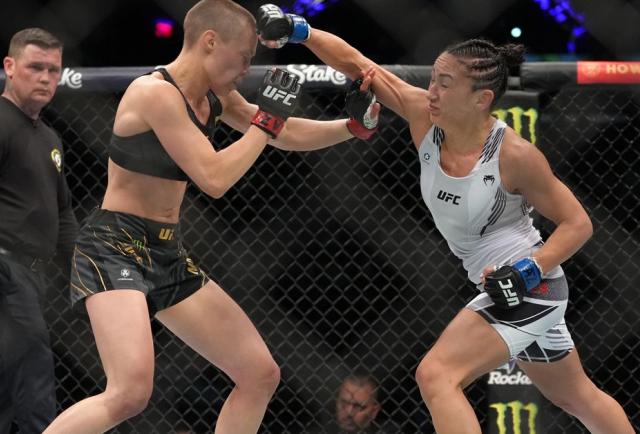 The American with Ecuadorian roots, Carla Esparzasnatched the title of straw weight by split decision to his compatriot Rose Namajunas in a gray and disappointing fight, on the night of Saturday, May 7, 2022, in UFC.

Luna and Linares, at the gates of the UFC

Namajunas did not propose anything and left the decision to the lottery of the cards. The coin did not fall on his side. Almost non-existent exchanges, Rose did not want to take risks and Esparza did not try to step forward. The champion feinted, but did not hit and the challenger could not even close the distance to generate some danger with his fight.

An shy demolition of Esparza seemed to liven up the fight, but nothing like that. ‘Thug Rose’ displayed great mobility. Namajunas was changing guards, moving his head and attacking angles, but he didn’t throw any punches. Perhaps some loose left, but without the intention of lengthening the combinations.

Boos at the Phoenix Footprint Center (USA). The judges qualified the little action that there was in favor of Esparza, who won Namajunas again 8 years later.