Carlos Cuadras praised the level of boxing in Hidalgo 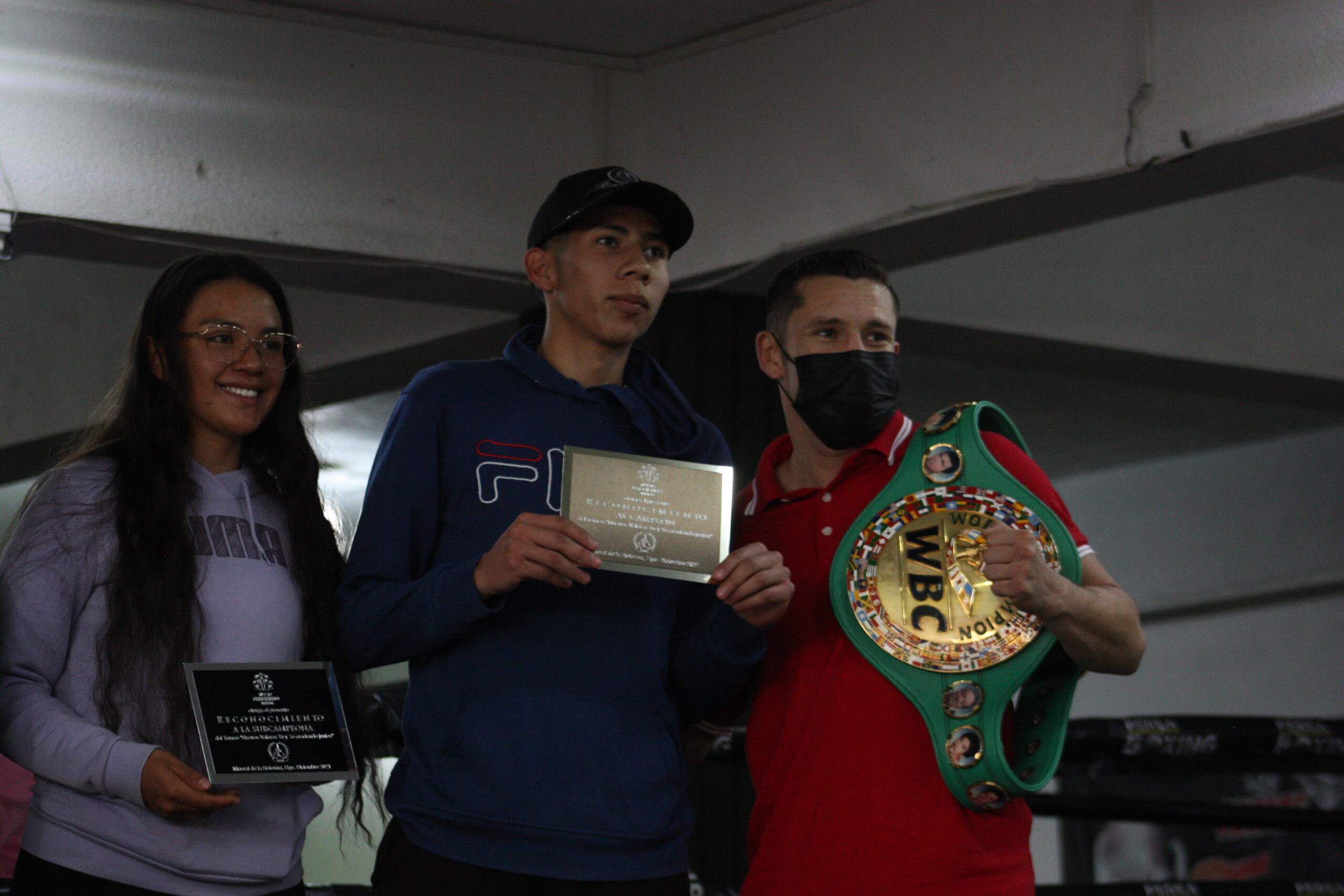 The last function of the Nuevos Valores tournament, organized by the Hidalgo Amateur Boxing Association at the Gym Perea Boxing, was carried out

The last function of the Nuevos Valores tournament, organized by the Hidalgo Amateur Boxing Association at the Gym Perea Boxing, was carried out with the presence of the professional boxer Carlos Cuadras.

The Prince led the awarding of the champions of the contest, praising the capabilities of each exponent who went into the ring yesterday.

“I see that there is a good level, with competitors who can face any fighter at the national level. What they do in these tournaments is that the boys are fired up and learn more ”, he mentioned in an interview.

He also shared that watching this rookie contest made him travel back in time to remember his beginnings in boxing, a sport in which he reiterated to young people there are many ups and downs.

“It is very pleasant to remember when I was in these walks, in amateur championships; (I’m) very happy to come and motivate the new prospects; to tell them that it is possible, that they all go through there; that sometimes you lose and sometimes you win, but I think that sometimes by losing you gain more, because you gain experience ”, he added.

He reiterated that one of the advice he leaves is that “never give up, that they are always training, that discipline and perseverance are the basis of success; there is no other way than to be in the gym and get away from bad friends ”.

Finally, in terms of his career, he warned that in 2022 he will seek a new championship, in the commitment he has already agreed against against the Thai Srisaket Sor Rungvisai, whom he already defeated in 2014.

“We dropped a fight, but it was postponed until February 5, when he fought again for a world title; that belt is going to come to Mexico ”.