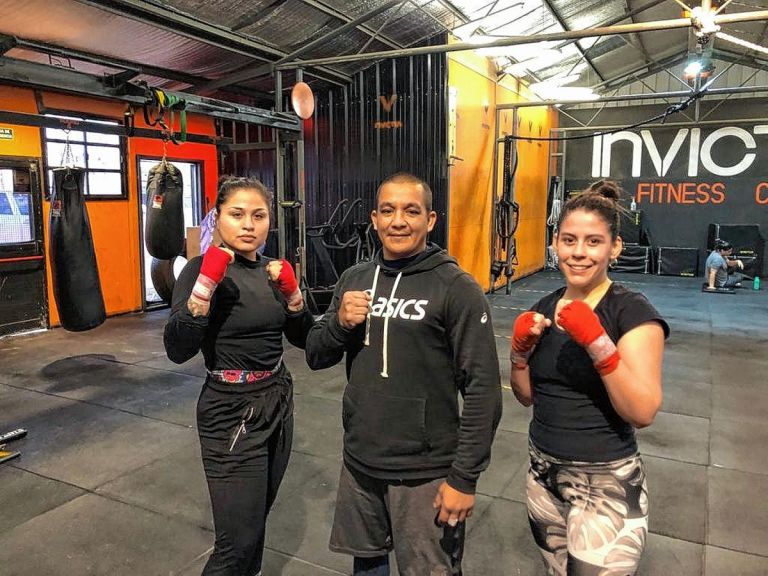 Rada Tilly will once again have an amateur boxing festival in the facilities of the Multipurpose Room of School 718, next Saturday the 27th. The p

Rada Tilly will once again have an amateur boxing festival in the facilities of the Multipurpose Room of School 718, next Saturday the 27th. The promoter Carlos Lago, in dialogue with Chronicle told some details of the festival that will have boxers from Trelew, Esquel, Caleta Olivia and Comodoro.
It has been two decades since Rada Tilly had a boxing festival, in this case it will be thanks to the initiative of promoters Carlos Lago and Vicente Arisnabarreta who work together to make this happen. “I think that since 2002 nothing has been done in Rada Tilly. The truth is that I am very happy, very happy, I received incredible support from the Sports part, with Jorge Mérida, from Rudy Ivancich who is in the qualifications part , by Mayor Luis Juncos, very happy with everyone On the other hand, having the support of Ente Comodoro Deportes, with Hernán Martínez and Martín Gurisich who are going to collaborate with the ring, they lend us the ring, more armed and unarmed. They are the ones who know and are on the subject.”
“The Invictia gym acts as a place where César Irala is as a trainer, it was given to him, he was lucky that two girls appeared, Oriana Figueredo and Camila Victorino, one from Trelew and another from Buenos Aires who is going to debut, but with all the desire to fight. We will be part of this group with “Vasco” Arisnabarreta and also with Irala. Boxers from Trelew, Esquel, ours from Comodoro and Caleta Olivia will come. Trying to find a rival for Narváez Jrs. “He is a difficult figure to find a rival for. He is very young but has a lot of experience and fights, with a promising future. It would be a pleasure to have him at the event in Rada Tilly and not to mention the accompaniment of his father,” says Carlos Lago.

Oriana Figueredo and Nerina Matthysse in central fight
In the background fight, Oriana Figueredo, trained by César Irala, will face Nerina Matthysse, pupil of the great Cuban coach Ivan Díaz. In the middle ground, there will be Ariel Huenullanca from the municipal gym number 2, a boxer from Lago Box, with Carlos Aylan from the northern area of ​​Comodoro, from Próspero Palazzo, trained by Vanesa Vanesa Moreno.
“The festival takes place in the SUM of the Rada Tilly School 718, general admission will cost 1000 pesos. It will be a kind of general ring side because the grandstand is very small, we calculate between 500 and 600 seats. Very grateful to the director of the Escuela 718 and the cooperative for lending us the place. Advance tickets are already on sale at Invictia during business hours, although it is still open until 10:00 p.m.,” said promoter Carlos Lago.
The control will be in charge of the Municipal Boxing Commission of Comodoro Rivadavia, whose president is Rodolfo Simos, endorsed by the Chubut Boxing Federation.

Boxer ‘Ferrari’ Roslik ‘run over’ YouTuber and almost knocked him out during interview
Boxer Jean Carlos Caicedo wins the silver medal at the Bolivarian Games
Boxing: Joshua is still looking for a coach and has already tried Tyson’s coach
BOXING 4149