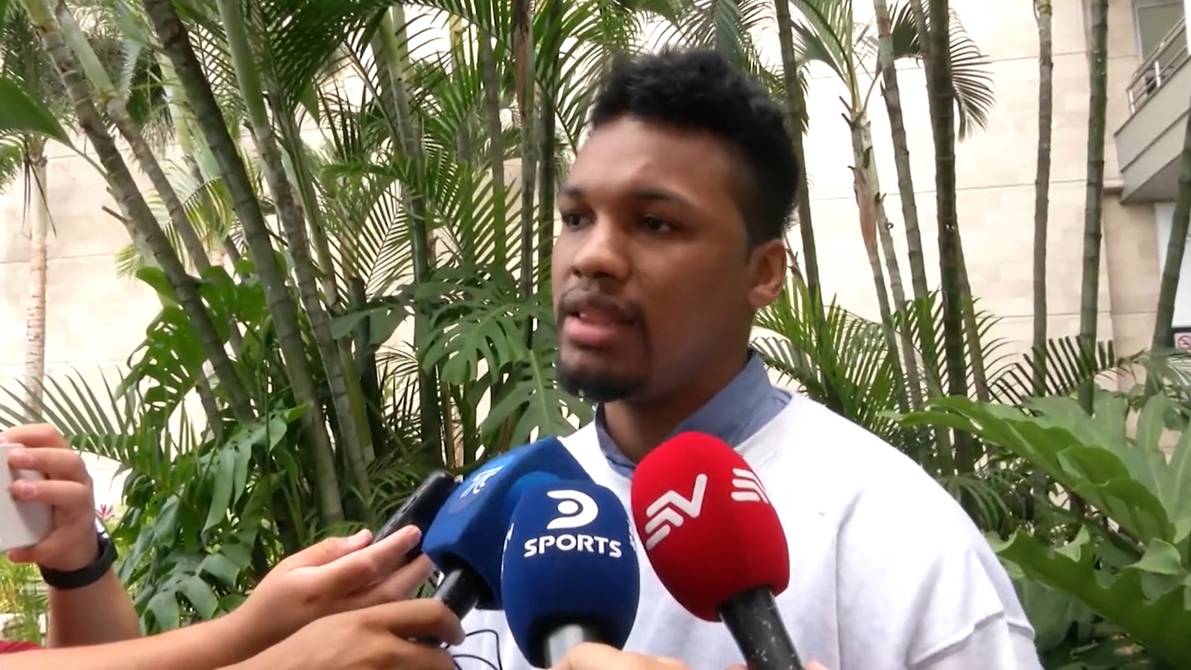 In Instagram stories, the fighter appears dressed in a COE shirt. Right now he is in Puerto Quito with relatives.November 25, 2021 - 10:36 am“We a

In Instagram stories, the fighter appears dressed in a COE shirt. Right now he is in Puerto Quito with relatives.

“We are ready; We are already starting ”: the Guayaquil Olympic boxer Carlos Mina, who was detained for more than two years in a United States prison, hopes to gain momentum surrounded by his closest relatives in Puerto Quito and rediscover the version of 2019 that led him to be considered the greatest exponent of national boxing for the fifth place he achieved in the Olympic Games in Rio de Janeiro 2016 and the bronze in the Absolute World Championship in Hamburg 2017.

Through some videos published in stories on her Instagram account, Mina claims to be “ready” (ready) while exercising with movements in a small space.

The boxer appears dressed in a shirt of the Ecuadorian Olympic Committee (COE).

“To those who see me out there, those who follow me: we have already started; couple of days, couple of months, we are on top of the ring, “he said.

Mina obtained an Olympic diploma during her participation in the Rio 2016 Games, and has also achieved success in her participation in the Olympic Cycle tournaments, such as Bolivarianos, Sudamericanos and Panamericanos. The latter were the letterhead for the private company to put its eyes on it to support it in its preparation for the Tokyo 2020 Games to which it finally did not arrive.

In 2017 he trained for a time at the Mayweather Boxing Club, in Las Vegas, in the United States, with Floyd Mayweather (father of the former champion of the same name and who led his son, Oscar de la Hoya, among other former champions).

Mina was the first Ecuadorian to obtain a bronze medal at the World Boxing Championship in Hamburg, Germany, in 2017.

In 2018 he achieved two championships: in the Belgrade Winner International Boxing Tournament in Serbia and in the Pacific Cup of Guayaquil at 81 kilos.

He returned to Ecuador on Friday, November 19, after he was released from a US prison on October 26 and transferred to a migrant center.

According to a statement from the Ministry of Sports, the Guayaquil fighter was in the county detention center (United States) since May 2019 and was finally released after serving the 850-day sentence.

Last Friday he was received by family members, the recent Olympic competitor Jean Carlos Caicedo and by representatives of the media at the José Joaquín de Olmedo airport and on approximately last Sunday he moved to Puerto Quito, according to EL UNIVERSO. (D)

Sanfernandino boxing will hold an evening after almost two years.
Boxing: Amir Khan, after being evicted from a plane: “We are not all terrorists”
Expectation in La Pila for boxing function
BOXING 884